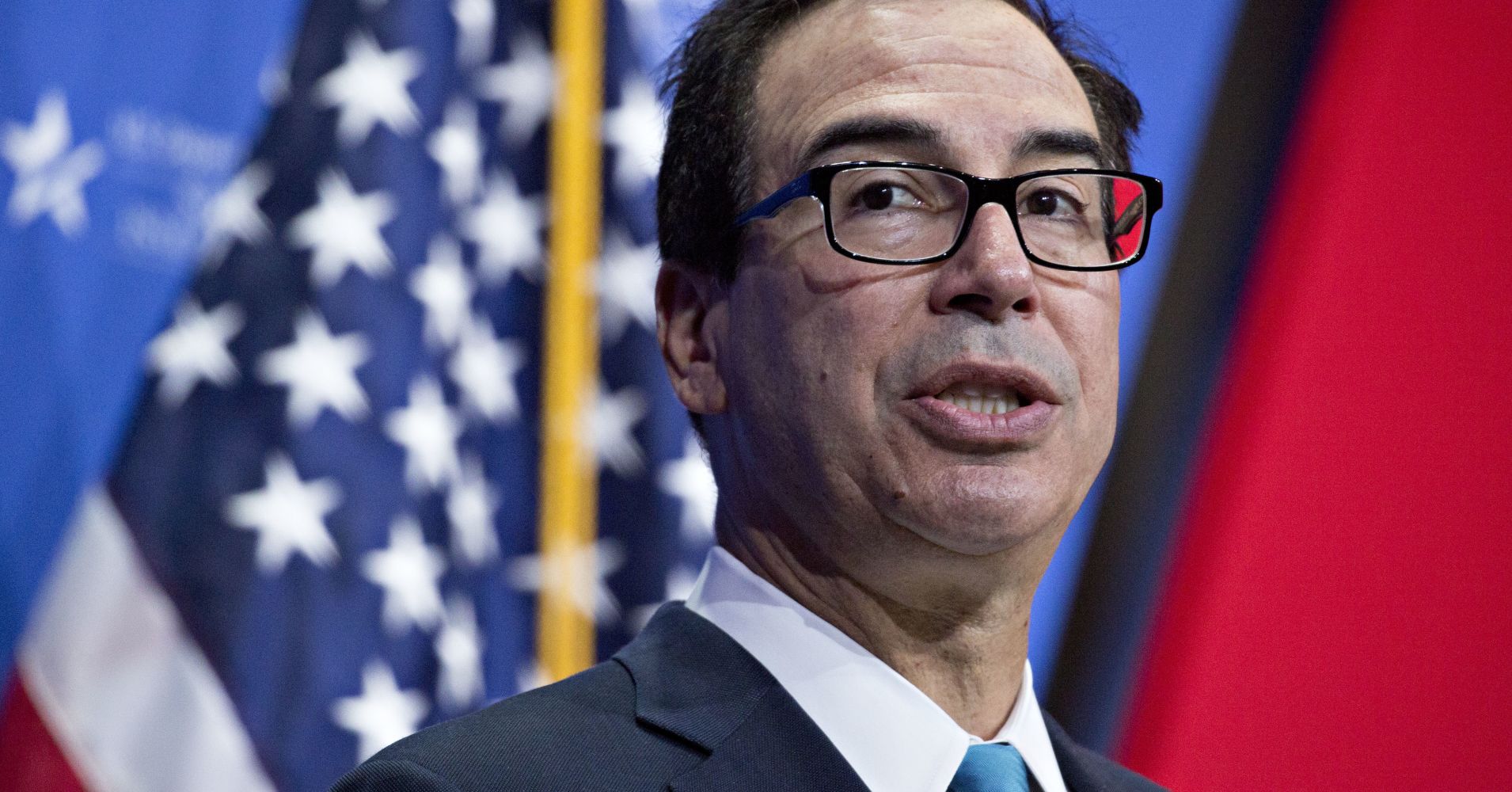 The Treasury and IRS have issued new rules that will block blue states’ attempts to circumvent the new $10,000 cap on state and local tax deductions.

The $10,000 limit on the so-called SALT deduction was part of the Tax Cuts and Jobs Act, an overhaul of the tax code, which was passed last year.

New York, New Jersey and Connecticut — among the states with the highest property taxes — had put legislation in place to help taxpayers bypass the limit on the deduction.

Those plans included permitting municipalities to set up charitable funds and allow taxpayers to contribute to them.

“The proposed rule will uphold that limitation by preventing attempts to convert tax payments into charitable contributions,” he said.

In addition to permanently trimming the top corporate rate to 21 percent from 35 percent, lawmakers also slashed rates on individuals across the board and roughly doubled the standard deduction — but those changes are in effect only from 2018 to the end of 2025.

The new tax law also eliminated personal exemptions and cut most deductions. Though the SALT deduction remained, the $10,000 limit means that homeowners in states with the highest property taxes and home values will feel the brunt.

In 2015, the average SALT deduction for New Yorkers who claimed the break was more than $22,000, according to the Tax Policy Center. In New Jersey, the average deduction was around $18,000.

See below for more details.

New York, New Jersey and Connecticut have passed legislation that would permit residents to get around the SALT cap.

One of those concepts includes permitting municipalities to establish charitable funds for contributions from taxpayers. Those taxpayers would be able to claim a state tax credit. If they itemize, they may claim the charitable contribution on their tax returns. The IRS proposal would largely bar those moves.

These three states, along with Maryland, have also filed suit against Treasury and the IRS, alleging that the $10,000 limitation on SALT deductions is an “unconstitutional assault on states’ sovereign choices.”

The proposed regulation states that if a taxpayer receives a benefit — say, a state or local tax credit — for having made a charitable contribution, then that taxpayer must reduce the amount claimed as a charitable deduction on his or her federal return.

If the tax credit received is less than 15 percent, then the tax payer would get the full charitable deduction.

“Imagine that you made a $100,000 contribution and you receive a 75 percent state tax credit,” said Jared Walczak, a senior policy analyst at the Tax Foundation. “Your contribution cost is only $25,000 and the state is giving you back $75,000.”

A research paper authored by a group of tax law academics called out more than 100 of these programs in 33 states, including plans that cover conservation easements and private school tuition scholarship programs.

For instance, businesses and individuals who pay taxes in South Carolina can donate to Exceptional SC, a scholarship fund for kids with exceptional needs, and claim a dollar-for-dollar tax credit against their state income-tax liability.

“There are regimes that give you a credit that exceeds 15 percent; many states fall in that category,” said Daniel Rosen, a partner in the North America tax practice group at Baker & McKenzie.

“While this approach may protect certain state regimes that predate the tax reform, it doesn’t protect all of them,” he said.

Written by <a href="https