The calculation kings: how ConvEx sorted out a CB muddle 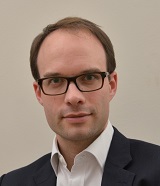 Calculation agent: it might not sound like something to get the blood racing, but it is at the heart of one of the biggest changes in Europe’s convertible bond market in the past decade.

For every single deal, someone has to work out how any corporate action by an issuer might affect the number of shares a bondholder will receive. And that’s just for starters. With all their bells and whistles, equity-linked instruments are decidedly high-maintenance products.

Until 2012 there simply was no dedicated calculation agent in the equity-linked market. About one-third of issues – mostly German deals – had someone formally designated to carry out the role, typically the paying and conversion agent.

But their expertise tended to lie elsewhere, in moving money and stock from A to B – an equally vital, but quite different, role.

Enter ConvEx Advisors, a firm set up in 2012 by Mark Dalton, a former head of structured equity capital markets at UBS. He originally conceived of the firm as an adviser to corporate equity-linked issuers, along the lines of what he had been doing in his 11 years at UBS. What evolved was a little different to that.

Dalton was quickly joined by Francois Cormier, and then in 2015 by Jan Stodieck and James Eves – all three fellow ex-UBS colleagues. During their time as originators, they had become used to getting calls from issuers asking for help on adjustments to the conversion prices of outstanding deals. That can happen for all sorts of reasons: rights issues, dividend payments, spin-offs and so on.

Such requests were not exclusive to UBS. For deals where no calculation agent role had been formally specified, issuers would contact a friendly bank – often the lead manager of the deal – to help out.

Mistakes were common across the whole market. Delays were legion. Investors might wait weeks or months for the information they needed. It was not unknown for even large corporate issuers to miss an adjustment completely, before having to call in an independent adviser to sort out the situation long after the event.

There were other concerns too. Asking originators of a deal to help out with the calculations on a bond in which the same bank might be making a market raised potential conflicts of interest – despite the fact both were operating on different sides of a wall. At the very least it looked bad.

Against that backdrop, Dalton reckoned those that had been lumbered with the task, as well as all those asked to help out informally, would jump at the chance to offload the responsibility to a dedicated third party.

He was right. Something like 95% of European convertible bond issues now have a formal calculation agent. In practically every case, it is ConvEx.

It started, ironically, in Germany, where a particular situation required the paying agent to ask an external party to perform the calculation role on a deal in 2012. A few more German deals followed and then the business took off.

Carrying out the role effectively means reviewing every piece of documentation with a fine toothcomb. Eves reckons it is the most valuable part of the service, as it gives the deal’s bankers and lawyers – who are engaged with the complexity of actually launching the deal – another set of eyes that are dedicated to that one task.

“It is not just going through the adjustment clause,” says Eves. “As important is knowing the 10 other paragraphs that you need to know about to operate it properly, or to know when it doesn’t need to be operated.”

Since starting, ConvEx has now notched up about 200 deals, meaning that it has worked on more than any individual bank’s team and probably more than most lawyers. Its experience means it is now frequently engaged to advise on terms and conditions ahead of a deal.

It isn’t a trading house, but it is also able to advise by virtue of its continuing dialogue with the buy side.

The moment of conversion of a bond might seem relatively simple, but for an investor there is a fairly complex process that involves going through their prime broker, then through clearing, then through the conversion and paying agent. It might take days to receive the shares or even to understand precisely what they will receive.

This is where a calculation agent can step in, helping investors to understand quickly what they will receive and how it has been calculated. But it also looks to get ahead of the game.

“One thing we are trying to do is to proactively spot corporate events that might trigger an adjustment,” says Cormier. “We don’t wait to be asked by the issuer.”

ConvEx might have conquered Europe, but the reality is that it is a small market. Surely the US market, with its far greater number of deals, seems ripe for targeting?

In theory, perhaps, but not in practice – or not yet at least. As in the straight equity market, banks are handsomely rewarded with fees in US equity-linked, unlike the pittance often doled out to their European counterparts. The calculation agency role is one for which US equity-linked desks can readily equip themselves.

European investors do grumble at times that things could be improved, but right now there seems little scope to build an independent business there.

Asia, with its fragmented market structure, poses challenges to both the buy and sell side that a firm such as ConvEx might be suited to meet. Investors already informally approach the firm for assistance, but expanding into that market is not so easy. ConvEx does not discuss its fees, but one assumes they are not exorbitant, given the take-up in Europe.

Even so, Asian deals are already thinly rewarded. Issuers might balk at paying a cent more than they already are.

Legal and regulatory jurisdictions vary wildly across the region. That in itself ought not to pose the biggest problem, given that ConvEx already copes with big differences even within Europe. The real problem – and resource requirement – is language.

“The terms and conditions on a French or German deal can be very different to one executed under English law,” notes Cormier. “But at least documentation language is not an issue for us as we have full French and German language capabilities in the team.”

More achievable is growth through expanding the range of products that the firm works on – a plan that is already under way. The obvious move was to push into capital securities with equity conversion features, so additional tier-one for banks and restricted tier-one for insurers. ConvEx has already been mandated on these.

However, there are also features of conventional bonds that can benefit. ConvEx