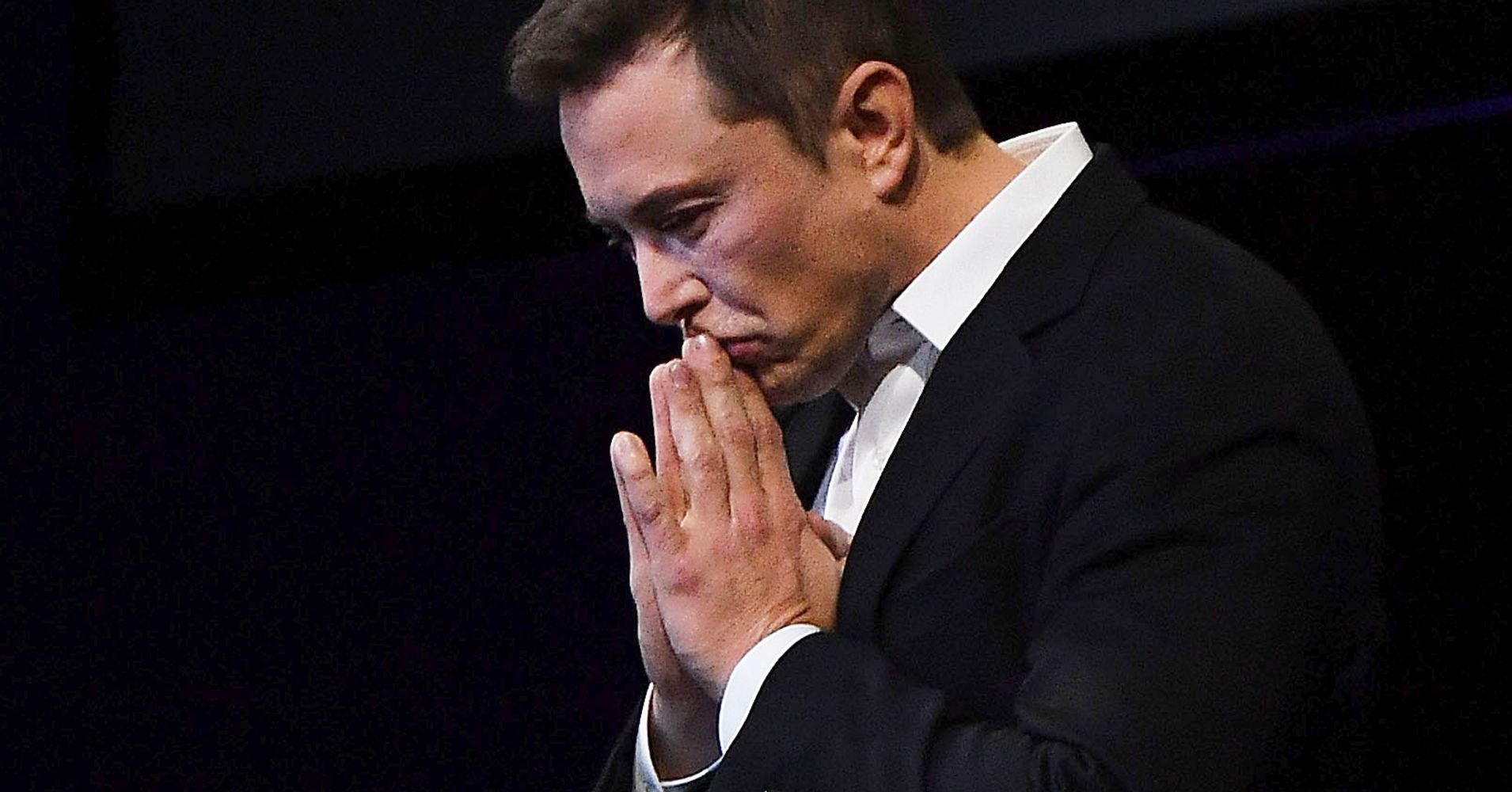 Tesla CEO Elon Musk’s hiring of Morgan Stanley this week is just a small step in his ongoing quest to take Tesla private.

But it has a larger, more damning implication: he probably didn’t have funding secured, even in the most loose sense of the phrase.

Musk is on the verge of hiring Morgan Stanley because the bank excels in rounding up financing from a wide array of sources, according to a person familiar with the matter. Musk has already retained Goldman Sachs to advise his attempt at taking the company private, first announced in an August 7 tweet. Morgan Stanley will be brought in the same capacity — to raise money for a potential deal.

Musk wouldn’t need to hire Morgan Stanley if he had secured funding at this point. The board’s special committee still hasn’t retained an investment bank, and there is no indication anything will happen quickly with regard to a privatization, said two people familiar with the matter, who asked not to be named because the discussions are private.

Musk said in that tweet he had “funding secured” to take Tesla private at $420 a share. He followed that tweet up with a public statement on August 13 saying he’d met with the Saudi Arabian sovereign wealth fund several times, which prompted him to tweet that he had secured financing. Musk is also using private equity firm Silver Lake as an adviser, which the New York Times reported could be interested in a private investment.

The Saudi Public Investment Fund hasn’t made a public comment supporting Musk’s claim in the nearly two weeks that have followed his statement. It’s still unclear exactly how much money Musk will need to raise from outside investors — that will depend on how many existing shareholders roll over their investments into a theoretically privatized company. Musk suggested two-thirds of investors might do so, which would result in a need for about $24 billion in outside capital at $420 per share.

Musk wrote in his August 13 blog post that the managing director of the Saudi fund needed more detail before moving forward with an investment, “including the proposed nature and source of the funding to be used.” Musk acknowledged in his post he planned to speak to other investors. Morgan Stanley and Goldman will help him find them. They have not started this task, the people said.

The board will also have to vet that $420 number, which may have to rise after the special committee does its due diligence, including calling around to outside parties that may be willing to pay more.

The SEC will now determine Musk’s fate in terms of potential punishments for misleading the market. For a while, Musk supporters may have felt he could skirt a fine claiming “secured” meant he had the financing locked down, even if he didn’t have committed documentation (the No. 2 option here). But now even that seems like a long shot if banks are being brought in to raise capital weeks after his initial tweet.

Former SEC commissioner Laura Unger told CNBC last week she thought some sort of enforcement against Musk was “substantially likely.” The SEC has a broad range of tools at its disposal, ranging from a fine to barring officers and directors who are unfit for their office, she said.

A fine would probably amount to a slap on the wrist for Musk, who is worth about $20 billion. According to a Reuters report, the average SEC fine doled out in 2018, for a variety of infractions, is just $75,000.

Barring Musk from Tesla, in any significant way, would not only doom the take-private effort, it would have serious ramifications on the stock. Much of Tesla’s value is wrapped up in Musk’s vision for the company.

The overhang of the SEC investigation is yet another hurdle that will need to be overcome to take Tesla private, which is looking like an increasingly onerous task for everyone involved.

Tesla did not immediately respond to requests for comment.