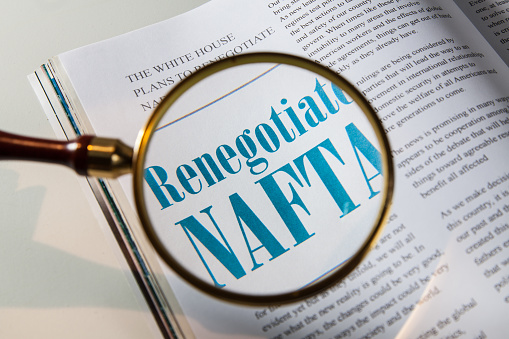 The Canadian dollar has recorded slight gains in the Monday session, paring some of the losses seen on Friday. Currently, USD/CAD is trading at 1.3047, up 0.17% on the day. There are on Canadian or U.S events on the schedule. On Tuesday, the U.S releases CB Consumer Confidence.

The new trading week has started with reports that the NAFTA negotiations are showing progress. The Mexican peso has responded with strong gains on Monday, but the Canadian dollar has been steady. A senior Mexican official said that the issues surrounding the auto sector were “basically resolved”, and President Trump said on Saturday that a deal was near. A new NAFTA agreement would reduce trade tensions between the U.S and the other two NAFTA members, Canada and Mexico. The auto sector is a key pillar of the Canadian economy, and a new NAFTA pact should boost confidence in the Canadian economy and provide a boost to the Canadian dollar.

Proceed with caution. This sums up the dovish message from Jerome Powell, who spoke at the Jackson Hole Economic Symposium on Friday. His remarks sent the dollar broadly lower and the Canadian dollar jumped on the bandwagon and ended the week with gains. Powell reiterated that the Fed would continue its policy of gradual interest rate hikes, saying that a cautious approach was prudent. The Fed has faced criticism about its current policy from both sides. some analysts argue that the Fed has been too aggressive, given weak inflation, while others say the Fed should tighten more quickly, due to the extremely tight labor market. Powell appeared to take a middle approach of raising rates, but slowly. The Fed has already raised rates twice this year, and a September hike is practically a given, with the CME Group estimating the odds of a hike at 96%. The odds of a December hike currently stand at 66%.