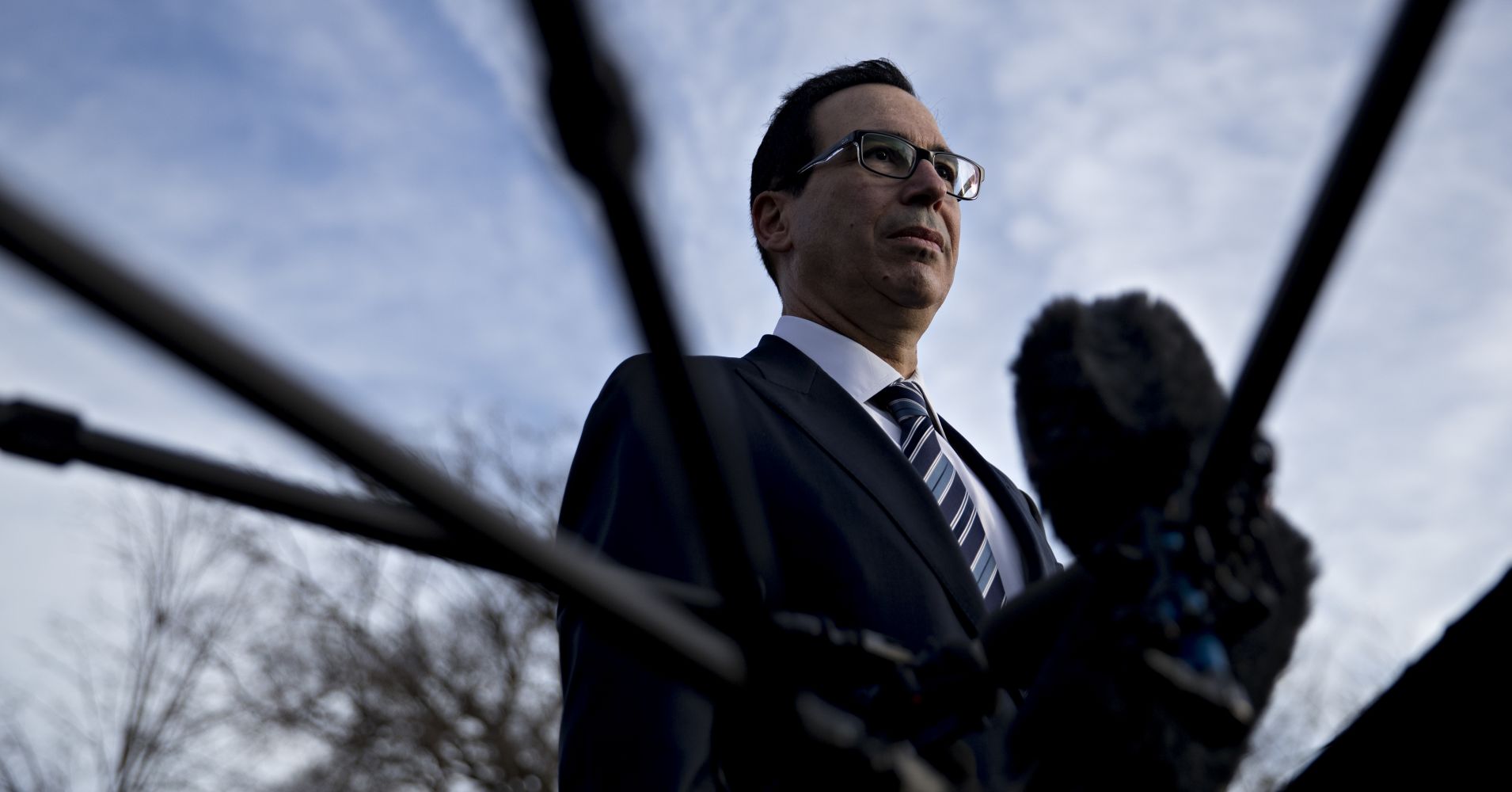 “This is the first time that we have a commitment from them that this will be a real agreement,” Mnuchin told CNBC’s “Squawk Box.” “I’m very hopeful we can turn this into a real agreement.”

Markets rallied strongly Monday morning, with the Dow opening more than 400 points higher, on news that President Donald Trump and Chinese counterpart Xi Jinping, had reached a truce in the trade battle. They agreed to a 90-day period were no new tariffs would be issued as the leaders hammer out principal differences.

While the administration is optimistic that a lasting deal can get done, Mnuchin emphasized that China has to keep to its word. The White House is looking to reduce the trade deficit with China and to stop it from stealing intellectual property and technology.

“They put on the table an offer of over $1.2 trillion in additional commitments. But the details of that still need to be negotiated,” Mnuchin said. “This isn’t just about buying things. This is about opening markets to U.S. companies and protecting U.S. technology. Those are very important structural issues to the president.”

In the 90-day period ahead, Trump will lead the negotiations with assistance from Agriculture and Energy department leaders. U.S. Trade Representative Robert Lighthizer also will be a principal, as will Commerce Secretary Wilbur Ross, Mnuchin said.

The protocol that Mnuchin listed contradicted an earlier statement from White House economic advisor Peter Navarro, who said Lighthizer would take point on the negotiations. However, sources told Dow Jones later in the morning that Trump is putting Lighthizer in charge.

Lighthizer is “the toughest negotiator we’ve ever had at the USTR. And he’s going to go chapter and verse and get tariffs down, nontariff barriers down, and end all these structural practices that prevent market access,” Navarro had told NPR.

Among the most important issues Mnuchin listed are a regulating the flow of fentanyl, an opioid linked to thousands of overdoses in the U.S., and the North Korea nuclear issue.

“There is a very strong commitment between the two presidents to work together to make sure we have a nuclear-free Korean peninsula,” Mnuchin said.

White House Press Secretary Sarah Huckabee Sanders said Sunday that China agreed to classify fentanyl as a controlled substance, a key step that will result in those selling the substance in the U.S. to be subject to “China’s maximum penalty under the law.”

As Mnuchin spoke to CNBC, Trump tweeted about his hopes for “massive and very positive change, on trade and far beyond, between our two great Nations.”

Mnuchin added that there needs to be solid progress made and that the administration won’t stand for any stalling from China.

“We absolutely need to have something concrete over these 90 days,” he said. “There was a very significant commitment from both leaders on what needs to be done over the 90 days and instructions to both teams to negotiate and turn this into a real agreement with specific action items, deliverables and time frames.”