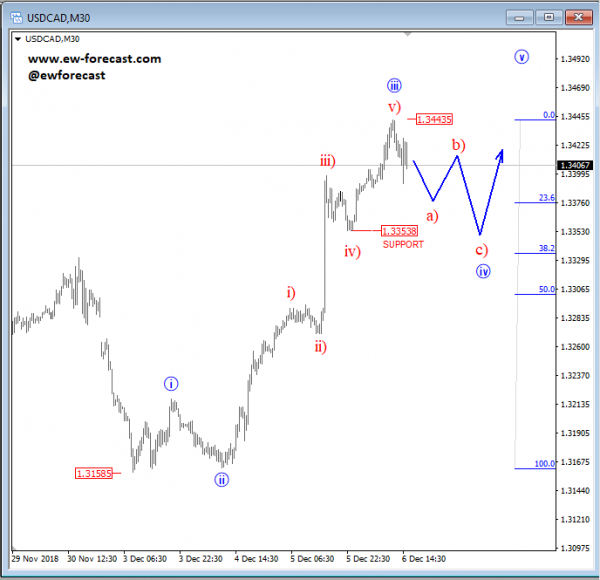 USDCAD unfolded a five-wave rally within wave three as part of an unfolding bullish impulse. This five-wave rally in three can be an indication of where the trend is likely going, and we expect it to slow down, and make a minor correction. This correction can be a wave iv, which can later look for support and a bullish reversal near the 1.335/1.330 region, from where final wave five can follow.