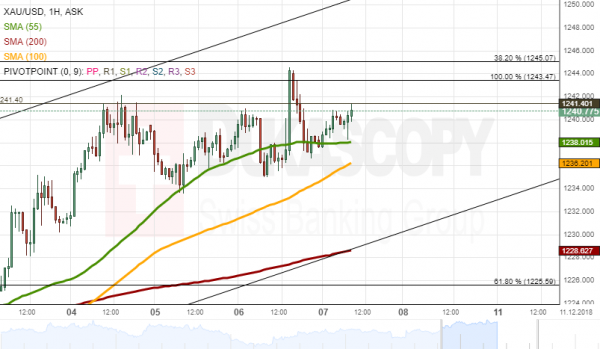 The yellow metal managed to pass in the resistance levels just above the 1,240.00 level and score a new high level during the second half of Thursday’s trading session. However, after the surge it retreated back down to look for support in the 55-hour simple moving average.

The SMA provided the needed support and forced the rate into another attempt to surge above the resistance level at 1,241.40, 1,243.47 and 1,245.07. It was expected that eventually the metal’s price will pass these levels and reach for new high levels.