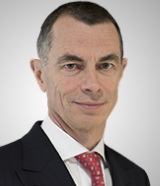 UniCredit’s chief executive Jean Pierre Mustier has dismissed the possibility of a merger between UniCredit and another bank until late 2021 at the earliest.

Although committed to building a pan-European commercial bank, Mustier tells Euromoney there can be “no non-organic evolution of the group [for] three-to-four years” – despite rumours this year of talks between UniCredit and France’s Société Générale, whose investment bank Mustier used to run.

While UniCredit has made progress in its operating performance and non-performing loan disposals, its stock price is down by about a third this year, largely because of adverse political and sovereign-risk developments in Italy, its home country and biggest market.

Wider German-Italian government bond spreads have weighed on its capital and funding costs.

These risks are a notable part of Mustier’s pessimistic assessment of the chances of imminent big bank mergers, including by UniCredit.

“In the current environment, it’s hard to see anything that could happen in Europe,” he says.

UniCredit has not flagged potential mergers as a means to reaching its goals in its three-year strategic plan. The plan is up for renewal in late 2019.

He said it is “way too early”, especially given negative European Central Bank rates, and that banks must first improve profitability and better adapt to digitalization.

Nevertheless, Mustier maintains his argument that Europe needs bigger banks, particularly in corporate banking, given the large market-capitalization advance on the biggest European banks by US peers.

Mustier says his outspoken views on this matter may have led observers to draw the wrong conclusions about UniCredit’s own intentions.

In June, the Financial Times wrote that UniCredit was exploring a merger with SocGen after Mustier’s participation in a panel discussion at the Institute of International Finance’s spring membership meeting in Brussels in May.

“I took the precaution in Brussels to say that UniCredit is focused on its [2016-2019] plan,” he tells us. “People have selective hearing.”

UniCredit’s market capitalization is now slightly smaller than that of SocGen. Its market cap surpassed SocGen in early 2018, as the French bank’s shares suffered from the departure of its former deputy chief executive Didier Valet ahead of a US settlement on Libor rigging – and before UniCredit bore the greater brunt of investor worry about the populist coalition in Italy, which formed a government May.

This year, SocGen has embarked on several sales of its retail banks in central and eastern Europe, but it retains banks in the Czech Republic, Romania, Russia and Serbia: all countries where UniCredit also has operations.