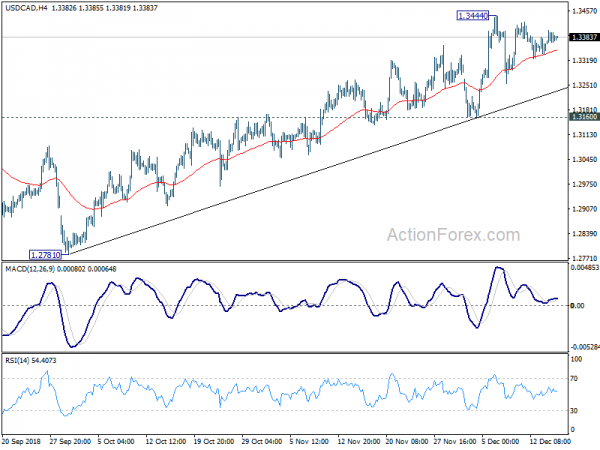 The financial markets are rather steady in Asia today. Nikkei and and Singapore Strait Times are having notably rebounds. But China and Hong Kong stock markets are mixed. In the currency markets, Yen is the generally weaker one, followed by Sterling. Canadian Dollar and Swiss Franc are the stronger ones. But major pairs and crosses are bounded in Friday’s range, indicating low volatility. Traders are apparently turning more cautious ahead of FOMC rate decision and economic projections to be released later this week.  (if you want to trade professionally use our forex robot)

Technically, Friday’s selloff in Euro and Swiss Franc were a bit disappointing. EUR/USD recovered just ahead of 1.1267 support, keeping in consolidation in established range. EUR/JPY was also held above “equivalent” support at 127.61. USD/CHF was also held well below 1.0008 resistance. These levels will continue to be watched today. Also, EUR/GBP is held in tight range between 0.8931/9098. We’re favoring an upside break through 0.9098 for now. But a break of 0.8931 will indicate near term reversal in EUR/GBP.

According to pre-released text, UK Prime Minister Theresa May will urged parliament today not to “break faith” with the British people with another referendum. She will also warned that “Another vote which would do irreparable damage to the integrity of our politics, because it would say to millions who trusted in democracy, that our democracy does not deliver. Another vote which would likely leave us no further forward than the last”

Separately, Trade Minister said in a BBC show that “it is very clear that the EU understand what the problem is. And it’s a question now, without unpicking the whole of the withdrawal agreement, can we find a mechanism of operating the backstop in a way that actually removes those anxieties”. He added that “It will happen over Christmas, it’s not going to happen this week, it’s not going to be quick, it will happen some time in the New Year.”

Irish Foreign Minister Simon Coveney told RTE television that “If there is an entirely new proposal coming from the UK, I think undoubtedly it would need a lot more time to be considered on the EU side and that would probably involve an extension of Article 50 or pulling Article 50 for the moment.”

In Italy, leaders of the coalition government sounded optimistic that they would eventually avoid disciplinary actions by the EU over its 2019 budget. Leader of the League Matteo Salvini said, after meeting with 5-Star Movement head Luigi Di Maio and Prime Minister Giuseppe Conte, “We have found an agreement on further fiscal reductions that probably will be appreciated by the EU.”

Salvini’s spokeswoman also said that there is “total agreement between Conte, Salvini and Di Maio on the numbers and contents of the proposal to send to Brussels,” regarding 2019 budget plan. And she denied there were tensions within the coalition government and rumors that Prime Minister Giuseppe Conte had threatened to quit.

Separately, Di Maio also said the talks with the commission “will allow us to avoid an infraction procedure”. Read technical analysis forex&#8