David Tepper: Fed is done supporting stock prices, so cash is ‘not so bad’ as an investment now 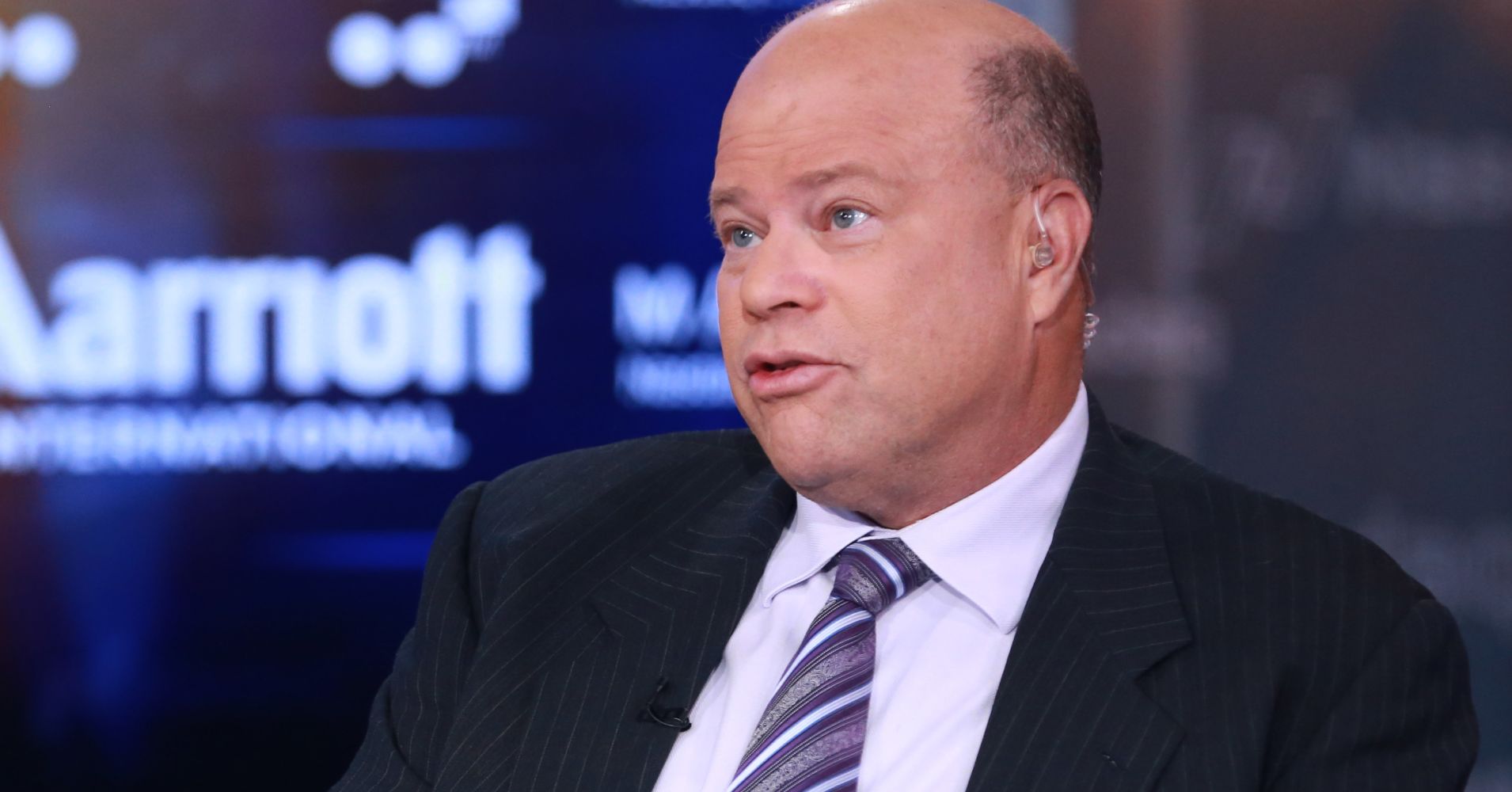 Hedge fund titan David Tepper said Thursday the Federal Reserve is sending the market a message, and it’s not a good one.

A day after the Fed raised interest rates for the fourth time this year, the influential investor made the following points in an email to Joe Kernen and CNBC’s Squawk Box:

“1. Powell basically told you the Fed put is dead.

2. Everyone is tight. Chinese money growth plummeting. ECB cutting the last of QE. And Fed still in tightening mode.

3. The net biggest issuance of Treasuries and worldwide fixed income is coming next year. Something is going to get crowded out. Bonds stocks etc.

4. Oh and there is this trade war question. I think we should be having a fight with China on different issues. But it is not conducive to confidence. Freezing some worldwide activity.

The Dow Jones Industrial Average dropped by 350 points to a new low for the year on Wednesday after the Fed hiked its benchmark rate, the ninth such increase since 2015. Fed Chairman Jerome Powell indicated the the central bank would stay the course with hiking at least two times in 2019 and that it would continue to shrink its balance sheet at the same pace, another monetary tightening action.

“The Fed doesn’t care about the stock market within 400 SPX (S&P 500) points,” Tepper added in the email. “It’s the real economy stupid.”

The so-called Fed put Tepper refers to is the notion that the central bank would take action to support stock prices in times of volatility, without explicitly saying it was doing so. A put is an option that pays off when a security’s price falls below a certain level.

The S&P 500 is now down 6 percent this year, battered by the ongoing trade battle with China and fears of what the Fed increases are doing to the economy. The benchmark is down more than 14 percent from its record high reached in late September. The U.S. budget deficit could hit almost $1 trillion next year, Nomura Instinet estimates, which will cause the Treasury to increase the supply of debt it auctions. That, in turn, could weigh on the prices of bonds and other assets, Tepper speculates.

Tepper is the founder of Appaloosa Management, which has $14 billion under management. His calls have moved the market in the past like when he predicted in September 2010 that the stock market would surge as the Fed sought to inject the market with more liquidity. The S&P 500 is up 164 percent since that call, known as the “Tepper Rally,” in part because of additional stimulus from the Fed in the form of quantitative easing. That’s now being reversed with the Fed’s balance-sheet reduction.

Tepper, who also owns the Carolina Panthers, told CNBC in September that the bull market was in the late innings and he was selling some holdings.