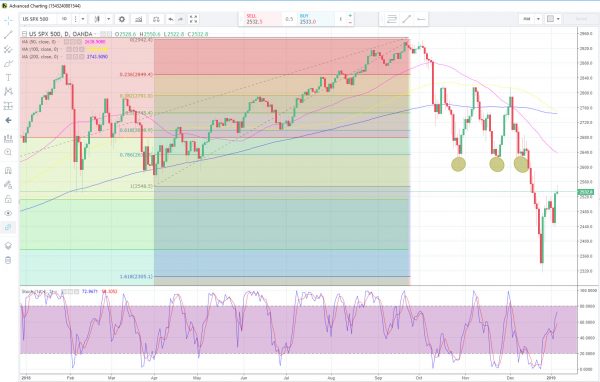 Last week’s stock market rally stemmed from the PBOC’s RRR cut, outstanding US employment numbers and Powell’s comments on patience and ability to shift stance quickly. Soothing comments from the Fed were the primary driver for equities, but that momentum is stalling at current levels as the focus shifts back to trade wars.

Mergers and acquisitions are a big theme this week as we are seeing continued consolidation in the healthcare sector. Early in NY, Lilly announced a definitive agreement to acquire Loxo Oncology for $235.00 per share in cash, or approximately $8.0 billion. The deal follows last week’s new Bristol Meyers deal to buy Celgene in a $74 billion dollar, one of the top three healthcare M&A statements ever. The Bristol-Meyers/Celgene deal was the first M&A domino of the year and we could continue speculative bets on the next major transformational deal to come into play.

This week’s brief two-day of talks were suppose to be led by low-ranking officials, but Chinese Vice Premier Liu He surprised the Beijing meeting and attended. The news of his presence could be positive and a sign that China is looking to move talks forward. The path for further progress is likely to be bumpy as China, as expectations are low for China to deliver on specific details and follow through on implementing promises.

The S&P 500 is trading little changed and yields have come down from last week’s surge. The 10-year yield on US Treasuries is down 2.1bps to 2.646%. The dollar is softer against the majors, with the euro and sterling outperforming.