US Government Shutdown Impact on Canada 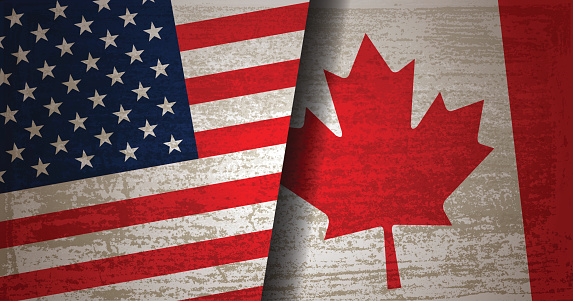 While the partial U.S. government shutdown has dominated the headlines and disrupted public services across the U.S., it isn’t ultimately expected to have a significant impact on broader trends in the U.S. economy, let alone Canada’s. But the protracted nature of the political im-passe contains red flags about the likelihood of a quick resolution to some debates that are of importance to Canada, including passage of the USMCA and the staying power of U.S. fiscal tailwinds. For that reason, it warrants a look.

Direct economic impact on the U.S. expected to be limited

Despite causing temporary financial hardship for U.S. federal workers, U.S. government shut-downs don’t tend to have a significant impact on the broader American economy. About 800k federal employees are currently going without pay but that is still just 0.5% of total U.S. em-ployment. And about half of those going without pay are still working and providing govern-ment services. Legislation has already been passed to ensure that all will be paid retroactively and many of the federal workers furloughed are able to apply for federal unemployment insur-ance benefits while off work. Contract employees have access to state unemployment insurance programs. That will limit the longer-run GDP/household income implications, although the longer the shutdown lasts, the larger the disruption to workers’ lives and spending pat-terns. There is already anecdotal evidence that this is happening.

Uncertainty surrounding fiscal policy can weigh on business confidence. However, government contracts with private businesses are typically not considered to be at risk from a shutdown, suggesting little impact on private business investment activity from the shutdown. The broader spillovers to other sectors are probably small. Our working assumption is that each week the shutdown lasts will lower the Q1 annualized GDP growth rate by about 0.1%. We lowered our own U.S. 2019 growth forecast by 0.1 ppts assuming the shutdown would last for about three weeks into January. Further adjustments may be necessary if the shutdown drags on.

Spillover effects in Canada are limited

The shutdown has resulted in the delay of some important U.S. economic data releases, and Sta-tistics Canada has warned that we may have to wait a little longer for the next round of monthly Canadian international trade data because its report relies on temporarily unavailable U.S. import data. There have also been reports of travel disruptions to and from the U.S. due to lower U.S. border and security staffing levels. But putting aside these inconveniences, a shutdown measured in weeks won’t be large enough to have direct significant spillover impacts on the broader Canadian economy.

Will House Democrats balk at USMCA?

For Canadians, a larger concern is what the political impasse in the U.S. says about the likeli-hood for quick resolution of what could be significantly more contentious debates down the road. That includes the passage (or not) of the USMCA deal that the Trump administration ne-gotiated to replace NAFTA. We continue to think there are elements of the new deal that Con-gressional Democrats will find difficult to vote against, including new labour standards cover-ing Mexico. It has always been possible that some Democrats will oppose the new deal to avoid handing President Trump a political “win.” But political gridlock that made it more diffi-cult for the Americans to pass the new deal would also make it more difficult to repeal the leg-islation that implemented NAFTA – so some form of free trade deal is still likely to remain in place.

The biggest risk around the shutdown, even from Canada’s perspective, is that the U.S. fiscal tailwind could turn to a headwind more quickly than expected. Tax cuts and spending hikes en-acted last year ballooned the U.S. government budget deficit to 5% of GDP from 3 ½% in 2017. As problematic as that may be in the long run, the short-term result was stronger U.S. economic growth. U.S. GDP likely rose 3% last year. Some of that strength has spilled over into Canada as U.S. import demand grew. That fiscal tailwind was expected to fade once busi-nesses and households adjusted fully to the new tax system and government spending reverted to a slower growth rate. But the risk of persistent gridlock in Washington could mean it fades more quickly, with greater attention paid to growing fiscal imbalances and what could be a contentious debt-limit debate in the U.S. later this year.