Shutdown at the SEC: what you can and can’t do 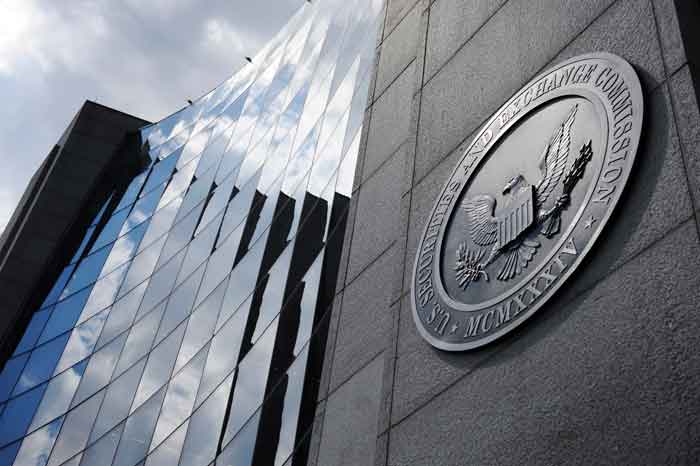 These are quiet times at the US Securities and Exchange Commission. Since the shutdown of the country’s government began on December 22, the SEC, like other government agencies, has been operating on a skeleton staff. Of its roughly 4,400 employees, probably not more than about 300 – most of whom are in critical law enforcement or protection roles – are working.

Contrary to what you might imagine, shutdown is a remarkably quick process at the SEC. Internal guidance is that it should take no more than four hours to close down most of its systems. The day after the government shutdown became effective, staff had to attend their workplaces to start powering down. They are allowed to set up out-of-office voicemails and emails, but can’t do a whole lot more.

They cannot work for free even if they want to. As the SEC reminded its staff in a memo, doing so would violate the Antideficiency Act, that part of legislation that restricts what government agencies are allowed to do in the event of there being no appropriations to fund them – the technical definition of a shutdown.

Anyone who happens to be travelling for work as a shutdown hits must return immediately, and all planned travel is cancelled. Training is stopped; anything scheduled is put on hold. Paid leave is scrapped. Almost all staff are placed on furlough.

For all those staff stuck without earnings, it’s a miserable existence. But it also doesn’t add up to a great mix for any companies looking to complete securities offerings. They can still file if they wish: the mighty Edgar – as the SEC’s Electronic Data Gathering Analysis and Retrieval system is known – hums along relentlessly. It’s still absorbing more than 3,000 or so items every day, similar to what it was at around this time of year in 2017 (there was another shutdown in January 2018).

That’s because the Edgar system itself runs under a contract, putting it outside the purview of the shutdown. It’s the same for Edgar’s cousin, the less humanly named IARD, or Investment Adviser Registrations Depository, which also continues to take filings. Likewise at CRD, the Central Registration Depository of brokers and representatives.

The same does not apply, however, to those living and breathing SEC staff that spend their days delving into Edgar to scrutinise registration documents and other filings.

There are a few folk around to help the system stay up and running. If you need an Edgar access code (which you need in order to submit a filing) or you need to reset your password, you are able to get help. Some other questions deemed sufficiently urgent might also be answered. The few available staff at CorpFin, as the department of Corporation Finance is known to insiders, will answer questions about how to calculate filing fees.

But in short, across the departments of CorpFin, Investment Management, Trading and Markets, and the Office of Compliance Inspections and Examinations, you are mostly unable to get documents processed or receive substantive advice.

The last effectiveness notices showing on the SEC’s website were issued on Wednesday December 26, which was the first business day after the shutdown began. Since then, nothing.

Plumas Bancorp, a California-based independent bank that was filing a shelf registration of up to $40 million, looks to have the distinction of being the last out of the door. Its effectiveness notice was timed at 17:30.

Fortunately, the shutdown doesn’t bring all capital markets deals grinding to a halt. Those entities deemed to be Well Known Seasoned Issuers (WKSIs) don’t have to worry too much about all this. Their registration statements are automatically effective when they file them. The real problem is for the rest, including IPOs.

If you are among the lucky candidates with an effectiveness notice already issued, there are still hurdles. You are still able to use Rule 430A, which is the mechanism by which issuers can file registration documents that do not contain final pricing information. The rule has a 15-business-day time limit attached to it, but issuers can keep restarting that 15-day period by filing post-effective amendments under the provisions of Rule 462(c).

That works because such amendments are effective automatically upon filing, so they don’t need scrutiny from SEC staff in order to be declared effective.

Well Known Seasoned Issuers don’t have to worry as their registration statements are automatically effective when they file them. The real problem is for the rest

In this way, an issuer could keep delaying a deal whose registration document is already effective until after the end of the shutdown, although this would only be permitted as long as there is no substantive change needed to the documentation by the time of final pricing.

There is another route to keep deal plans alive for those that did not get an effectiveness notice in time. Entities typically file with a standard pre-effective amendment that deliberately delays the effectiveness of their registration document for 20 days, to allow for Corporation Finance staff to examine the paperwork. Companies that filed before the shutdown but did not receive an SEC effectiveness notice can keep filing these same pre-effective amendments to delay for another 20 days.

But here’s the intriguing kicker: the flipside of that arrangement is that as things stand, some registration documents automatically become effective after 20 days without SEC approval. In practice, it means a company can file its paperwork and then complete an IPO 20 days later, all without having had its documentation examined by regulators at all.

It’s entirely permitted, and CorpFin’s own shutdown frequently asked questions document for potential issuers even flags it up – although it cautions that a lot of extra disclosure would be required, including pricing. A report in the Wall Street Journal has suggested that at least two companies might be looking to complete deals using this very technique.

A company can file its paperwork and then complete an IPO 20 days later, all without having had its documentation examined by regulators at all

If it’s possible, why wouldn’t companies rush at the chance, not just during a shutdown but more generally? A few reasons stand out.

First, investors are unlikely to want to leap into unexamined deals. Secondly, the flexibility afforded by Rule 430A – namely, the ability to file documentation without pricing details – is not possible for any issuer filing without the delaying amendment or removing it from a document already filed. That’s because companies are only granted that disclosure flexibility on condition that their plans are scrutinised by staff and declared effective by them.

Then there’s the legal risk. If the SEC later decides that an entity’s unexamined paperwork was deficient, it might want to take action.

According to a client memorandum by lawyers at Davis Polk: “We believe the likelihood of such action to be remote (absent egregious circumstances)”. But they also cautioned that: “Companies should be careful to address any outstanding SEC comments that pre-existed the shutdown”.

For traders: our Portfolio of forex robots for automated trading has low risk and stable profit. You can t