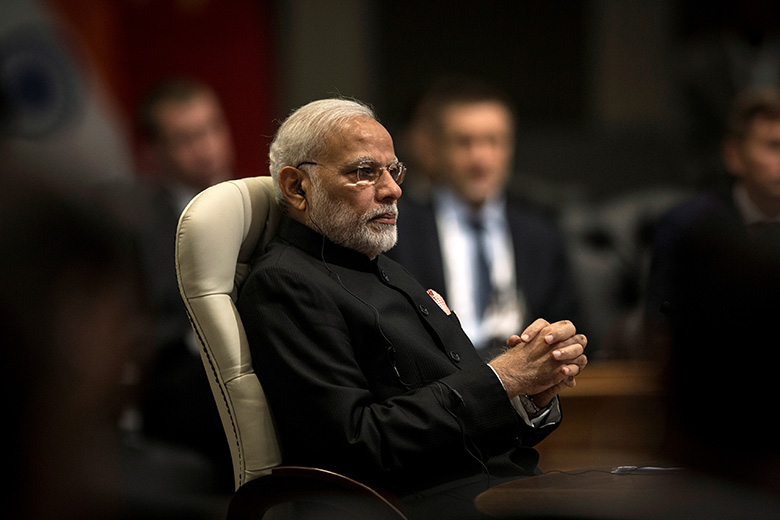 India’s first real estate investment trust, backed by Blackstone and its local partner Embassy Group, will be listed in Mumbai before the end of February, sources with direct knowledge of the deal tell Euromoney.

It is expected to raise at least $1 billion, most of it from global institutions keen to invest in high-end commercial property.

“It will happen over the next three to four weeks,” says a Mumbai-based individual close to the deal. “They are going full throttle to get it done before March, so the next few weeks will be key. It’s going to be very exciting.”

Bankers are in the last throes of preparing a roadshow that will largely bypass India’s tier-one cities, and will instead visit Singapore, Hong Kong, Dubai, London and New York.

The primary offering was tipped to be finalised as late as the third quarter of the year, but promoters have decided to fast-track it, sources say, to complete before upcoming general elections, set to be held in India in April and May.

The yield that investors can expect has not been finalised. In late 2018, Blackstone and Embassy set a tentative yield at around 5% to 7%, but an informed source says a final decision “would only get made in the weeks ahead. We need to talk to investors, and find out what will fly.”

A senior investment banker close to the sale says the final yield “may wind up being closer to 8%”, with total returns “just above the mid-teens, probably around 16%”.

The owners of Embassy Office Parks Reit, as it will be known, have gone all-out to pack the listing vehicle with as much choice property as possible.

“Most of it is A or A+ grade property,” says Akshit Shah, senior vice-president of research and investment advisory at Mumbai-based Anarock Capital. “Blackstone’s property portfolio is quality through-and-through, and this Reit contains the cream of that portfolio. These are all marquee assets.”

It’s a seminal moment in the development of India’s property market, not to mention the wider capital markets

According to the listing prospectus available on the website of India’s securities regulator, Sebi, the Reit will hold more than Rs300 billion ($4.2 billion) of assets, including 33 million square feet of commercial property, mostly high-end office space, in Mumbai, Pune, Bangalore and the National Capital Region encircling Delhi. Properties included within the trust have a collective annual rental income of around Rs20 billion, according to sources close to the deal.

The listing vehicle will include three hotels in Bangalore – a Four Seasons and two Hiltons – and two well-known Mumbai landmarks: the First International Financial Centre building in Bandra Kurla Complex, the city’s financial hub, and Express Towers in Nariman Point.

Bankers say the trust will issue fresh units and allow existing unit holders to make an offer for sale.

This is set to be a potentially game-changing deal. It will mark the first property-related IPO to hit Asia’s third-largest economy for nearly a decade.

In that time, India’s property market has gyrated wildly, with supply and demand variously outpacing one another, and prices, certainly in recent years, bumping along at multi-year lows.

At another level, this is an offering that its backers and bankers, as well as India’s regulators, have to get right. Nothing less than a resounding success will suffice.

The deal has been several years in the making: Blackstone and Embassy forged their joint venture back in 2012, and filed an application with Sebi to form a real-estate trust in 2016.

Blackstone is the largest holder of prime property in India, having spent $5.3 billion on 30 investments in the country, while Embassy, run by property magnate Jitendra Virwani, is the leading developer of office parks in Bangalore.

The IPO will be closely watched as it nears its listing date. For years, regulators, politicians, developers and bankers have butted heads over a number of sticking points.

The Reit finally got the go-ahead after pro-business prime minister Narendra Modi resolved lingering uncertainty around the double taxation of Reits, which was deeply unpopular among local and foreign investors.

The hope is that India’s inaugural domestic Reit does not suffer the same fate as a slew of infrastructure investment trusts (Invits), which have listed in Mumbai in recent years only to flop, in some cases quite spectacularly, on debut.

If it succeeds it will create a brand-new asset class that should appeal to institutional investors worldwide, and which is underpinned by a strong and increasingly open economy built on a large and increasingly aspirational middle class.</p