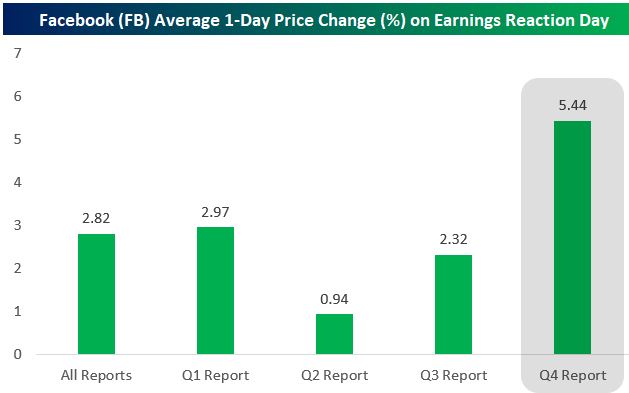 If history is a guide, there’s a very good chance Apple’s earnings will be better than expected when it reports Tuesday afternoon, but the stock may not perform all that well.

Bespoke Finance Group studied three FANG-related stocks reporting earnings this week and found that Facebook has the best track record, with a 96 percent earnings beat rate and the best post-earnings stock performance. Amazon, which reports Thursday, has a spottier record, beating earnings estimates only 62 percent of the time.

Bespoke said in terms of sales, Facebook has an 88 percent beat rate. It missed estimates in the last two quarters, but before that, it had only missed sales estimates once. “Weakening revenue growth is one of the reasons the stock struggled so much in the second half of 2018,” Bespoke said.

Amazon’s stock reaction has also been wide ranging. After its January release of fourth-quarter earnings, its stock has averaged a 0.2 percent decline, but after the first-quarter report in April, it has gained an average 5 percent.