RBA Forecasts to Be Consistent With On Hold Policy 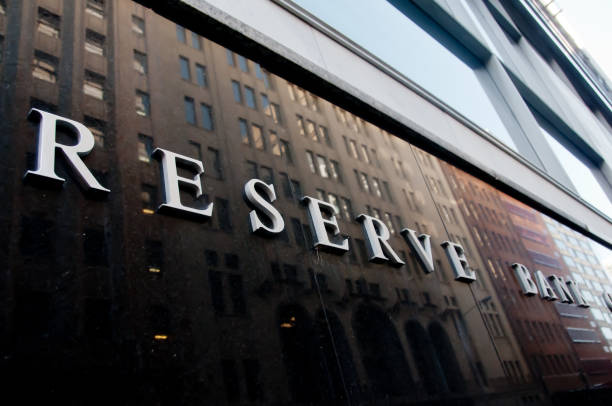 The first RBA meeting of 2019 takes place on Tuesday and will be followed by a speech from Governor Lowe on Wednesday and Statement on Monetary Policy on Friday. We believe the RBA will lower their growth forecast in response to recent data but maintain an outlook consistent with rates remaining on hold.

After the usual summer recess the Reserve Bank will conduct its Board meeting on February 5, followed by a speech from Governor Lowe on February 6 and the February Statement on Monetary Policy which will print on February 8.

Of course there will be no rate change following the Board meeting but there will be considerable interest in the Governor’s Statement and the subsequent communications.

Recall that the minutes of board meetings have usually contained words along the lines of “members continued to agree that the next move in the cash rate was more likely to be an increase rather than a decrease.” Alternatively the November Statement on Monetary Policy noted “further reducing unemployment and ensuring inflation is consistent with the target. If that progress is made higher interest rates are likely to be appropriate at some point.”

But those sentiments were expressed when markets had been anticipating rate hikes. At the beginning of 2018 when Westpac was predicting the cash rate would remain on hold in both 2018 and 2019, markets had priced-in a full 25bps rate hike by end 2018. Today, markets are assessing that the next move in the cash rate will be down by 25 basis points with a probability of 60% (15bps) by year’s end.

In defence of the economists, only 11 of the 20 forecasters (Bloomberg Survey, January 12, 2018) predicted a hike or hikes in 2018 but this group did include the other three major banks, AMP, and most major investment banks. There is no survey evidence to check how many of the “no-change nine” supported the Westpac view that rates would remain on hold through 2019 as well. Since that survey in January last year Westpac has extended its “on hold view” through 2020. Turning to today, there is also, at this stage, little support from the economists for the “market view” which is pricing rates to be cut by end 2019.

The key as to whether the Reserve Bank will placate markets and adopt a pure neutral bias by eliminating the “next move up” in its commentary will hinge on how it reassesses its forecasts which will be released with the February Statement on Monetary Policy (SOMP) on February 8.

Recall that, based on its forecasts in the November SOMP, the conclusion that the cash rate would eventually rise was reasonable.

The November inflation forecasts for 2019 and 2020 are 2.25% – a marked lift from the 2018 actual of 1.7% but it is likely the Bank will persist with this confident signal in its February forecasts. Even if it decides to lower the 2019 forecast to 2.0% in recognition of a lower growth forecast for 2019 the number would still be in the target zone (2–3%) and the gradual progress would be emphasised by maintaining the forecast for 2020 at 2.25%.

Their views on the labour market have been cautious. The unemployment rate has already reached 5% while the Wage Price Index growth rate has lifted in recent quarters to 2.3%. Scrutiny of a chart which, for the first time, was provided in the November SOMP points to a cautious forecast of WPI annual growth reaching 2½ per cent by end 2020.

However, the September quarter GDP report has disrupted the RBA’s comfortable position on the growth outlook. With growth only printing 0.3% in that quarter it would be necessary for the December quarter to print 1.2% to achieve the November forecast of 3.5%. The 2018 growth forecast is likely to be lowered from 3.5% to 3.0%. But what will this mean for the 2019 and 2020 forecasts?

Westpac differs in that regard pointing to a fall in the savings rates in NSW and Victoria over the year to September 2018 of 1.7 ppt’s in NSW and 1.9 ppt’s in Victoria. We expect some reversal of that effect in 2019 and 2020 pushing growth in consumer spending down from our previous forecast of 2.6% in each year to 2.4%. Our simulation work suggests that the impact on consumption of this negative wealth effect may be significantly larger. We expect the Bank will maintain its current view that consumption growth will run at 3% in both 2019 and 2020.

We expect the RBA will forecast growth of 3% in 2019 and 3% in 2020. That higher growth will reflect a limited slowdown in housing construction and no meaningful wealth effect. Those growth forecasts are still above trend and likely to ensure the view that the next move in rates will be up.

Indeed, in his comments to Dow Jones, Director Harper repeated the expectation that the next move in rates will be up. While he emphasised these were his own views it is important to point out that Dr Harper has a distinguished past in the Research Department of the Bank. Some of the Bank’s senior executives would h