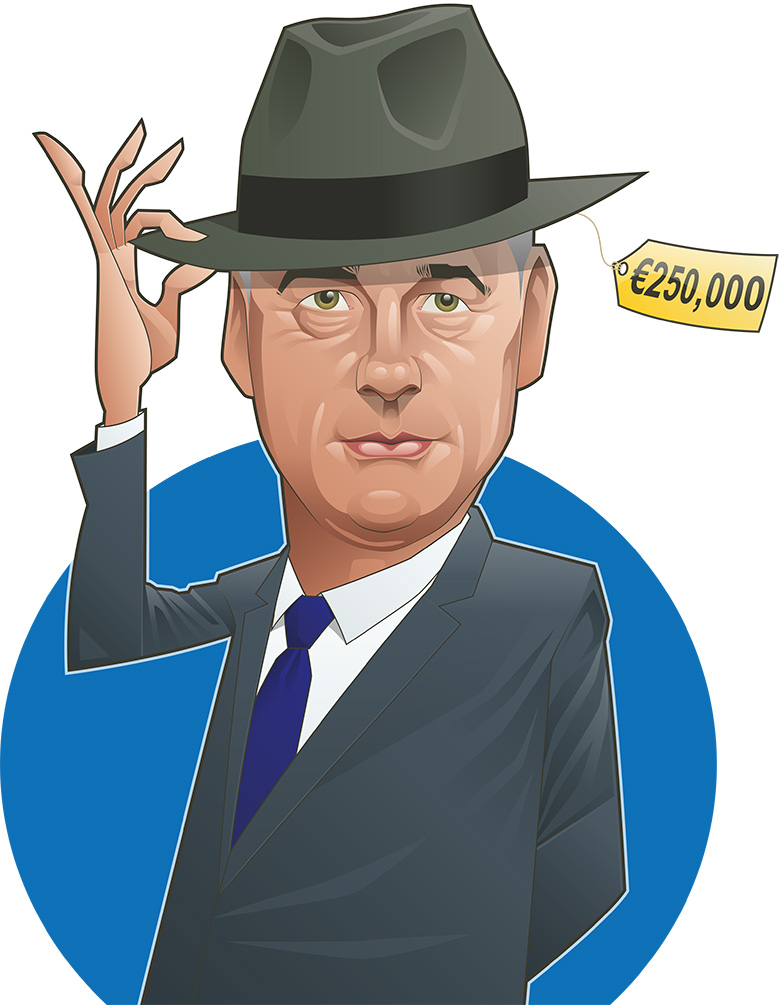 There are many unanswered questions about the potential deal to combine two ailing German banks to create one ailing German national banking champion.

Will Deutsche Bank be allowed to book an accounting gain for ‘ill will’ if it buys Commerzbank at the current huge discount to the theoretical book value of the smaller firm?

If Citigroup and Goldman Sachs split the bulk of the advisory fees on a deal, will Deutsche’s managers acknowledge the irony of a public confirmation of the corporate finance dominance of US banks in Europe?

Should Deutsche’s investment bank head Garth Ritchie get a special bonus for chairing a committee to come up with a name for the merged entity? Ritchie saw his fixed pay double to €6 million for 2018 because of supposed additional responsibility “in connection with the implications of Brexit,” so he will surely expect a reward for tackling the equally vexed question of how to structure a Commerzbank takeover that makes any commercial sense.

The disclosure in Deutsche’s annual report for 2018 that Ritchie has been awarded an extra €250,000 a month in a functional allowance for putting his Brexit thinking cap on has caused predictable outrage in Germany.

The anger was fuelled by the expectation that any merger between Deutsche and Commerzbank will be followed by big cuts in retail banking jobs in Germany – with analysts expecting a target for elimination of around 30,000 positions.

The news that Deutsche’s board had come up with a novel way to funnel more money to its London-based investment banking head was certainly poorly timed. Ritchie’s special allowance also highlighted the extent to which a merged bank would depend on the future health of the existing Deutsche franchise, with its reliance on corporate and investment banking revenues.

The threats to this business model are substantial and numerous – as Deutsche made clear in the annual report it released in late March, which devoted 32 pages to spelling out risk factors for investors in its securities (as a prelude to 43 pages detailing its labyrinthine compensation policies).

Some of these risks are common to all banks, such as geopolitical storm clouds and the current combination of very low or negative interest rates and subdued market volatility. Other risk factors pose more of a threat to Deutsche than to many of its peers, however.

The bank addressed the perception that it will effectively be forced into a merger by its own government, although it avoided taking a view on whether or not this would be a positive step.

“Market speculation about potential consolidation in the financial sector in Europe and our role in that consolidation could also have adverse effects on our business and revenue levels,” its report said. “The markets may perceive us negatively if we fail to participate in industry consolidation or if we do not complete transactions that market participants expect. This could have material adverse effects on our business, and accordingly on our financial condition, results of operations and liquidity, as well as on our share price.”

So investors can consider themselves warned about the downsides of failing to do a deal. But what is the upside of pursuing a link with Commerzbank?

Rating agency Moody’s drily observed that a merged bank would have the potential to earn its cost of capital longer-term, which is hardly a ringing endorsement.

A merger would dilute Deutsche’s current reliance on investment banking – but only slightly. Corporate and investment banking revenues would fall to around 40% of the total for a merged bank, compared with its level at Deutsche in 2018 of over 50%.

And Commerzbank’s investment banking operations – mainly in debt capital markets and some advisory functions – are not big enough to make much of a change in Deutsche’s current business mix, which has a problematic weighting towards fixed income trading.

Debt and currency trading would still account for roughly 40% of overall corporate and investment banking revenue after a merger, for example. This is an area where a lower cost of funding for a merged bank might provide some benefit, but at current spreads the new firm could still struggle to win back lost market share.

Deutsche’s credit spreads have come down in recent months, since reports began to emerge that politicians in Berlin were serious about pushing for a merger with Commerzbank. Deutsche’s five-year senior credit default swap spread was over 200 basis points at the end of 2018 and has since fallen to around 150bp, which makes the bank more competitive as a provider of financing.

The spread was below 150bp for much of last year, however, and this did not prevent further loss of sales and trading market share by Deutsche. And even a convergence for a merged bank with Commerzbank’s current default swap quotes of just over 100bp would still leave the firm with a higher credit spread than most of its main competitors.

Politicians in Berlin could tighten this spread further if they decided to take their current push to create a German national banking champion to its logical conclusion and discuss what many will interpret as an implicit government backstop to a merged firm.

The perception that a post-merger firm – named NeueBank possibly, or more likely simply retaining the Deutsche Bank name – really would be too big to fail would be compounded by the role played by politicians in forcing its creation.

A move to guarantee liabilities would be politically problematic, nevertheless, especially against a backdrop of projected job cuts in Germany that would be met with fierce opposition from unions.

European Union regulatory opposition would also be expected, so it seems more likely that two banks with a history of big failures in policy execution will instead be left to struggle with multiple rounds of restructuring in the wake of any merger.