Macaskill on markets: Forese vs Kelleher – the final scorecard 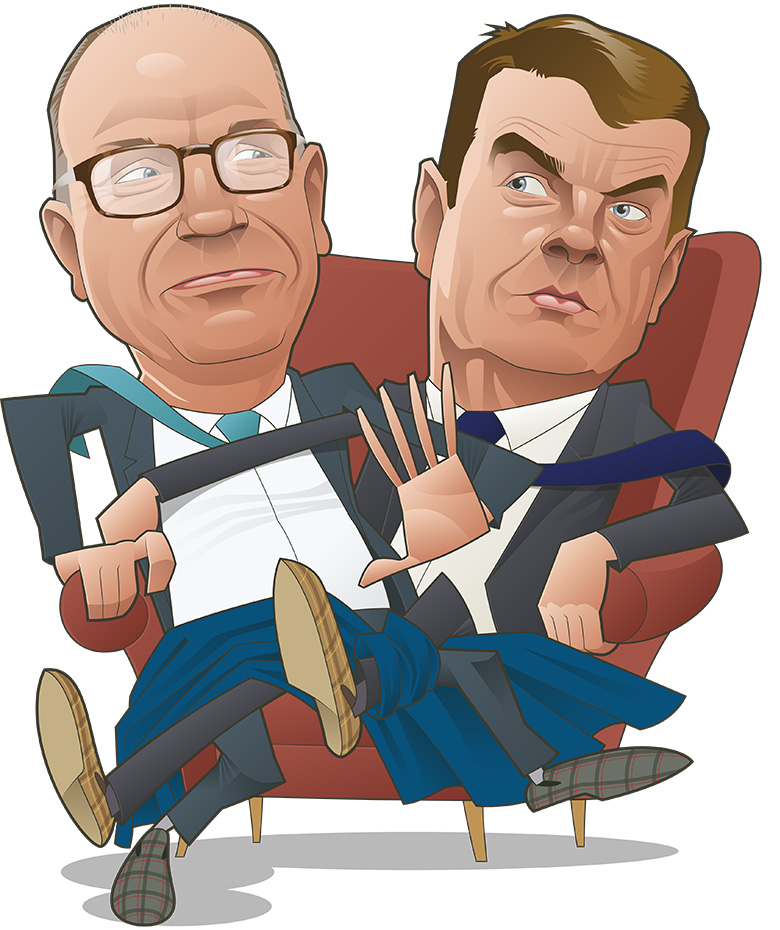 Forese and Kelleher both made, arguably, more substantive contributions to the post-crisis recoveries of their two banks than their bosses Michael Corbat, chief executive at Citigroup, and James Gorman, Morgan Stanley’s CEO.

They also inspired more personal loyalty than their superiors, who are widely viewed as aloof and suffer from comparison with JPMorgan’s Jamie Dimon, the undisputed top Wall Street chief executive.

Forese and Kelleher have kept their firms within striking distance of JPMorgan, which has developed the leading global investment banking franchise since the 2008 crisis.

Forese is a former Salomon Brothers bond trader who turned Citi into the only bank that can compete with JPMorgan for the top spot in fixed income revenue.

Kelleher started out in debt sales before rotating through multiple business groups, where he helped to ensure that Morgan Stanley is today number one for equities revenue and has a fixed income group that is less prone to mishaps than it was in the past.

Both men announced that they are retiring from the number two roles at their banks during the first quarter, meaning that recent earnings results provide a final scorecard for their efforts. Forese edges past Kelleher in this last reckoning.

Citigroup was the best performing of the top five US banks for investment banking revenue in the first quarter, compared with the same period in 2018, while Morgan Stanley was the worst.

Citi was helped by strong results in fixed income, where it managed to generate almost as much revenue as in the first quarter of 2018 against a tough market backdrop, and by a 76% rise in advisory earnings.

Morgan Stanley saw its fixed income and equities revenues drop in line with the average falls for its peers but suffered a poor quarter for its advisory and underwriting franchise, which was down by 24% compared with the start of 2018.

Forese might have delivered a stronger final quarter than Kelleher, but his departure was accompanied by more intrigue, as it comes amid wide-ranging management upheaval at Citigroup.

Corbat faced questioning about executive turnover during the call for analysts that accompanied Citigroup’s recent earnings release. This marked a departure from normal practice on these calls, when analysts typically avoid queries about the sensitive issue of management changes.

Corbat delivered prepared remarks about the departure of Forese that effectively damned his departing deputy with faint praise.

“The change at the top is healthy and creates opportunities to do things differently, and shows that we take our talent and succession planning seriously,” Corbat said.

He went on to namecheck bankers including Paco Ybarra, who is taking over the institutional client group at Citi from Forese, and the new co-heads of markets, credit specialist Carey Lathrop and rates veteran Andrew Morton.

When a door opens for one banker it typically shuts for an in-house rival, so there is plenty of scope for recruiters to generate commission by tempting a disgruntled manager to make a move

When asked about the pace of change, which has seen over half of Citi’s top executives announce their departure in little over a year, Corbat managed a more effusive tribute to Forese but was still reluctant to give him too much credit.

“Jamie has been a terrific partner and friend,” Corbat said. “[But] if you look at the underlying growth, the market share gains and the customer feedback we get from many of the surveys, that obviously goes – as great as he is – beyond one person in the organization.”

Corbat added that he has no current plan to promote a president to replace Forese.

Over at Morgan Stanley, Gorman delivered a slightly more gracious encomium to his own departing deputy Kelleher on the quarterly earnings call with analysts, but he is also avoiding a swift move to appoint a new president.

This reflects an understandable wariness among chief executives about anointing an heir apparent. Forese and Kelleher were both viewed as capable managers who were too close in age to the incumbent chief executives to be viable long-term successors. They were experienced enough to serve as chief executive in an emergency but not viewed as a threat to their superiors.

The current fashion on Wall Street is to either have a single president who is close in age to the chief executive or to appoint two co-presidents who are viewed as competitors for the top slot.

Dimon has tweaked this model by appointing two co-presidents who are both supposedly too old to be his successor, but the principle still broadly holds.

So if and when Corbat and Gorman get round to appointing new presidents – or more likely co-presidents – the ages and backgrounds of the lucky bankers will be closely scrutinized.

Headhunters will be among the keenest observers, as there has been an increase in lateral movement among senior executives in banking after years when post-crisis caution and the complications of buying out share packages inhibited job shifts.

When a door opens for one banker it typically shuts for an in-house rival, so there is plenty of scope for recruiters to generate commission by tempting a disgruntled manager to make a move.

Some current open positions, such as the chief executive spots at Wells Fargo a