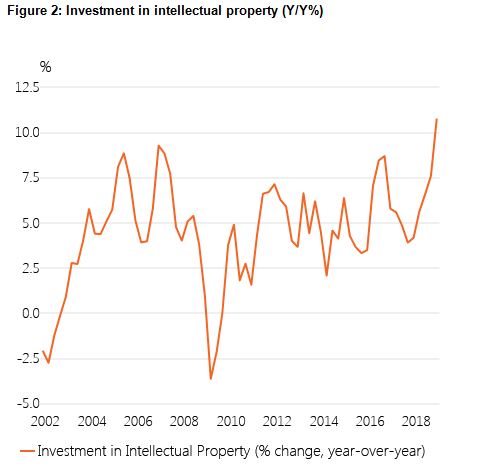 February’s employment report is expected to show strong job and wage growth, and could signal that the economy’s slower growth in the first quarter is just a speed bump rather than a sign of trouble.

The economy was expected to have added 180,000 jobs in February, and unemployment is expected to drop by a tenth to 3.9 percent. That is well below the 304,000 jobs added in January, but economists still expect a solid report. Wage growth is expected to strengthen, rising 0.3 percent, up from January’s 0.1 percent.

“Jobs growth is the single best indicator of how the economy is doing. It shows both how many people are being added to payrolls. It tells you much people are being paid, and also any job that is added is a sign of strength of a company’s order book and their prospects going forward,” said Luke Tilley, chief economist at Wilmington Trust. He expects to see 200,000 jobs were added.

The first quarter appears to be much slower than the fourth quarter, but economists are still frustrated by the lack of data, which was delayed by the government shutdown. For instance, January’s retail sales will be released on Monday, much later than normal. That number is particularly important after the sharp surprising drop in December retail sales.

“We expect 200,000 [jobs], a little stronger than consensus,” said Michael Gapen, chief U.S. economist at Barclays. “The view is that job growth should slow because economic activity is starting to slow. We don’t think 750,000 jobs over the last three months of the year is the trend. We do think things will slow down to 175,000 in the coming months. We’re thinking growth slows from the 2.5 that we saw in the fourth quarter to about 2 percent at the end of the year.”

Many economists see growth of less than 2 percent in the first quarter but a bounce back in the second quarter as the economy shakes off the effects of the 35-day government shutdown and bad winter weather. The economy could also move beyond the drag from trade issues later in the year if there is a trade agreement between the U.S. and China and an end to tariffs.

“Within the labor market, the biggest story is firms are looking to hire, and they’re really just restricted by the low unemployment rate and being able to find people…With that dynamic, we still think the labor market looks strong. They’re going to hire everyone they can,” said Tilley.

Goldman Sachs economists are less optimistic about February’s job growth, and expect only 150,000 jobs, the slowest pace in five months. “We believe the trend in job growth has likely slowed from the 232k average pace of the last six months, and we also expect a drag of at least 40k from above-average snowfall during the February survey week,” they wrote in a note.

The Goldman economists said February seasonal factors have also become a negative, possibly because of unusually mild weather in recent years. “If so, this would also restrain payroll growth in tomorrow’s report,” they added.

Tilley said he is watching to see if jobs were added in technology, and would expect them to be particularly in software and cloud computing. He noted that the fourth quarter GDP report showed a jump in spending in intellectual property and software by companies, with IP the strongest since the 1990s.