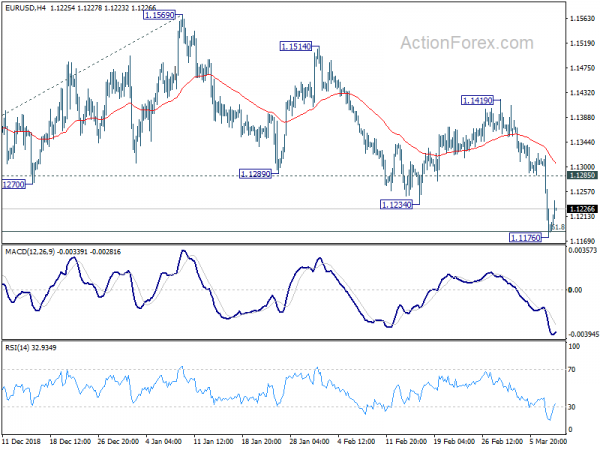 Dollar trades broadly lower in early US session after poor job report which shows only 20k growth, weakest since September 2017. However, weakness is at this point limited since the set of data is not totally negative. Unemployment rate did decline while wage growth accelerated. For now, Sterling is the weakest one for today on Brexit uncertainty, followed by Dollar, and then Australian. New Zealand Dollar is the strongest one, followed by Yen.

For the week, Yen is the strongest, followed by Dollar, and then Kiwi. Euro is the worst performing one, still holding on to post ECB losses. Sterling is the second weakest while Swiss is the third.

US NFP grew only 20k, but unemployment rate dropped to 3.8%, wage growth accele