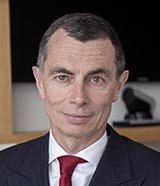 Jean Pierre Mustier is pinning his hopes on share buy-backs and dividend buy-outs in UniCredit’s latest three-year plan, as he tries to convince investors to look beyond its falling return on equity.

The chief executive’s new plan, unveiled at the bank’s capital markets day in London on December 3, comes as lower-for-longer negative European Central Bank rates – and the looming effect of new Basel III reforms in Europe – are forcing more eurozone banks to abandon hopes of earning a double-digit return on equity, something previously regarded as an industry minimum.

UniCredit, which can style itself a pan-European institution thanks to top-tier positions in Italy and Germany, now targets an underlying return on tangible equity of 8% by 2023. That compares to a target of more than 9% in its previous plan, made at the height of Italy’s non-performing loans crisis.

German lender Commerzbank also had to cut its three-year target to 4% this autumn, compared to 6% in its previous plan.

The new targets come as a less benign interest rate outlook for lenders across the continent puts about a quarter of European bank profits at risk, according to UBS. European Banking Authority assumptions suggest EU banks could see their capital demands rise by 7% when the new Basel rules come into effect in 2022 and by 25% five years later.

The question of the impact on profitability is particularly pressing for German banks, and UniCredit. Until now, according to Berenberg, analyst consensus for the return on equity over the coming years at Italy’s biggest bank has been just under 7%. According to UBS, UniCredit’s expected ROE is lower than any other big European lender headquartered outside Germany, where banks at least have the benefit of lower perceived sovereign risk.

“Banks risk becoming value traps,” Mustier admits, in an interview with Euromoney. “ROE goes down as the ‘E’ goes up. As a standard return on tangible equity target for the industry, 8% is the new 10%.”

Mustier says UniCredit can nevertheless handsomely reward its investors, as it is taking more steps not just to shore up income but also to bolster its capital base. He describes €16 billion in value creation in the plan, comprising €8 billion in capital distributions and an €8 billion tangible equity increase.

For the 2019 financial year the bank will move to a 40% profit distribution ratio, up from 20% in 2018 and rising to 50% in 2023. This year, the distribution will be 30% by cash dividend and 10% by a share buy-back – its first for more than ten years – in another sign the ECB is looking more favourably on buy-backs by banks after Nordea made a similar move in October.

UniCredit is, in addition, changing its legal structure to optimize its bail-in funding requirements – the minimum requirement for own funds and eligible liabilities (MREL) buffers. To do so it is creating a new sub-holding for its international operations, unlisted and incorporated in Italy.

As such it is not, as some assumed, moving to a multiple point of entry resolution structure, although it is seeking to further cut its intra-group exposures and holdings of Italian government bonds.

The bank has already taken several steps that will serve to bolster its capital this year. On December 1 it said it was exiting its Turkish joint venture, instead gaining a 32% direct stake in Yapi Kredi, in a move which could facilitate a full sale of its stake in the bank. It sold 9% of the Turkish bank to local partner Koc Holding as part of the agreement. Mustier says the venture never earned UniCredit its cost of equity in euro terms.

Mustier says the bank is coming to an end of such disposals and could even do bolt-on acquisitions in central and eastern Europe, but he is targeting €1 billion in gross cost cuts in western Europe, about 12% of its 2018 cost base.

He says the approach will be less drastic than the previous plan, which saw even more cuts than targeted – more than €2 billion in total – although the new approach may take longer to yield such clear results. The previous plan involved 14,000 job cuts, while the latest envisages 8,000.

“The first plan was very brutal; we delivered more than what we said,” he says. “Now it will be more bottom-up, more about process optimization, improving customer satisfaction and productivity.”

Mustier stops short of the kind of technology evangelizing in which some peers indulge. But the bank is pushing more clients towards online channels. It plans to make its retail network entirely paperless, starting with Italy in 2020.

“We’re investing in the bank of the present,” he says. “We’ve cut more costs in the previous plan to invest more in technology.”

Despite rumours earlier this year that UniCredit could bid for Commerzbank, Mustier says he prefers buy-backs to acquisitions, certainly of the large variety. He is also sceptical about the chances that a European Deposit Insurance Scheme would become a reality, despite recent noises from the German government apparently in support of it.

To protect their profits, Mustier thinks more banks must pass on negative rates to corporate and retail customers, as UniCredit is starting to do, because their deposits but not loans have been “floored to zero” up to now. He acknowledges this cannot apply to customers with less than €100,000 on deposit due to the danger of pushing more vulnerable individuals into riskier assets.

“The point is to have a bank balance sheet with no asymmetry,” he says. “The issue with negative rates is not so much the scale, the 20 basis points in difference… If it’s for a long period of time, it will impact the long-term profitability of banks.”