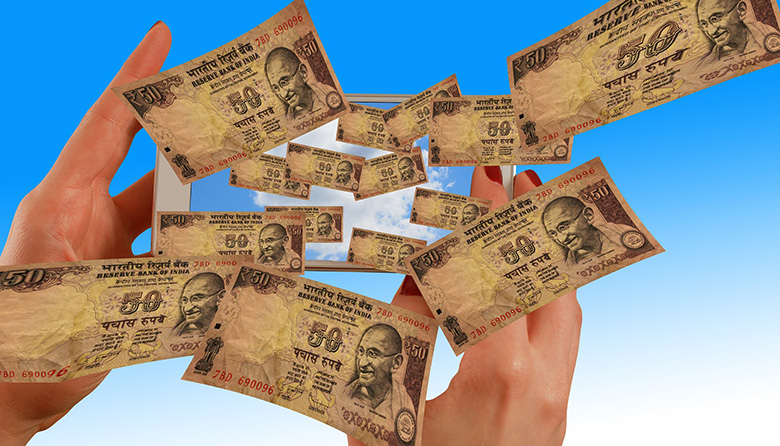 Forget the Nordics – India is the country that is most likely to become the world’s first cashless society. Apparently.

Search #cashless and there is a swathe of tweets linked to Sweden, the UK, the US and increasingly India as banks and financial institutions across the country pump money into marketing campaigns to encourage Indians to drop paper money and go cashless.

Visa is the latest company to jump on the bandwagon – a move hoped to boost market share as it begins to lose out against homegrown payment providers. However, any affect the new campaign ‘Tap to pay with Visa. Just like that’ has had on the company’s bottom line is still unfolding.

India’s willingness to adopt cashless solutions is driven by three factors, which payment providers such as Visa hope to take advantage of.

Firstly, there was demonetization, announced in November 2016. Prime minister Narendra Modi took all 500 and 1,000 rupee notes out of circulation in the hope it would eradicate black money from the economy and cut corruption.

By September 2017, 15.4 trillion rupees ($242 billion) had been returned to the central bank, more than 99% of the total number of bills in circulation.

The identification system was launched in 2009, but it gained steam in 2018 after India’s Supreme Court ruled that the programme was constitutional and did not violate citizens’ right to privacy.

And thirdly, there was the introduction of India Stack in 2016, which is a series of secured and connected systems that allows individuals to store and share data such as addresses, bank statements, employment records and tax filings – and can all be shared via Aadhaar.

Consequentially, these schemes have limited the availability of cash in the economy and created a digital database of more than one billion Indian citizens that has given them some semblance of credit history.

But how easy will it be to bank the rest of India and bring this population into the formal financial sector?

The top-down approach in the drive to becoming cashless has not done much to win over the hearts and minds of people in the country. Between 2014 and 2018, India’s banked population rose from 54% to 80%, but given the size of the population – more than 1.3 billion people – there is still a long way to go.

Indeed, just because they are banked does not mean they are digitally banked.

According to a report by CUTS International, only 48% of merchants in India’s cities accept digital payments, and digital payments account for just 10% of all transactions in India. Even if you wanted to go cashless in some instances, you can’t.

Among India’s poor, strong cultural views on tangible money means that cash is still the main way to transact. In fact, research continues to show it is the nation’s poor and not the corrupt that have been hurt the most following demonetization.

Research by IFMR Lead, a non-profit organization based in India that focuses on research and outreach in development economics and finance, found a 20% drop in the income of the rural communities they surveyed immediately after demonetization.

Less than 5% of the households reported using digital financial services for their transactions following demonetization.

Cashlessness in India has a long way to go.