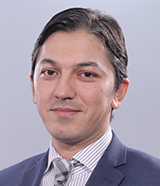 The head of Uzbekistan’s new capital markets agency is hoping to build on the success of the country’s debut sovereign eurobond sale to attract foreign banks and investors to its domestic market.

Atabek Nazirov, a former Goldman Sachs banker who returned to his homeland last May after eight years at the European Bank for Reconstruction and Development (EBRD), was tapped in late January to lead the restructuring of Uzbekistan’s capital markets.

“We are aggressively looking into all the obstacles in our legal environment and infrastructure to assess what we can do to give traction to our capital markets in the short term, as well as developing a comprehensive strategy that will lay the foundations for a long-term holistic approach,” he says.

Since Karimov’s death in 2016, his successor, Shavkat Mirziyoyev, has pushed through a series of reforms designed to open up the country to external capital, including a move to full currency convertibility in September 2017.

Barriers to investment in local capital markets, however, have been slower to fall. Chief of these was an effective ban on the repatriation of profits from the sale of listed equities, which was still in effect at the start of this year.

That was finally lifted on March 1 and by mid-month Asia Frontier Capital (AFC), a Hong Kong-based fund, had successfully completed the first conversion and repatriation of funds from the sale of an Uzbek stock for more than a decade.

Thomas Hugger, AFC’s chief executive, says this marked a “major milestone” for foreign investors. “Until now, repatriation was possible on paper but not in practice,” he says. “That’s why stock prices have remained depressed despite increasing interest in Uzbekistan’s reform story.”

Fund managers hope the next step will be the removal of restrictions on the purchase of bank stocks, which make up nearly two-thirds of the freefloat on the Tashkent bourse. At present, external investors can only buy shares in listed banks – with approval from the central bank – if they take a 10% stake.

Nazirov says the issue is a priority for the Capital Markets Development Agency (CMDA), which was launched at the end of January. “We are very actively discussing with other parties how to lift this restriction,” he says.

“We hope the remaining bits of banking regime liberalization will take place gradually over the course of this year.”

Hugger says this would be a very big step for foreign investors – “if it really happens”. Despite these barriers to entry, however, AFC has managed to invest more than $800,000 in nearly two dozen Uzbek stocks over the past six months, in sectors including construction, natural resources and cooking oil.

AFC is now preparing to launch the first ever dedicated Uzbekistan equity fund, which is due to go live by the end of March. Hugger says the project has attracted a lot of interest from investors, mainly in Europe and the US, but notes that the initial size of the fund will be constrained by lack of market liquidity.

While the market capitalization of the Tashkent Stock Exchange is close to $3 billion, the freefloat is less than $300 million. The CMDA hopes to boost this by increasing the minimum freefloat size for state-owned enterprises to 20%.

Nazirov says this is top of the list of priorities for the new agency. He also notes that the need to increase market liquidity is matched by an equally urgent need for capital on the part of Uzbek companies from both the public and private sectors.

“Every major firm in Uzbekistan is now considering or working towards issuing more stock on the local market,” he says. “Unfortunately getting companies ready for a proper listing – in terms of corporate governance, IFRS audits etc – will take time. There are no quick wins.”

Policymakers are hoping to get things moving faster in Uzbekistan’s local corporate bond market. In December, the finance ministry sold the first domestic sovereign bonds since 2012, raising Som600 million ($72 million) in tenors of up to three years.

That was followed by a second issue on February 19, less than a week after the successful completion of Uzbekistan’s inaugural $1 billion eurobond sale.

Odilbek Isakov, another Uzbek “repat” who left HSBC to head up the country’s new debt management office, says the government plans to raise at least Som1 trillion on the domestic market this year. “We want to build up a risk-free yield curve to promote the development of local capital markets,” he says.

The first two domestic sovereign issues were bought by local investors, with the majority of demand coming from banks and insurance companies, but Isakov says foreign funds have also expressed an interest in participating. “We may potentially involve them this year as well,” he says.

Meanwhile, Nazirov is looking at ways to enco