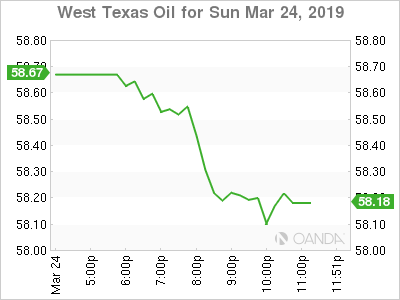 Energy prices are lower on Monday as the US dollar rebounds after the comments from the US Attorney General removed some uncertainty surrounding the White House. Oil rose after a surprise 9.6 million drawdown and the efforts of the OPEC+ to keep production lower.

The cancellation of the April ministerial meeting pushed the focus to the end of the agreement in June, when a probable extension could be announced as the de facto leaders Saudi Arabia and Russia have hinted that the deal could still be in place until the end of the year.


The demand for energy continues to gather steam, even as global growth forecasts have been downgraded as mixed economic indicators and trade disputes impact investor confidence.

Oil markets continue to seesaw between the two main factors driving prices: US production and the OPEC+ agreement to cut output with disruptions such as the shock US drawdown tipping the scale in favour of a rise in prices.