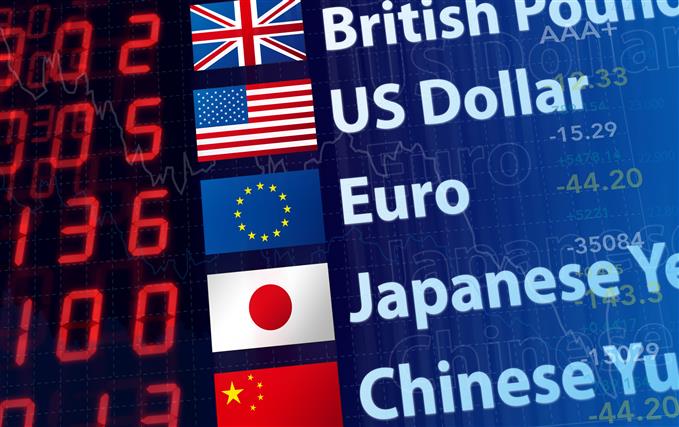 Central banks often deem it necessary to intervene in the foreign exchange market to protect the value of their national currency. Central banks can achieve this by buying or selling foreign exchange reserves or simply by mentioning that a particular currency is under or over-valued, allowing participants of the forex market to do the rest. This article looks at the different types of central bank interventions and important facts to keep in mind before trading.

What is foreign exchange intervention?

Foreign exchange intervention is the process whereby a central bank buys or sells foreign currency in an attempt to stabilize the exchange rate, or to correct misalignments in the forex market. This is often accompanied by a subsequent adjustment, by the central bank, to the money supply to offset any undesirable knock-on effects in the local economy.

The mechanism mentioned above, is referred to as “sterilized intervention” and will be discussed later on, along with the other currency intervention methods.

How forex traders can trade a central bank intervention

Traders must keep in mind that when central banks intervene in the forex market, moves can be extremely volatile. Therefore, it is essential to set an appropriate risk to reward ratio and make use of prudent risk management.

Central banks intervene in the forex market when the current trend is in the opposite direction to where the central bank desires the exchange rate to be. Therefore, trading around central bank intervention is a lot like trading reversals.

Why do central banks intervene in the foreign exchange market?

Below is an example of successful central bank intervention in response to Japanese Yen strength against the US dollar. The Bank of Japan was of the view that the exchange rate was unfavorable and swiftly intervened to depreciate the Yen thus, resulting in a move higher for the USD/JPY pair. The intervention took place in the timespan depicted by the blue circle and the effect was realised shortly thereafter. 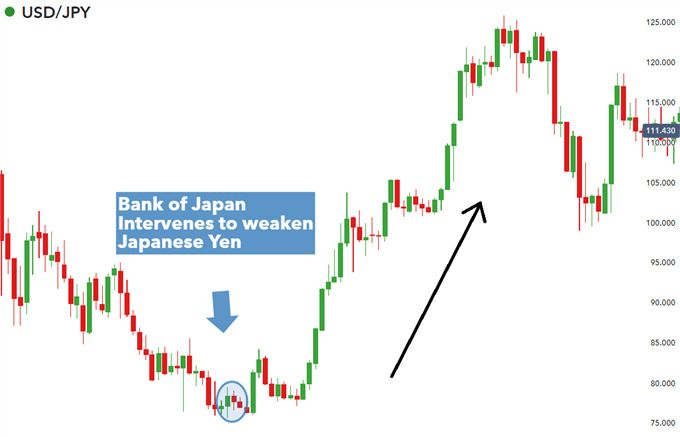 While most central bank intervention is successful, there are instances when this in not the case. The chart below depicts a currency intervention example in the USD/BRL (Brazilian Real) currency pair. The chart highlights both instances where the central bank intervened to stop the decline in the Brazilian Real. It is clear to see that both scenarios failed to immediately strengthen the Real against the US dollar as the dollar continued to rise higher and higher. 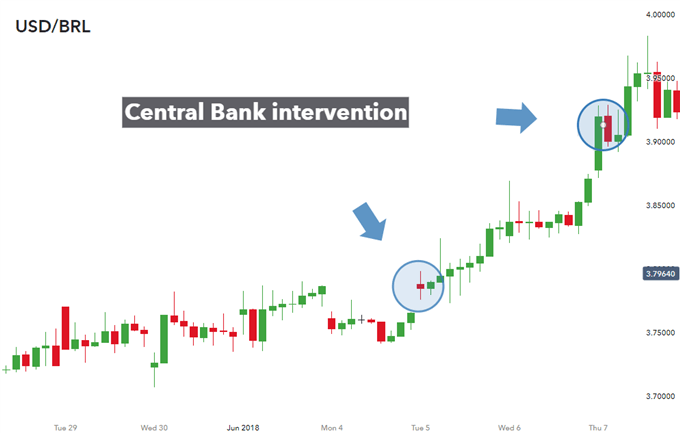 Read more on the role of central banks in the forex market.

How does currency intervention work?

Learn more about the role of central banks and forex trading

Read more about the major central banks from around the world: