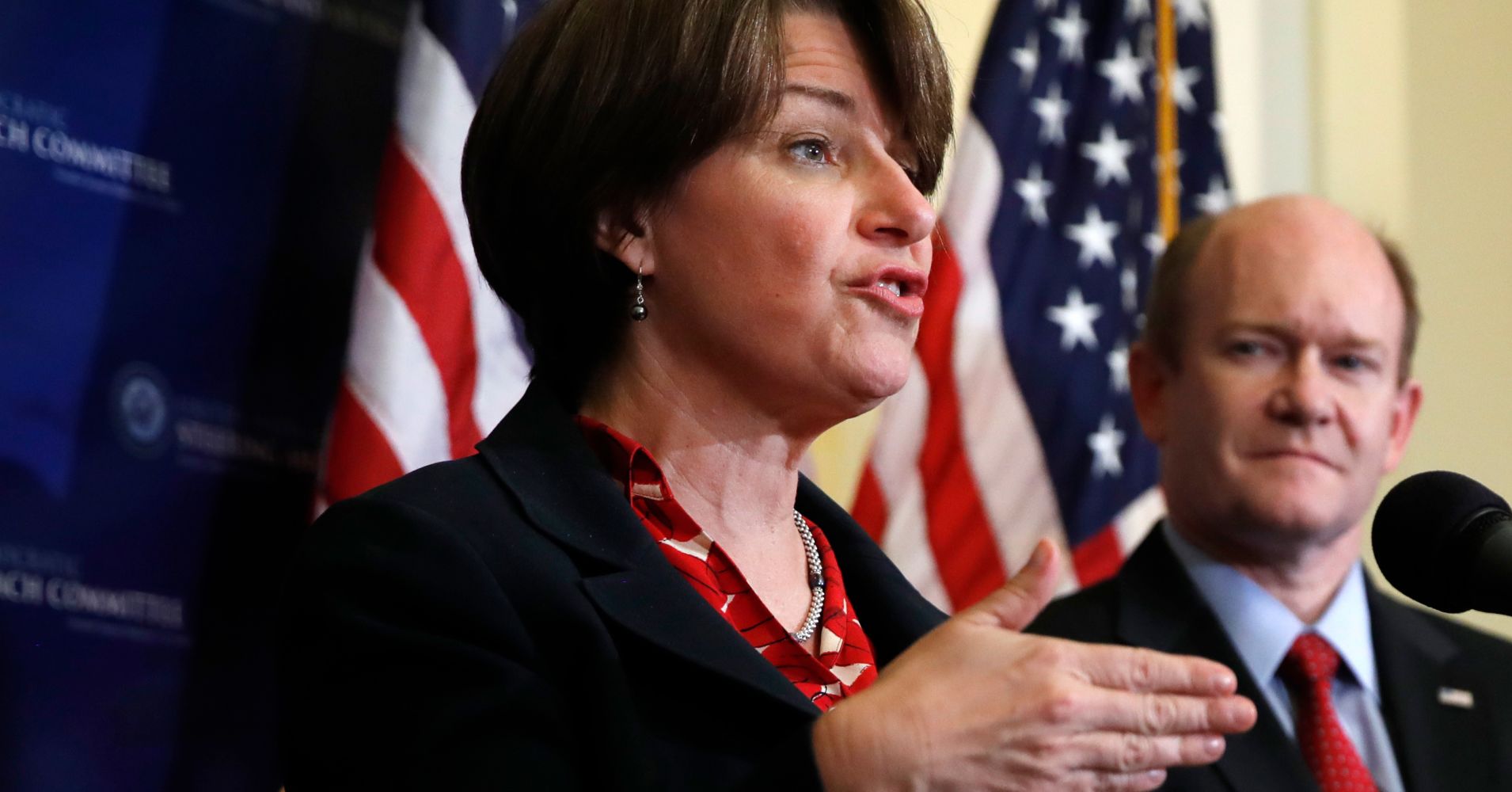 Sens. Chris Coons of Delaware and Amy Klobuchar of Minnesota planned to introduce a bill Thursday that would make companies contribute to employee retirement plans. Here’s what the measure calls for:

“As we deal with immediate problems people have with their health care costs and the costs of college, sometimes what gets forgotten is that people are living longer and longer,” Klobuchar said Thursday. “That means that they’re going to have a need for retirement.”

The proposal is part of Democrats’ efforts to reimagine America’s social safety net through sweeping new programs that range from expanding low-income tax credits to the Green New Deal. Klobuchar, who is running for the 2020 Democratic presidential nomination, has also proposed rolling back a portion of President Donald Trump’s corporate tax cut to help pay for her $1 trillion infrastructure plan.

Minimum retirement contributions have won support from both progressive and moderate think tanks as well as key voter groups such as the Service Employees International Union and the AARP.

“The Saving for the Future Act will do more to reduce wealth disparity and improve the fortunes of working wage Americans than any single piece of legislation in Congress,” said Jim Kessler, executive vice president for policy at the centrist Third Way. “This bill is bold, far-sighted, affordable, and pragmatic.”

At a rate of 50 cents an hour, companies are estimated to contribute at least $20 per week per employee and more than $1,000 per year into workers’ savings accounts. The minimum rate rises to 60 cents an hour after two years and is then indexed to wage growth. Over time, the contributions are expected to translate into more than $600,000 in savings for a work with a high school education, according to lawmakers’ analysis of the bill.

Meanwhile, businesses could offset their costs with tax credits for contributions for up to 30 employees: a 50% credit for the first 15 workers and 25% for the next 15 workers. The program is expected to cost $200 billion to $250 billion over a decade.

Many companies that currently offer pensions or provide matching contributions to 401(k) plans would already be in compliance. But the proposal would also create a new federal savings vehicle called an UP account that small businesses can use to contribute to workers’ retirement.

With an UP account, the first $2,500 in savings would be available for emergency expenses. Additional contributions would be dedicated to retirement, the lawmakers said.

Business with 10 employees or less could opt out of the program. Their workers would get individual tax credits for their retirement savings.

“It enables workers that lack access to save in a high-quality retirement plan and pushes all employers to contribute towards their employees’ retirement so that workers don’t have to do it on their own,” said David Madland, a senior fellow at the Center for American Progress Action Fund.