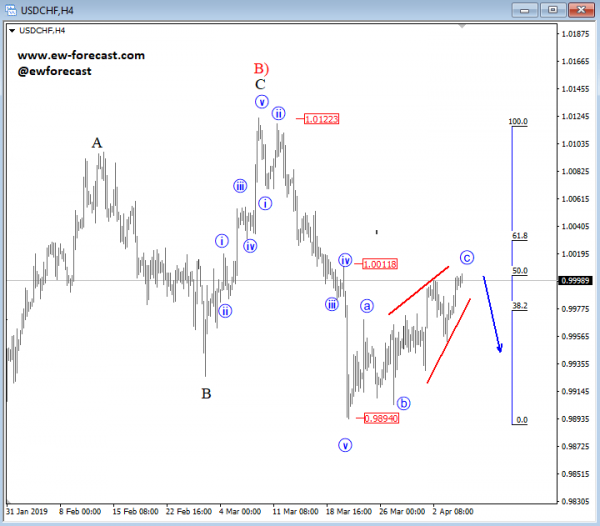 USDCHF is trading bearish, down from 1.012 level where a higher degree wave B) found a top, and wave C) started to develop. We can see that price unfolded a five-wave drop down to 0.9894 level, from where a temporary, three-wave pullback showed up. This three-wave pullback is now trading at potential resistance and reversal zones at 1.00-1.003, where a new turn lower may follow. At the mentioned zone, former swing high of wave iv and Fibonacci ratios can also react as reversal zones for the pair.


Below we have a closer look at the correction on the USDCHF pair.

USDCHF is trading higher but look at the personality of recovery from March 21st, its slow, choppy and overlapping so I think it can be a corrective rise; maybe even an ending diagonal in wave c here which can give even more confidence for a potential reversal lower in the near-term. .