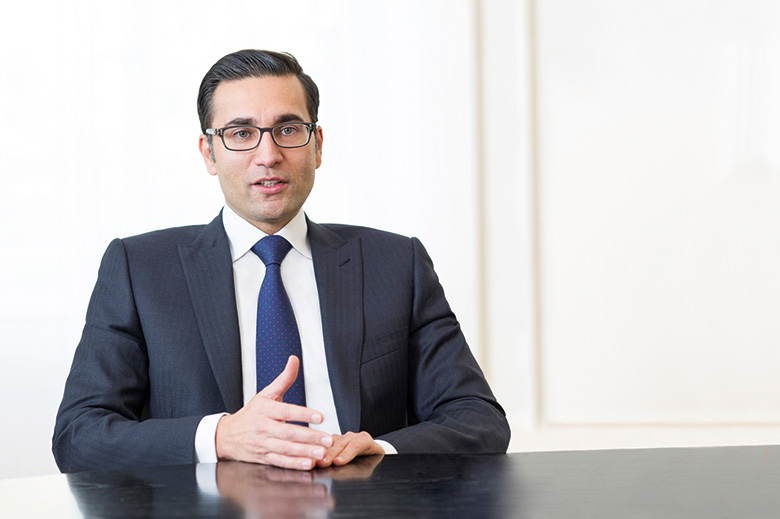 UBS announced at the end of August the departure of Martin Blessing, co-head of UBS Global Wealth Management (WM), and his replacement by Iqbal Khan, the former head of International WM at Credit Suisse.

Blessing had only been in his role since January 2018, alongside US-based co-head Tom Naratil. Blessing replaced Jürg Zeltner, CEO of UBS WM, when UBS joined its Americas business with WM to create one global business – now UBS Global WM.

Market participants and sources within the firm said that Blessing had not been the fit that some had hoped – although the strategy from the top seemed confused from the beginning.

Blessing was an odd replacement for Zeltner, given he had only been with UBS for two years, having joined as president of UBS Switzerland in 2016 when he left his position as CEO of Commerzbank.

The Naratil/Blessing combination, it seemed, was designed to bring some stability to UBS’s WM business, which had started to stall in the US and Europe.

Blessing’s colleagues say he was well-liked and seen as a competent leader, but just one year in, it was clear that what UBS needed instead of stability was more dynamism than that found in the Naratil/Blessing partnership.

In fairness to Blessing, most of UBS’s issues lie within the Americas – Naratil’s stamping ground.

In 2018, the firm’s assets dropped 5% and net new assets were almost half that of the two previous years, driven primarily a $4.1 billion net loss of assets in the Americas.

This year has continued to be challenging for UBS: second-quarter earnings showed a decline in revenues year-over-year (YOY), while the Americas experienced net outflows of client assets again. After increasing hires last year, the number of advisers fell by more than 250 YOY – nearly all from the Americas.

The impact of an unclear strategy is reflected in UBS’s stock price. In the year to September 1, its shares were down 14.45%; those of competitor Morgan Stanley were up 4.56%, while Credit Suisse was up 1.15%.

Khan is young and hungry. The bank needs someone like that

If UBS’s new strategy is to have fresh blood with new ideas, Khan’s arrival makes sense on paper. At Credit Suisse, he spoke often about impact investing, digital and next gen, in addition to planning strategic moves such as going more aggressively into the $5 million to $30 million sector.

As one former UBS staffer says: “Khan is young and hungry. The bank needs someone like that.”

UBS group CEO Sergio Ermotti has seen a younger head in that position before, and it worked. Zeltner, for example, took the role when he was just 42 – Khan is 43 – and moved UBS WM into a leading position after the financial crisis.

According to some within UBS, Khan had been on the radar of senior management for several years.

Says one former senior staffer: “The business has been pretty stagnant for over a year now and everyone thought Sergio and the board were just sitting on their hands. Now it seems maybe they’ve been courting Khan for a while, as well as thinking about repositioning other senior roles.”

Khan was also known to have had ambitions for a more senior role – something that was not likely to happen at Credit Suisse, where CEO Tidjane Thiam’s strategy had been to have more regional heads with greater autonomy within WM rather than roles with global oversight.

Khan’s role in effect locked him out of Asia – the largest growth region for the WM management industry. Asia instead had two co-heads of its own.

One senior Credit Suisse private banking executive that recently left said the constant focus on cost reduction at the firm was also prohibitive to “getting anything done”, which may have also frustrated Khan.

His business of International WM was the only business in Credit Suisse to lose headcount in the second quarter of 2019 – 280 jobs were axed.

Will Khan find a more hospitable environment at UBS? Naratil will certainly have the tougher job, but cost-cutting looks just as likely to continue at UBS as it does at Credit Suisse.

Ray Soudah, founder of WM M&A advisory MilleniumAssociates, says: “In the final analysis, the two firms will inevitably continue a strategy of deep cost cutting given the difficulty of service and performance differentiation and insufficient AuM growth.”

Indeed, in March, Ermotti said the firm would be cutting $300 million in costs during 2019.

Neither firm seems to have an easy path ahead. WM globally is going through a period of turbulence as constant cost-cutting and strategy shifts have allowed room for new boutiques to emerge and investors remain sidelined in the volatile markets.

Is Khan the man to turn around UBS’s WM business, despite not having US or Asia experience? And is Naratil’s position in jeopardy?

There’s a lot to prove for both co-heads, because Ermotti surely has to be thinking about a potential successor.