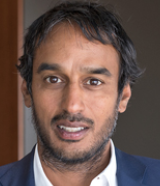 The dominance of the investment banking lieutenants of Goldman chief executive David Solomon at the top of the firm was reinforced on September 3 when Chavez was replaced as one of three global securities co-heads by Marc Nachmann, who had been a co-head of investment banking.

Nachmann has even less experience of sales and trading than Jim Esposito, who at least served a stint as head of strategy for the securities unit and as co-head of fixed income sales before he was appointed co-head of the overall division last year.

Nachmann gained a reputation as a capable risk manager when he was co-head of global financing, which includes debt and equity capital markets issuance.

His lack of dealing room experience nevertheless stands in stark contrast to Varadhan, the co-head of securities, who is increasingly looking like a relic of the Lloyd Blankfein era at Goldman when high-stakes traders dominated the firm.

Chavez, whose departure was announced less than a year after a sideways move from chief financial officer to securities co-head, never ran a trading business either. The bulk of his career at Goldman was spent within the securities group, however.

Chavez was an acknowledged expert in product engineering and adoption of new technology across the firm. His appointment as securities co-head last year had a clear logic in fostering a push to apply digital solutions across asset classes, in a bid to improve both client revenues and risk management.

Nachmann’s move from co-head of investment banking into the securities unit also has a nominal logic. Solomon, in a memo jointly signed by president John Waldron and CFO Stephen Scherr, told staff that Nachmann’s background would help “to grow our securities franchise with more of our corporate clients and expand our financing capabilities more broadly.”

But the move also risks the perception that Esposito and Nachmann, who once worked together as co-heads of global financing, may gang up on Varadhan in trying to enforce an agenda set by Solomon and Waldron.

Solomon ran into the first real criticism of his tenure leading Goldman when an investor day presentation to detail the firm’s new strategy was scheduled for next January, much later than many stock analysts had expected.

If Varadhan decides to follow Chavez into ‘retirement’ from Goldman before that presentation, then doubts will inevitably grow about the ability of the remaining managers to execute a policy of increasing trading revenues from investment banking clients.

There has certainly been a dramatic thinning of the ranks of senior traders at the firm. The departures of securities co-heads Isabelle Ealet and Pablo Salame last year came as no surprise once their effective sponsor at the top of the firm – Harvey Schwartz – lost the race to succeed Blankfein as chief executive.

There have also been exits by other experienced trading managers who may have been disappointed to be passed over for promotion, however, such as equities veteran Paul Russo and fixed income dealer Justin Gmelich.

Varadhan made his name as an interest rate swap trader with an appetite for big dealing bets and was a key risk taker when Goldman generated $23 billion of fixed income revenue in 2009, or more than half of the $45 billion produced across the entire firm that year.

A decade later, the impending relaxation of the Volcker Rule that limits proprietary trading by banks is not expected to create a comparable dealing bonanza.

But there would be a fine irony if Varadhan follows his trading veteran peers out of Goldman and the investment bankers now calling the shots fail to outperform their competitors in the event of any future revival in dealing revenue.