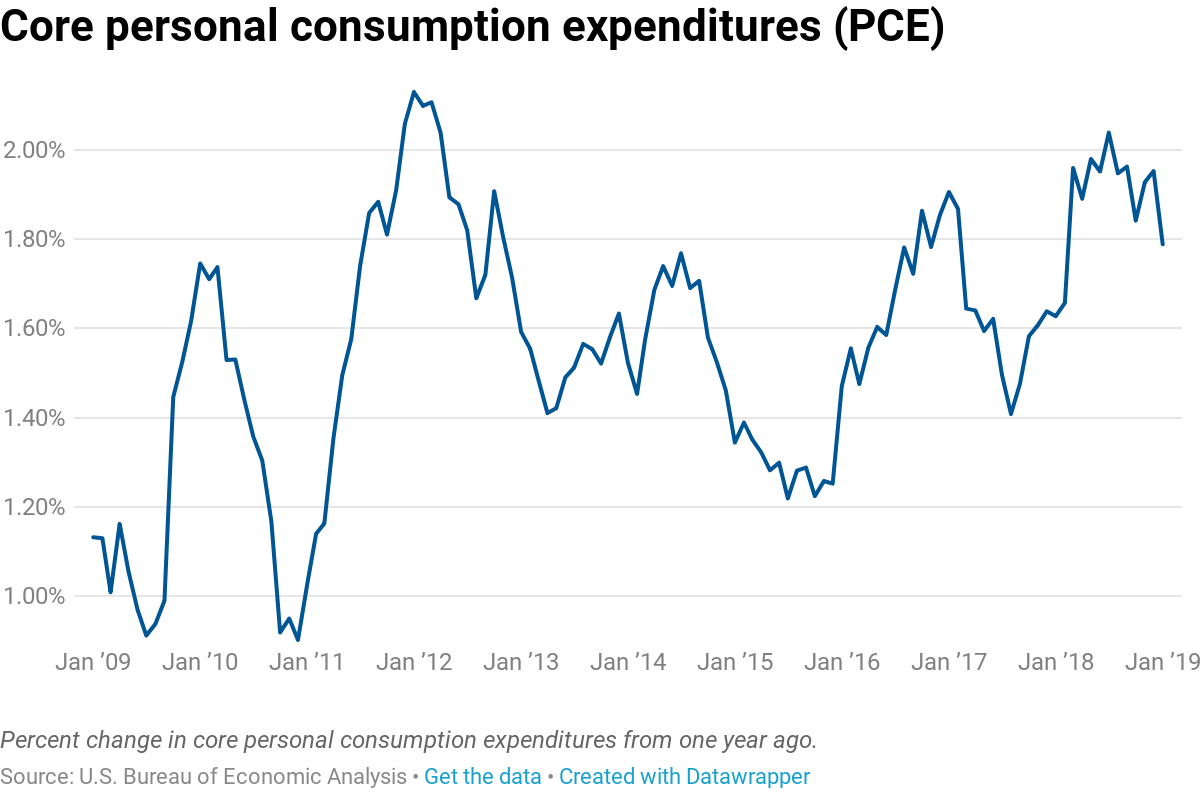 “I can see the funds rate being flat and unchanged into the fall of 2020. For me, that’s to help support the inflation outlook and make sure it’s sustainable,” Evans told CNBC’s Steve Liesman.

Though Evans said he wouldn’t categorize the Fed’s December 2018 rate increase as a mistake, the central bank official did highlight more muted economic growth estimates and elusive inflation as priorities. The Fed has for years targeted 2% inflation as a level at which the U.S. economy can grow at a healthy clip.

The central bank’s preferred inflation metric, core personal consumption expenditures index, rose to 2% in May 2018, but has had trouble maintaining that level. Some Fed officials that have been concerned about spotty inflation reads — including Evans — have suggested that they’d be comfortable letting prices rise above a 2% pace in times of economic expansion to balance out periods of lower inflation and slower GDP growth.

“I had been thinking that inflation was finally going to be solid, hit 2% on a sustained basis — maybe go over a little bit. That was my projection,” Evans added on “Squawk Box” on Monday. “And on the strength of that I had — as recently as September and December — thought that maybe a couple rate hikes were in our future.”

As a member of the central bank’s policymaking arm in 2019, Evans joined his fellow Fed colleagues in voting to hold the benchmark overnight lending rate steady in March. The Federal Open Market Committee also suggested at its meeting last month that no more interest rate increases will be coming this year.

Evans told CNBC in March that recent concerns about an inverted yield curve — where short-term yields exceed long-term, often viewed as a recession indicator — and general growth angst were enough to make some economists nervous.

“I think anytime the economy decelerates from 3.1% down to 2%, it takes a really sharp-minded focus to kind of go, ‘All right, it’s less than what we had but it’s still pretty good,'” he said at the time.

Though Evans sees economic growth of between 1.75% and 2% this year, he noted in March that the U.S. labor market looked strong and that he wasn’t worried about a recession.﻿