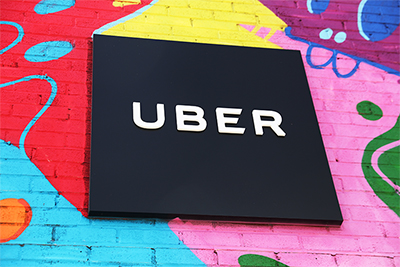 “What is Amazon?” one banker asks, I hope rhetorically. “Clearly it is not just an online shop.”

To my relief, he answers himself: “It is a price discovery tool.” His colleague objects, however. “Surely, it is an automated supply chain.”

I have stopped listening. It is late and I have agreed to meet another banker at the ghastly and characterless Hudson Yards where we wander round the new and much heralded arts complex, The Shed. This turns out to be utterly bland and forgettable.

Afterwards the banker has to get to a party in Brooklyn. She slips out her new smartphone and hits the Lyft app.

“Not using Uber?” I ask the person who first introduced me to ride hailing and who used to spend her life in Ubers. “No. Uber is so expensive, these days,” she tells me almost pitying how far behind I still am.

I think of Lyft’s share price. The company priced its IPO at $72 at the end of March, saw the shares pop 23% on the first day but has since watched them crash to $56 in mid April, now 22% below issue price.

This is not a great start to a year in which ECM bankers have been telling me 100 unicorns could list, raising perhaps $100 billion for companies together valued privately at around $600 billion.

So, it’s not just my banker friend switching from Uber.

Building a community requires incentivizing drivers. It might be taking market share from Uber but that comes at a cost.

Uber, of course, is the big one, due to list in late April or early May. Some ECM bankers had been talking, not for attribution of course, about a valuation of over $100 billion, perhaps as much as $120 billion. Following Lyft’s share price crash, those expectations are being reined in. The lowest guess Euromoney hears now is $70 billion, back roughly where Uber was valued last August when Toyota made a private investment of $500 million.

The collapse in Lyft’s shares, coming with a fuss about some banks shorting its shares, perhaps as a hedge on total return swaps provided to owners of the stock, has sucked the momentum out of the Uber IPO. The headlines now are all about item number three among the 16 summary risk factors listed in its S-1 statement filed with the SEC in April.

“We have incurred significant losses since inception, including in the United States and other major markets. We expect our operating expenses to increase significantly in the foreseeable future, and we may not achieve profitability.”

The S-1 document includes a nice ‘J’ curve of the number of trips customers have taken with Uber. It took the best part of five years from inception in late 2011 to reach one billion trips in March 2016. Seven months later the two billionth customer had lolled in the back seat on the way back from that after party. Uber hit five billion trips 11 months later in September 2017 and doubled that again to 10 billion by September last year.

Never is a long time. But anyone buying at the IPO should certainly not expect the company to be profitable anytime soon. It will continue to incur losses as it spends to increase the number of drivers, consumers, restaurants, shippers and carriers using Uber through incentives, discounts and promotions. It intends to invest in expansion into new markets and to increase research and development expenses.

Analysts at UBS point out that academic research into average returns on IPOs mask huge variations between the many losers and the few winners: “There are very few losers on the first day, while after five years about 60% of all IPOs had negative total returns and a small percent had exceptionally positive returns.”

A very small number produce returns over 1,000% over five years. But trying to spot a winner is like buying a lottery ticket.

I think of how the ease of use of new technology comes with the absence of customer loyalty and embedded expectation of lower charges. Back in London, colleagues no longer Uber to the airport. The local minicabs have cut their prices to match and they don’t take off and charge you if you are two minutes late out of the door.

At Hudson Yards, my banker friend has been checking the MTA app, comparing Lyft’s journey time. “I’ll be better off on the subway,” she announces. We part at the 7 train. I walk back to my hotel –­ feet are still the best way to get around Manhattan ­– and email later to ask how the party went.

“I got there bang on time,” she pings back.

I reflect on how the old technology for personal mobility still works pretty well and on the price sensitivity of demand.