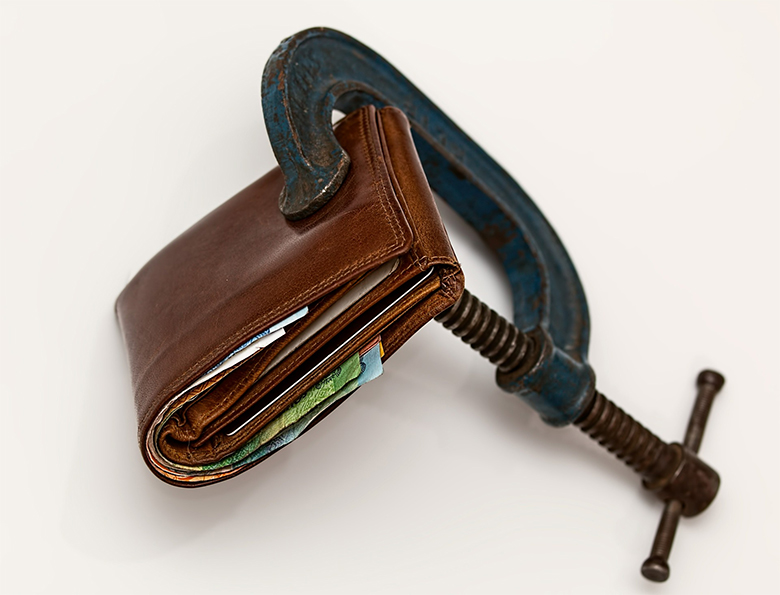 Mexican banks are facing a tougher-than-expected operating environment in 2019.

In February, the Mexican central bank reported sequential credit growth of just 0.4%. The disappointing result at the beginning of 2019, when bankers had been hoping to see credit growth accelerating as the presidential election faded from sight, was hampered by a -2.2% month-on-month fall in government loans.

Expectations that the central bank will cut its policy rate (the majority of forecasts range between 0.25% and 0.75% cuts in the second half of this year) could exacerbate the banks’ performance by weakening NIMs. At a UBS Mexican banking conference in March, Banco Bajio and Regional indicated that every 100 basis point cut in policy rates would lower NIMs by 45bp and 14bp respectively, although both added that they would look to mitigate NIM pressure by lowering funding costs, hedging and growing non-interest income.

The larger banks are less exposed, with Banorte and Santander Mexico reporting much lower sensitivities to lower rates (lower NIMs of 2bp and 3bp respectively for a cut of 100bp to the policy rate), while for Gentera, a bank largely wholesale-funded, a 100bp rate cut could push NIMs up by 10bp.

However, the banks would also hope that lower rates would boost affordability, thereby improving loan growth (which is hovering just below double-digits, at 9.4% in February) and better asset quality (albeit non-performing loans are stable at 3.6%). Lower rates may also result in lower cost of equity, which would support valuations.

Meanwhile, UBS’s Latin America banking strategist Philip Finch says that the challenge Mexican banks are facing from the fintech sector will complicate cost control: “Opex growth is likely to remain elevated as banks invest more in IT with some banks likely to experience negative operating leverage.”

A report by Citibank that followed its event with venture capital fund Magma highlights the bank’s view that despite the potential for fintech development in the country: “[The] incumbent banks have been slow to take up fintech. The larger banks (ie, Banorte, BBVA) approach it through heavy IT investments, which end up as non-disruptive [while] smaller banks, like Banregio and Sabadell are able to break this trend because of smaller size.”

Fintechs have been growing quickly in Mexico – in part due to the space left by the incumbent banks but largely because of the sizeable opportunity from the unbanked sector.

There are already 334 fintechs operating in the country (at the end of 2018, according to consultancy Finnovista, the second largest number after Brazil’s 377) that target many different sectors, with payments the leading source of start-up activity.

There are some pure lending entrants, as only 10% of Mexicans have access to traditional banking services and rely heavily on credit cards. This is a highly profitable segment for banks, given their low funding cost.

While the banks may have been caught a little off-guard, the Mexican regulator has been leading the way in fintech regulation. In 2018, the country adopted a new fintech law that ratings agency Standard & Poor’s described as “pioneering”, adding that: “The Mexican fintech law is well respected globally and is the cornerstone for regional peers developing regulation for the sector.”

The new law has created a clear regulatory framework, provides legal certainty about the sector (for customers, investors and other market participants) and helps fight money laundering and fraud.

The law also establishes a financial innovation group that will set the stage for sharing knowledge, ideas and experience from the financial technology and innovation sector with the public and private financial sectors.

The group is composed of representatives from different sectors, such as commercial banks, securities firms, insurance, e-payments, virtual assets and crowdfunding.

According to the S&P credit analyst Alfredo Calvo: “Digital transformation is essential for Mexico’s banking industry, and adopting financial technology will improve Mexican commercial banks’ long-term business and financial profiles. While competition from fintech startups could threaten the profitability of existing financial institutions, we expect to see a collaborative relationship between commercial banks and fintech companies rather than a rivalry. The mix of commercial banks’ and fintech companies’ strengths could offset their respective weaknesses and result in a more efficient and deeper financial system.”

Meanwhile, one positive aspect for the Mexican banking sector is that negative impacts from potential government policy are receding: there is now more policy visibility for banks as the sector engages more with the new government and fee cap risks are receding. Several of the banks have reported that they now expect limited revenue impact from any fee changes.