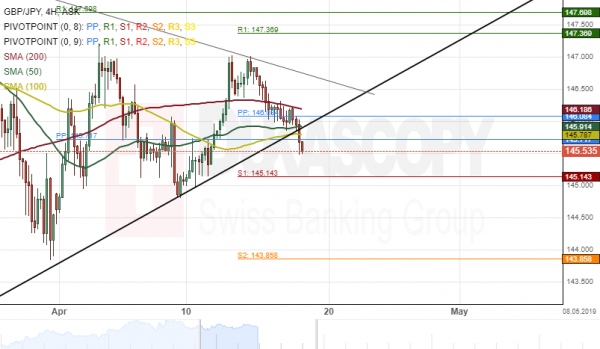 The British Pound has appreciated about 9.79% in value against the Japanese Yen since the beginning of January. This movement was guided in an ascending channel pattern.

Currently, the currency pair is testing a support level formed by the lower boundary of a four-month ascending channel and the 50-hour simple moving average at 145.79.

If the GBP/JPY passes the support level, a decline towards a swing low of 144.00 could be expected. However, if the given channel holds, it is likely that an upside reversal could occur in the nearest future.