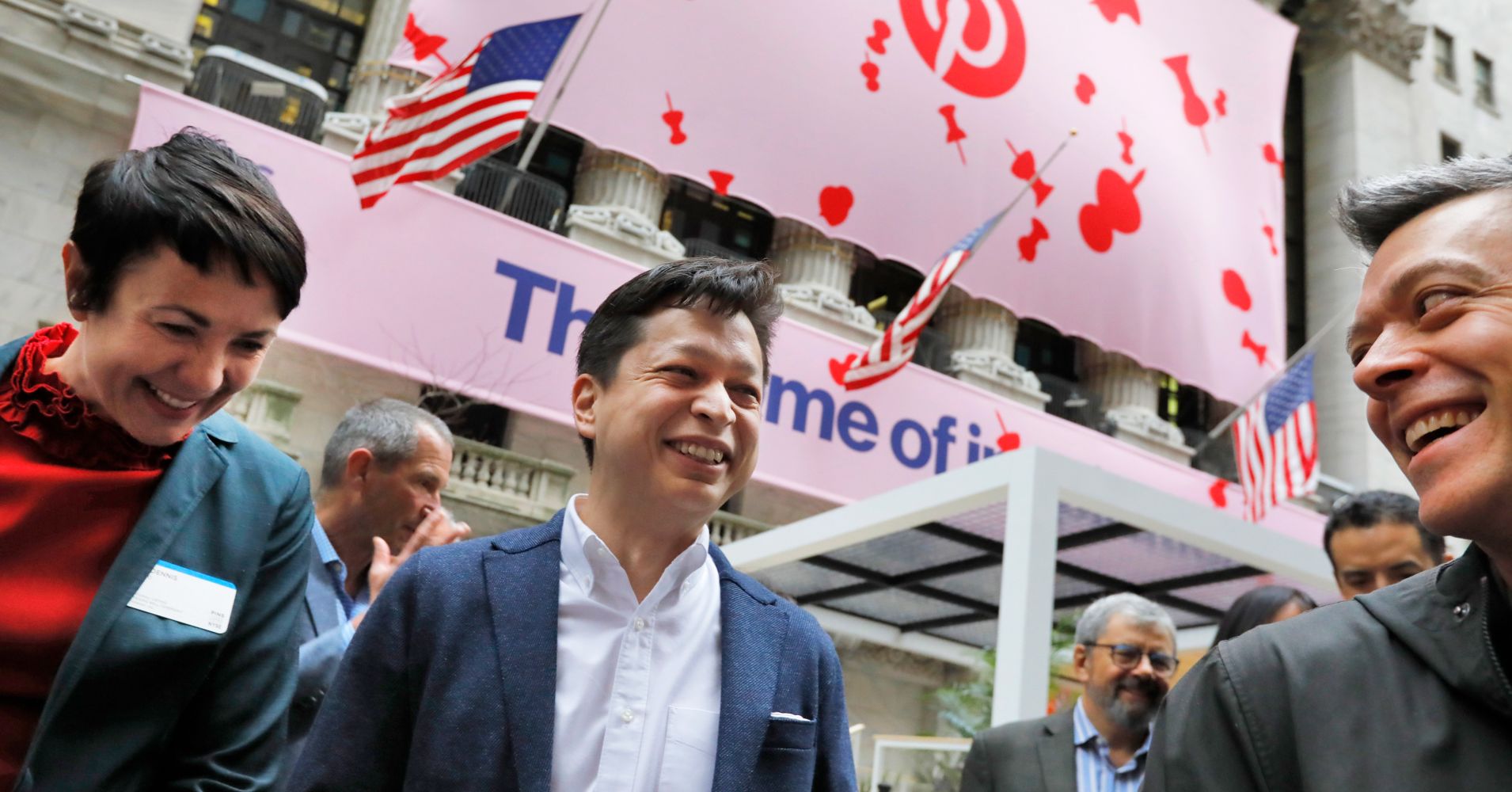 Zoom Video Communications — Shares of the videoconferencing software company Zoom surged 72.2% on Thursday, its first day of trading. The stock traded as high as $66, compared with its initial price of $36. The bump gave Zoom a market cap of $16.7 billion.

Pinterest — Pinterest surged more than 28% in its first day of trading. The lift pushed Pinterest’s market cap up $2.7 billion greater than when it was initially priced at $19 per share, which had valued it at $10 billion. The stock traded as high as $24.05.

Blackstone Group — Blackstone shares surged more than 7% after the private equity giant announced it will change its status to a corporation from its current one of a publicly traded partnership. CEO Steve Schwarzman said the change will let more people buy the company’s stock.

Travelers — Travelers rose 2.3% after the company reported first-quarter earnings that beat estimates. The insurer posted earnings of $2.83 per share, 9 cents above a Refinitiv estimate. Travelers also hiked it dividend to 82 cents per share.

Eagle Materials — The building materials company rose more than 6.5% after announcing it is reviewing its strategic portfolio options, which may include selling itself. The company also issued better than expected preliminary earnings guidance.

Alcoa — Shares of the aluminum company fell more than 3.5% after it missed Wall Street estimates in its first quarter financial report. Alcoa reported a loss of 23 cent per share, while analysts polled by Refinitiv expected a loss of 13 cents. Revenue also fell short, coming in at $2.72 billion versus $2.81 billion expected.

Atlassian — Atlassian plunged over 8.3% despite the company beating Wall Street’s estimates on earnings and revenue in its fiscal third-quarter report. The software development company issued weak guidance for its fiscal fourth quarter, sending the stock down.

J.B. Hunt Transport Services — The trucking company’s stock fell 1.3% after Deutsche Bank downgraded it to sell from buy, noting “it’s clear from our work that the trajectory of returns is negative.”

J.M. Smucker — J.M. Smucker climbed more than 1% after an analyst at Morgan Stanley upgraded the stock to equal weight from underweight. The analyst said its reinvestment strategy is paying off.

Snap — Shares of the social media company fell 0.6% after an analyst at Wedbush Securities downgraded them to neutral from outperform, citing limited upside from current levels.

Morgan Stanley — Morgan Stanley dipped 1.5% after Citi downgraded the bank to neutral from buy, saying the stock is “fairly valued.” Morgan Stanley’s stock got a 2.6% boost Wednesday from its solid first-quarter earnings, but Citi said the shares have little room to grow and is already in line with its 12-month price target of $48.

Skechers USA — The shoe maker’s stock dropped more than 10% on the back of weaker-than-expected quarterly results. Skechers reported earnings of 71 cents per share, below a StreetAccount estimate of 73 cents. The company’s second-quarter guidance also disappointed analysts.