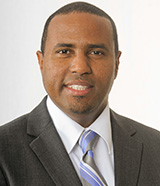 Ocean conservation finance (blue finance) took a large step forward in April on the back of two announcements.

The first came from The Nature Conservancy (TNC), which revealed its plans to put $1.6 billion to work towards marine conservation through the delivery of blue bonds during the next five years.

TNC tested its blue bond idea in the Seychelles starting in 2012, a deal that was a combination of debt restructuring and debt forgiveness, which launched in October 2018.

TNC CEO Mark Tercek says the organization has highlighted another 20 countries that could benefit from a similar structure.

Coastal or island nations would commit to protecting at least 30% of near-shore ocean areas, including coral reefs, mangroves and other important ocean habitats and species, and, in exchange, TNC helps restructure a portion of the nation’s sovereign debt.

New marine protected areas (MPAs) are then developed by TNC in partnership with local communities and governments, and are funded by savings from the debt restructuring, philanthropic dollars or impact investments.

“We have a long list of countries where this could work, but will they make it a priority?” asks Tercek. “In all cases, MPAs are resiliency initiatives, in addition to being environmental initiatives. Many of these countries’ livelihoods depend on coastal areas and they are being depleted.”

However, the deals are complex. Countries appropriate for blue bonds are poor and have infrastructure and social challenges that require resources and financing.

Justin Ram, director of economics at the Caribbean Development Bank, says that while blue bonds offer a means for Caribbean countries to address their debt burdens, they are not a silver bullet.

Says Ram: “What you don’t want is to lose in the creation of an MPA is your exclusive economic zone and negatively impact livelihoods. There is an opportunity cost here. So there needs to be retraining so that individuals can take advantage of the new non-extractive opportunities that an MPA provides.

“But since hurricanes Maria and Irma, there is greater focus on resiliency now, and a recognition that if resiliency isn’t addressed then debt burdens will only increase in the next hurricane season.”

Ram says policymakers across his region are warming to the idea of blue bonds, but there is still work to be done in understanding the impact of an MPA.

“An MPA is forever,” he points out.

One blue finance expert points out that, given the inherent complexities of creating win-win situations for multiple stakeholders, 20 countries in five years is ambitious.

“Blue bonds are desperately needed, and the TNC approach is incredibly thorough, but complexity does need lead time – which we don’t have, given the urgency to deal with ocean challenges,” says the expert.

“But one deal a year would be a success given it is not a large institution.”

Indeed, ocean conservation more broadly would benefit from the collaboration of finance institutions.

Tercek says that blue bonds offer examples of financing projects that banks could use as a springboard into developing investment return-generating conservation deals, for example.

A former investment banker with Goldman Sachs, Tercek says that having banks partner with TNC on advising on structuring deals would be helpful, and the organization is actively courting private equity firms, boutique banks and larger banks. So far, only JPMorgan works with TNC.

Morgan Stanley, however, entered the blue finance arena in April. It was the sole distributor on the World Bank’s $10 million sustainable bond aimed at solving the challenge of plastic waste pollution in oceans.

According to Scientific American, eight million tons of plastic is dumped in the ocean each year.

Says Audrey Choi, chief sustainability officer at Morgan Stanley and CEO of the bank’s Institute for Sustainable Investing: “Plastic waste has to be addressed. It doesn’t go away – it just turns into microplastics.

“Despite efforts around waste reduction, 75% of the amount of plastic produced each year ends up in the trash, and almost 50% plastic that is discarded is after a short single use. Now we have scenarios where 94% of tests of US water test positive for microplastic, 72% in Europe.”

In addition to working with the World Bank, Morgan Stanley announced in April it is committing to preventing, reducing and removing 50 million metric tons of plastic waste from rivers, oceans, landscapes and landfills by 2030.

To reach that goal, the bank will underwrite bonds such as the World Bank bond, create low minimum investments across the risk spectrum aimed specifically at ocean conservation, as well as reduce its own plastic consumption and connect employee volunteers globally to clean-up efforts.

With regards to offering investments, Choi says the bank will be identifying investments where plastic waste reduction or plastic recycling or plastic alternatives are being deployed – “companies and initiatives whose impact targets SDG14 [sustainable development goal]” – across its investment management, public equity and public finance divisions.

One of the most important outcomes of Morgan Stanley’s focus on plastic waste and its connection to financial markets will be the development of the bank’s measurements, accounting and reporting on waste reduction around its portfolios. At present, there is little data to effectively measure impact of waste reduction.

Choi says, like all of the institute’s work around sustainability, the lessons learned will be shared publicly so that a collective and more speedy effort towards directing finance to conserve oceans and put a stop to plastic waste pollution can be fostered.