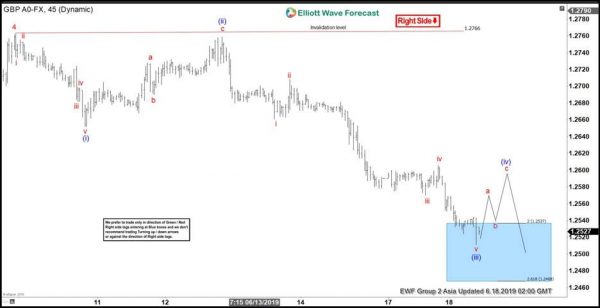 Short term, wave v of (iii) can be complete already at 1.251 low, but so far it still does not have enough separation from the low. If pair breaks below 1.251, it doesn’t change the idea that wave (iii) should complete soon. As the third wave shows an extension, this suggests that pair should see further downside at least 1 more leg after a wave (iv) rally. Thus we don’t like buying the pair and expect pair to find sellers in wave (iv) bounce in 3, 7, or 11 swing as far as pivot at 1.276 stays intact.