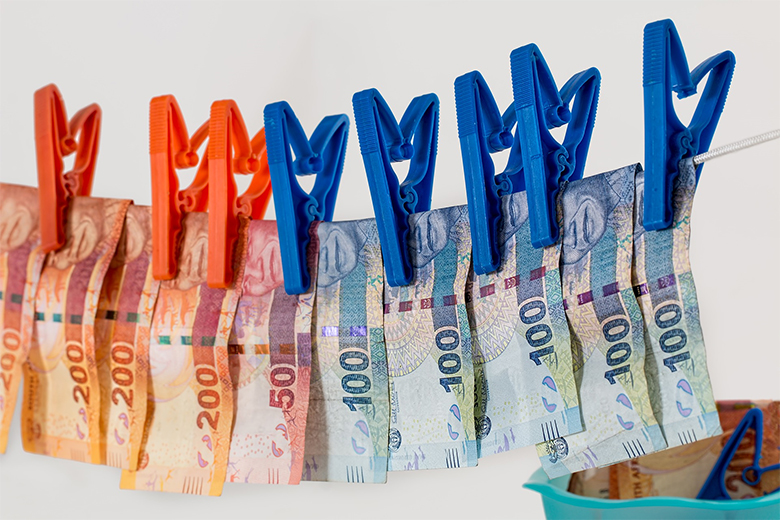 Across Europe, it is becoming the consensus that the best way to tackle money laundering is closer cooperation between states, and between authorities and the banks. Supranational bodies such as Europol and the Financial Action Task Force (FATF) – the international standard-setter for anti-money laundering – as well as trade bodies like the European Banking Federation, all hold up the benefits of public-private partnerships to counter financial crime.

So far, the UK’s Joint Money Laundering Intelligence Taskforce (JMLIT) – where law enforcement agencies regularly convene with banks to share information, set up in 2016 – has gained international approval from the likes of FATF, especially for the way it improves some of the banks’ reports of suspicious activity. Now, more countries are considering following suit, notably in Scandinavia, after a recent slew of money-laundering scandals involving Nordic banks.

According to British home secretary Sajid Javid and chancellor of the exchequer Philip Hammond, JMLIT “demonstrates what a successful public-private partnership can achieve”. And as JMLIT has directly contributed to the seizure or restraint of more than £34 million in illicit funds, their new economic crime plan (released in mid July) envisages similar partnerships with other sectors, such as telecoms companies and social media.

Anti-corruption campaigners are less convinced, in the absence of further concrete detail on JMLIT’s successes. Moreover, even if the plan does allocate £48 million in additional government funding for financial crime, campaigners suspect that the government is in general so keen to partner with the banks mainly to save money, and it is doing so with insufficient safeguards.

Reform of the Suspicious Activity Report regime, including IT upgrades, is a crucial element. These reports have been the bedrock of anti-money laundering compliance for decades. Banks produce hundreds of thousands of often low-quality reports every year, overwhelming police. A system overhaul will cost at least £100 million. The ministers want the banks to provide some of the money – risking “policy capture”, according to Transparency International.

The banks, in any case, have already had a big say in the plan, after the government’s creation of a new financial crime taskforce in January, which includes the National Crime Agency and the chief executives of Barclays, Lloyds and Santander UK, as well as UK Finance.

Stemming illicit flows is “core to the mission” of UK Finance – which co-authored the plan – according to chairman Bob Wigley. That mission is growing, as the trade body will now set indicators for banks’ performance in combatting money laundering.

Transparency International and similar organizations (none of which sit on the taskforce) will naturally deny that their aim is simply to see banks pilloried, even if the banking sector’s representatives may suggest that is what lies behind their criticism. There is, after all, plenty in the new plan to please the campaigners: including legal and institutional improvements to make ownership of UK companies and property less opaque, something UK Finance also broadly supports.

However, in the view of Transparency International and its peers, the plan suffers a big omission in its lack of commitment to a new law of corporate criminal liability for failures to prevent money laundering – in other words, if just mid-ranking bankers “turn a blind eye”.

Senior members of the Serious Fraud Office and the Labour Party have also long argued in favour of such a law. But the Conservative Party government merely launched a consultation on the matter and has not yet published the results, more than two years later.

The Financial Conduct Authority’s fines for anti-money laundering failures, it is true, have already begun to grow: £102 million handed to Standard Chartered in April, its second biggest fine ever after Deutsche Bank’s £163 million in 2017. Yet this still pales in comparison to multi-billion dollar equivalents in the US, where it is easier to hold companies criminally liable.

The US fines, say their defenders, have really caused banks and their investors to wake up and invest more in combatting illicit flows.

More recently, the scandal around Danske Bank’s Estonian branch and its handling of flows from Russia – and the recent German police raid on Deutsche Bank to investigate similar breaches in its defences, following the Panama Papers leak – have again heightened public suspicions that banks are not to be trusted, underpinning the sense that kleptocrats and tax evaders remain at the core of international finance, and not just in smaller offshore havens such as Panama or Estonia.

One prominent former law enforcement official who is more sympathetic to the banks and their public-private partnerships says it is in banks’ interests to cooperate in good faith to improve anti-money laundering, as it will ultimately improve their reputations. Partnerships will allow a more targeted approach to flagging suspicious activity, he argues, allowing banks’ greater spending on anti-money laundering systems to be effective, and not just tick boxes.