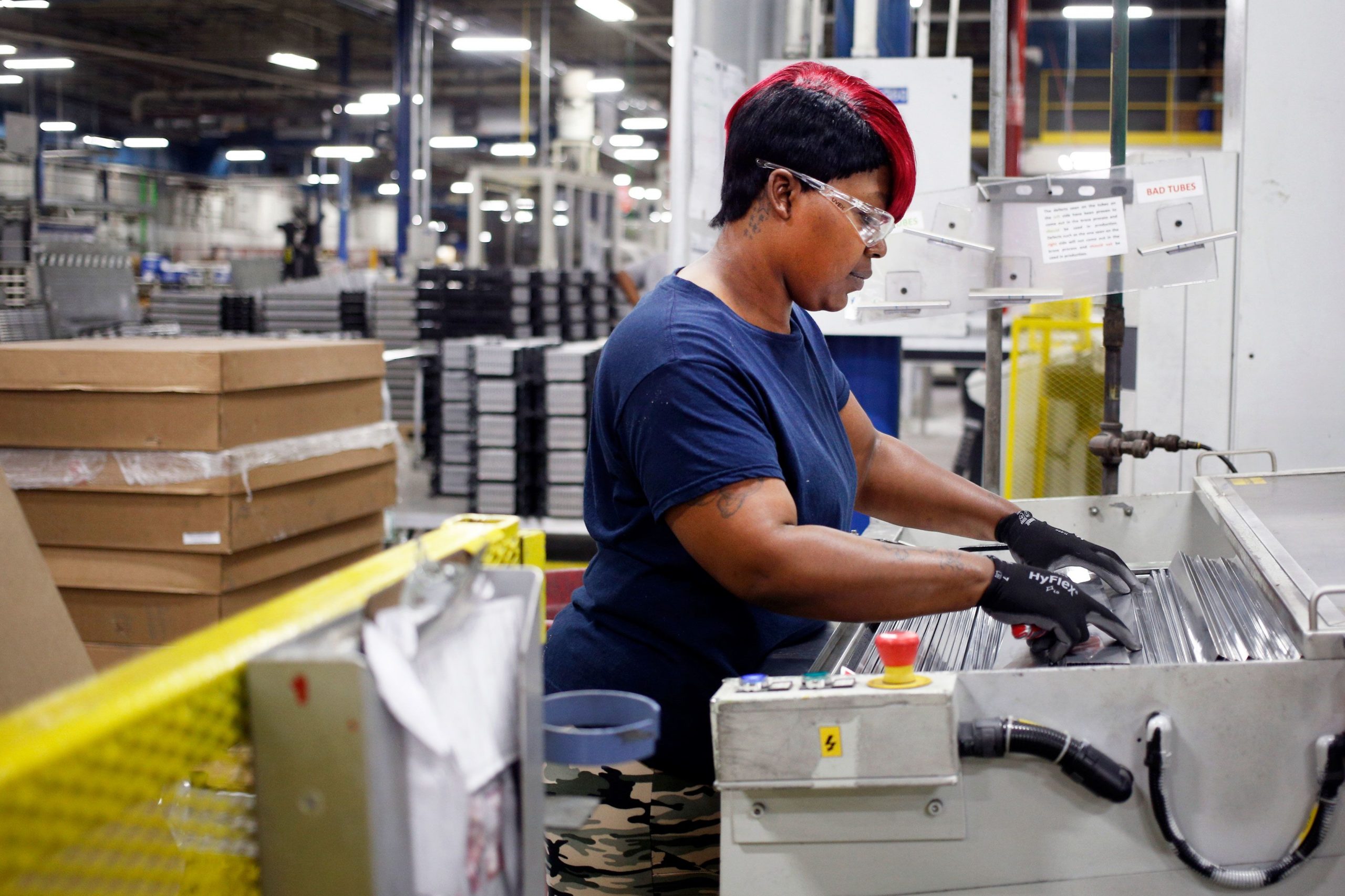 Payroll growth rose in line with expectations in July and the unemployment rate remained at 3.7% amid a sharp jump in the size of the labor force to its highest level ever.

Major stock indexes had little reaction. They were already down in premarket trading before the report.

Wages also continued to increase, with the 3.2% year-over-year gain topping expectations by one-tenth of a percentage point. Average weekly hours edged lower to 34.3.

Economists had expected the unemployment rate to drop to 3.6%, which would have tied a 50-year low, but an influx of 370,000 new workers to the labor force brought the participation rate up to 63%, its highest since March. The total labor force of 163.4 million set a record high.

The report “illustrates that, for all the concern over weak global growth and trade policy, the domestic economy is still holding up reasonably well,” said Andrew Hunter, senior U.S. economist at Capital Economics.

Along with that, a broader measure of unemployment that accounts for discouraged workers and the underemployed, sometimes called the “real” unemployment rate, dropped to 7%, its lowest since December 2000.

While the numbers reflected a jobs market that continues to edge to full employment, the data also showed that companies are continuing to hire despite persistent fears of a broader economic slowdown.

Despite simmering worries of a manufacturing slowdown, jobs in the sector increased by 16,000. However, hours worked fell three-tenths to 40.4, the lowest level since July 2011. Also, mining jobs fell by 5,000.

The report comes amid worries that the U.S. economy could slide into recession in 2020, owing to a weaker global outlook and worries over the escalating trade war with China. Federal Reserve officials voted Wednesday to cut their benchmark interest rate a quarter percentage point, citing the global slowdown as well as concerns over weak inflation.

At the same time, the tit-for-tat trade battle has taken its toll on business confidence and manufacturing, a sector whose diffusion index, or measure of companies expanding vs. contracting on hiring, ticked down to 56.6 from 57.2 in June.