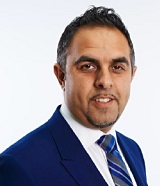 How to tap liquidity in non-deliverable forwards (NDFs) has been exercising the minds of FX houses this year. In February, Goldman Sachs introduced a smart algo for accessing internal and external liquidity NDFs. Four months later, BNP Paribas went live with its first NDF algo currency pairs (USD/INR and USD/KRW).

According to Ralf Donner, head of client FX algos at Goldman Sachs, there has been a consistent demand from clients – particularly in Asia – to trade NDFs in the same way as deliverable currencies.

“The most commonly traded currencies are USD/KRW and USD/INR to the 1-month date, with USD/TWD and USD/IDR also offered,” he says. “Our focus is extending the product range to provide all algo styles from TWAP [time-weighted average price], to sweep-to-fill, to the most passive execution.”

“The electronification of the NDF inter-bank market has created an ideal environment for the introduction of an NDF algo,” he explains. “However, because the NDF market is not as electronically mature as the market for deliverable currencies, the algo we developed had to be able to cope with relatively thin liquidity across a smaller number of venues.”

The algos introduced by Goldman Sachs and BNP Paribas access both internal and external market liquidity. “In addition, we are not building simple algos such as TWAPs [which aim to achieve the time-weighted average price calculated from the time the order is submitted until it completes],” says Razaq. “We have extended the concept of adaptive algos that can read the market and self-adapt in real time.”

The most recent Bank of England FX turnover survey indicated that after strong growth from 2016 to 2018, NDF volumes fell slightly between October 2018 and April 2019.

The obvious explanation for this levelling-off in growth is volatility in the market, where extreme volatility events encouraged more risk-off strategies – something that was understandable in light of the level of volatility in some of the illiquid currency pairs traded via NDFs.

Jeff Ward, global head of EBS, a platform owned by CME Group, notes that many trades are covering short-term risk rather than taking long-term positions, given the uncertainty surrounding the geopolitical and macroeconomic environment.

“Last year there was a general view of increasing US interest rates and a stronger dollar,” he says. “According to our customers, many of the big international funds are now sitting on the sidelines waiting for a clearer direction on the international outlook. Last year was an outlier in emerging market trade volumes, so a stabilization or slight pullback is expected.”

As economies – and hence trade from countries with non-deliverable currencies – grow, there will naturally be a higher demand for NDFs, adds Paul Clarke, head of FX venues at Refinitiv.

“NDFs at the most liquid dates have over the last few years been increasingly traded electronically and there are also regulatory changes that are having an impact on volumes, including Mifid II and the uncleared margin rules [UMR] that have helped grow the percentage of NDF trades that are cleared,” he says.

These factors have helped to drive down pricing spreads and banks are particularly under pressure to compete in this space, says Point Group’s head of FX, Henry Wilkes. “We have also seen the introduction of non-bank liquidity providers,” he adds.

Pragma introduced execution algos for NDFs in 2017 and the firm’s chief business officer, Curtis Pfeiffer, says he isn’t surprised to see other firms reacting to client need. “With such a data-driven focus on best execution in the FX market, there is increasing demand from buy-side firms for execution algorithms to support NDFs.”

Razaq acknowledges that not all NDF currencies are electronically mature. “We started with INR and KRW and extended the algo to cover PHP, TWD and IDR and we are looking to add BRL by the end of the year,” he says. “But there is not enough electronic liquidity in the other NDF currencies, which will continue to be traded by voice.”

Wilkes reckons that managing sizeable risk in NDFs can be a real challenge, one that is often best left to traders who are experienced and have a feel for market conditions.

“However, I would expect more players to launch NDF algos as market activity becomes more robust and client demand for hedging emerging market risk increases,” he concludes. “The NDF market is less fragmented than the G10 deliverable currency market so it is more of a challenge to access multiple sources of liquidity. Tapping into a bank’s own liquidity makes sense.”