Markets turned a bit mixed as month end approaches. European stocks are generally higher while DOW up over 100pts at open. Meanwhile, treasury yields are steady tough, with German 10-year yield slightly lower, but US 10-year yield is recovering. In the currency markets, Canadian Dollar is notably stronger after solid GDP report. But Yen seems to be even stronger. On the hand, Swiss Franc and Euro are the weaker ones but there is no follow through selling. Dollar is mixed after PCE inflation show no surprise.

Technically, 1.1026 in EUR/USD will be a major focus for the near term. Decisive break will resume larger down trend from 1.2555. The anticipated selloff in Sterling hasn’t happened so far. It looks like GBP/USD, EUR/GBP and GBP/JPY will engage in sideway trading further. USD/JPY dips ahead of 106.73 minor resistance, maintaining near term bearishness.

Canada GDP grew 0.2% mom in June, above expectation of 0.1% mom. That’s also the fourth consecutive month of expansion. Growth in 17 of 20 industrial sectors more than compensated for a decline in manufacturing. Goods-producing industries declined 0.2% as a result of lower manufacturing, largely offsetting the growth in May. Services-producing industries were up 0.3%.

Swiss KOF Economic Barometer was unchanged at 97.0 in August, above expectation of 95.2. KOF noted that “somewhat more favourable signals than before are coming from indicators of foreign demand and domestically from consumer prospects and manufacturing. The remaining indicator bundles (accommodation and food service activities, financial, insurance and other services as well as construction), however, tend to point to stagnation or slight deterioration in economic sentiment.”

A batch of mixed economic data was released from Japan today. Industrial production rose 1.3% mom in July, well above expectation of 0.3% mom. Growth was supported by increased production of cars and chemicals, which offset decline in oil products. The somewhat solid rebound in production offered a hopeful sign that manufacturers are weathering global slowdown and escalation of US-China trade war so far.

On the other hand, retail sales dropped -2.0% yoy in July, much worse than expectation of -0.6% yoy. The contraction raised concerns that momentum of domestic demand was much weaker than originally expected. In particular, consumption could be further strained by the planned sale tax hike later in the year.

Released from Australia, building approvals dropped -9.7% mom in July, much worse than expectation of 0.0% mom. The decline tool approvals to lowest level in more than six years, and down -28% on a year ago. Also, total approvals are now tracking materially below ‘underlying demand’ for the first time since 2013. The data highlighted risk that building activity is taking another leg down. Also released, private sector credit rose 0.2% mom in July, matched expectations.

Separately, RBA said in its corporate plan that “movements in asset values and leverage may be more important for economic developments than in the past given the already high levels of debt on household balance sheets.” And, “especially in the context of weak growth in household income, high debt levels could complicate future monetary policy decisions by making the economy less resilient to shocks,” it added. 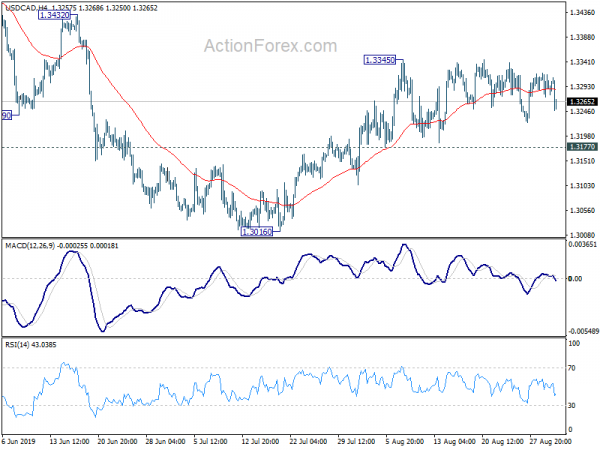 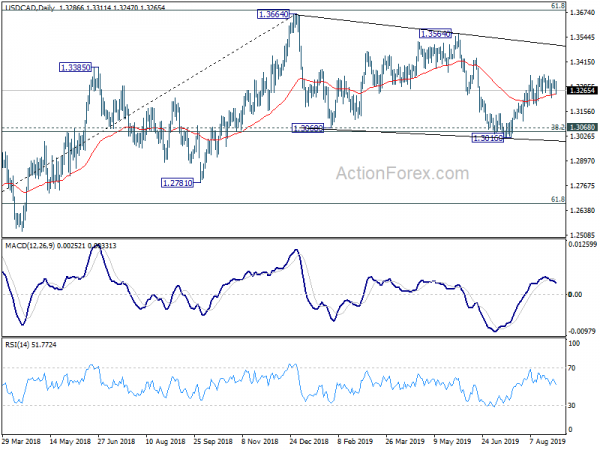