President Trump ordered US firms to ditch China, but many already have and more are on the way 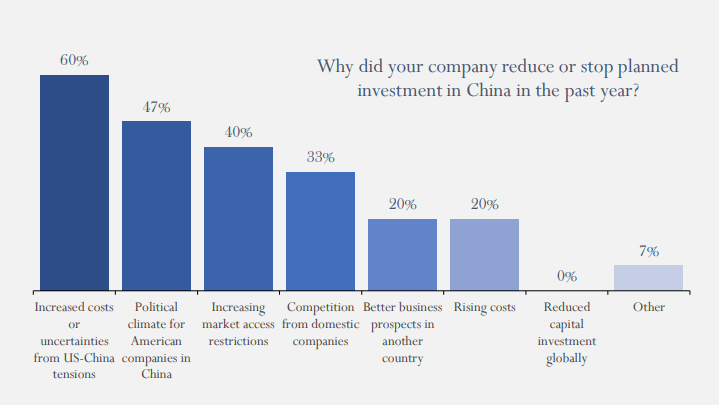 Employees work on the production line of solar panel at Risen Energy Co., Ltd on February 21, 2019 in Ningbo, Zhejiang Province of China.

President Trump rattled Wall Street when he demanded U.S. firms move production out of China. But many have already taken steps to do so, and, in earnings calls just over the past month, dozens of chief executives have signaled plans to further diversify their supply chains amid the intensifying trade war.

On Aug. 23, Trump took to Twitter, ordering American companies to “immediately start looking for an alternative to China” and urging them instead to start making their products in the U.S. In doing so, he cited the International Emergency Economic Powers Act (IEEPA) — passed in 1977 to deal with an “unusual and extraordinary threat to the national security, foreign policy, or economy of the United States.” The president’s threat unsettled investors, sending stocks to session lows on a day when the Dow Jones Industrial Average shedmore than 600 points.

Trump doubled down on Friday, attacking General Motors for its significant presence in China and questioning whether the automaker should move the operations to the U.S.

No U.S. president has invoked the law as leverage in a commercial dispute, let alone to sever commercial ties with one of its largest trading partners. Indeed, over the past century, U.S. administrations have mainly deployed the IEEPA to prosecute drug trafficking or financial terrorism through sanctions or other economic penalties.

It is not clear how, or under what authority, Trump could implement this directive. If he were to push further, companies would likely challenge the order, leading to litigation. And, even then, it’s uncertain how a court would rule. Some analysts argue that the law allows the president to carry out certain actions limiting companies’ business in China, by blocking future investments, even if it didn’t allow the Trump administration to outright order them to relocate.

U.S. companies had already started taking steps to diversify production amid flaring tensions over the past year, but this latest command forces a myriad of industries to grapple with escalating trade uncertainty.

President Trump said last week he would raise existing duties on $250 billion in Chinese products from 25% to 30% on Oct. 1. Additionally, tariffs on