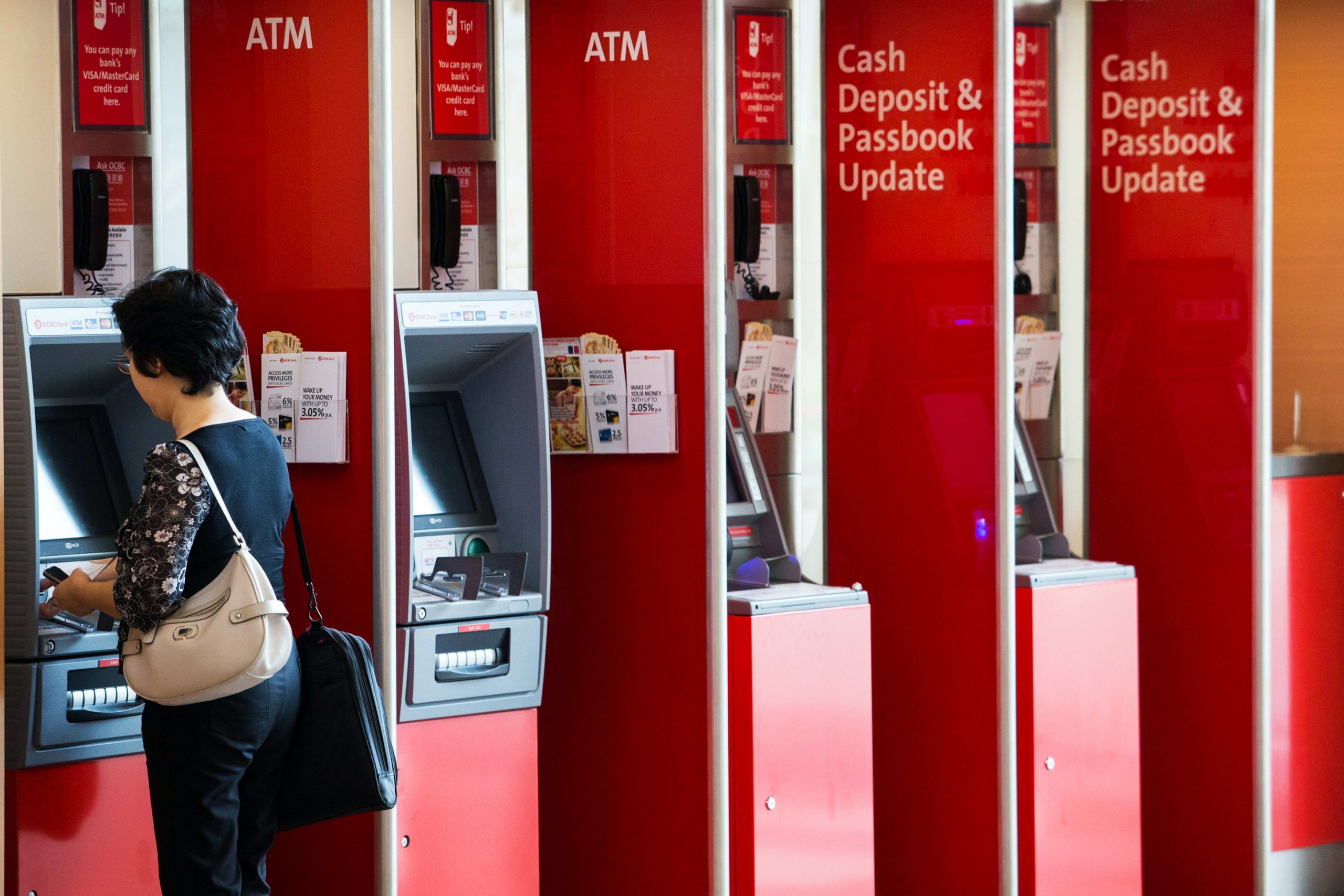 A customer uses an automated teller machine in Singapore.

Singapore is about to shake up its banking sector for the first time in two decades — a move that would allow technology players and non-banking companies to challenge traditional lenders. The disruption could be a win-win situation for consumers, according to marketing information services company J.D. Power.

The Monetary Authority of Singapore on Thursday said it will now accept applications for five new digital bank licenses until the end of the year.

MAS, both a regulator and the central bank of Singapore, announced in June that virtual bank licenses will be issued as part of “Singapore’s banking liberalization journey.”

The regulator will distribute up to two digital full bank licenses, which will allow non-banking entities to take deposits from retail customers. It also plans to issue up to three digital wholesale bank licenses for companies to serve small and medium-sized businesses and other non-retail segments.

Applicants have to meet a number of eligibility criteria, which includes showing they can manage a sustainable digital banking business and demonstrating experience in the technology or e-commerce sectors.

I think that’s a win-win-win for customers right now.

Singapore’s banking sector is dominated by three major local banks — DBS Group, Oversea-Chinese Banking Corp, and United Overseas Bank. A number of international banks with comparatively smaller operations are also key players. Still, technological progress in the city-state has led to the presence of a variety of financial technology, or fintech firms, which provide digital payments, online money transfers and remittance services, among others.

MAS’ decision to issue those licenses came after the Hong Kong Monetary Authority gave out eight virtual banking licenses this year in a sector dominated by big lenders such as HSBC, Standard Chartered and various Chinese banks. The moves from regulators in Singapore and Hong Kong are part of a broader shifting trend where more and more people in Asia are turning to online banking services.

New data from research and advisory firm Forrester found many users across the region said they believe they should be able to accomplish any financial task on a mobile device.

“The adoption of digital banking is about to accelerate and reach new levels of scale in Asia Pacific. Pioneers such as WeBank and Kakao have foreshadowed what is on the way, but this is just the beginning,” Forrester analysts wrote in a report, titled “The Pulse of Financial Services Customers In Asia Pacific,” which was released last month.

J.D. Power’s Chiam explained that the selected entities that ultimately receive the digital bank licenses in Singapore would have been thoroughly vetted by the monetary authority’s strict standards, which would make them more reliable. “I think that’s a win-win-win for customers right now,” said Chiam.

Who can apply for the licenses

MAS said the forthcoming digital lending licenses would be extended to non-bank players to keep Singapore’s banking sector competitive and resilient. “These new digital banks are in addition to any digital banks that Singapore banking groups may already establish under MAS’ existing regulatory framework,” the regulator said in a statement.

Following the initial announcement in June, a number of non-banking companies including Singapore Telecommunications and ride-hailing giant Grab expressed preliminary interest in applying for those licenses.

Grab, which has a sizable financial business across Southeast Asia that includes a digital payment service and an electronic wallet, said it is studying the newly released framework from MAS closely.

“We believe digibanks will make banking and financial services accessible and more convenient to a greater number of people in Singapore,” a Grab spokesperson told CNBC by email. “We will be keen to apply for the license once we have evaluated the framework.”

Gaming hardware manufacturing firm Razer, which also has a digital payments business, is another company that’s expressed interested in applying for one of those licenses.

Signage for the Monetary Authority of Singapore (MAS) is displayed outside the central bank’s headquarters in Singapore.

Given that the total number of licenses available is limited to just five, it is likely that many companies would band together into consortia to apply, according to Varun Mittal, global emerging markets fintech leader at professional services firm EY. He explained that those partnerships would be formed along four main areas: distribution, technology and operations, product and capital.

“I would expect most of the winners to be (consortia). The number of licenses is limited, it’s fixed,” he told CNBC. “It’s better you do the consortium beforehand because the premise is, you have only four months.”

What traditional banks are saying

Digital-only banks are set to gain ground on traditional lenders across Asia Pacific over the next few years, according to Forrester. In Singapore, about a fifth of the people Forrester surveyed said they would consider switching to digital-only banks within the next two years.

But local banks appeared to be optimistic about what the five new digital lending licenses entail for the industry.

“We welcome the diversity that the new players may bring with the digital bank licenses to be granted,” a spokesperson from UOB told CNBC.

The inclusion of these additional players will tighten the competitive landscape.

head of consumer banking for APAC and EMEA at Citi

Meanwhile, OCBC Bank’s Head of Digital and Innovation Pranav Seth told CNBC the bank is open to forming new partnerships and ventures to serve new segments and markets. Media reports suggested that OCBC is in talks with companies, including Singtel, for one of the banking licenses.

DBS CEO Piyush Gupta said at its second-quarter results briefing in July that Singapore’s largest lender is relatively confident about tackling potential challenges posed by digital banks entering the market. “With the rise of digital, we have been focused on reimagining banking,” a DBS spokesperson told CNBC separately by email.

“Incumbents today continue to place emphasis on innovation to develop the type of capabilities that digital banks will be able to offer customers. The inclusion of these additional players will tighten the competitive landscape,” Gonzalo Luchetti, head of consumer banking for Asia Pacific and EMEA at U.S. lender Citi, told CNBC. Citi has an established presence in Singapore.

Competition would create the impetus for banks to do more with technology and provide better services, Luchetti explained. He added Citi’s ongoing investments in digital technologies and focus on strategic partnerships makes it well-placed to handle disruption in the banking services industry.

WATCH: What is fintech