For the 24 hours to 23:00 GMT, Crude Oil declined 2.65% against the USD and closed at USD55.09 per barrel on Friday, after Russian Energy Minister, Alexander Novak, stated that Russia’s oil output cuts in August will be slightly lower than agreed earlier under the deal between OPEC and non-OPEC producers. Meanwhile, Baker Hughes reported that US oil rig count fell by 12 to 742 last week.

In the Asian session, at GMT0300, the pair is trading at 54.99, with oil trading 0.18% lower against the USD from Friday’s close, amid new round of tariffs in the US-China trade war.

Crude oil is trading below its 20 Hr and 50 Hr moving averages. 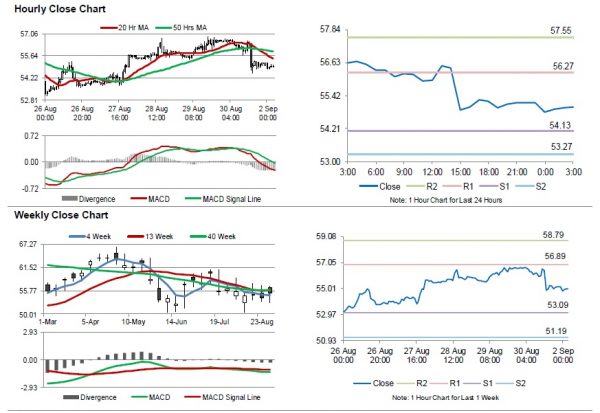