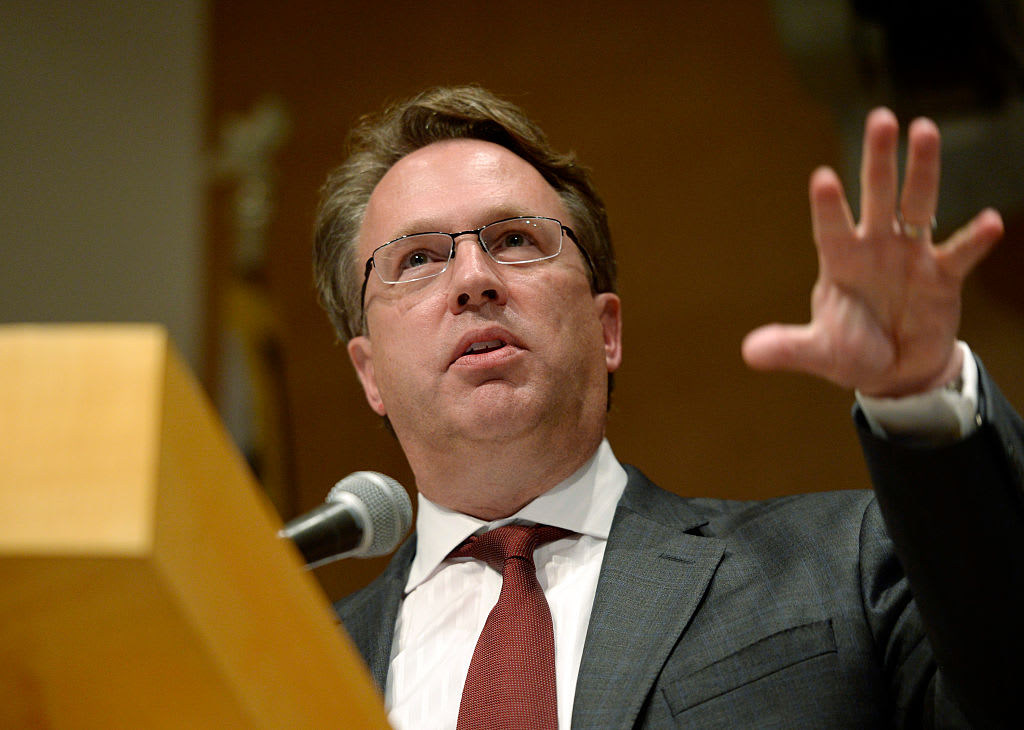 John Williams, president and chief executive officer of the Federal Reserve Bank of San Francisco, speaks at an event in Los Angeles, California on Sept. 28, 2015.

New York Federal Reserve President John Williams said in a speech Wednesday that sluggish inflation is one of the central bank’s most pressing issues and promised to use the extent of monetary policy to sustain economic growth in the U.S.

“Low inflation is indeed the problem of this era. The current outlook of moderate growth, low unemployment, but stubbornly low inflation is a reflection of the broader economic picture,” Williams said. “I am carefully monitoring this nuanced picture and remain vigilant to act as appropriate to support continuing growth, a strong labor market, and a sustained return to 2 percent inflation.”

The influential Fed policymaker spoke just two weeks before the Federal Open Market Committee is expected to cut its benchmark interest rate during the Sept. 17-18 meeting.

“Germany, the UK, and China are all experiencing slowdowns, and the euro area is of particular concern,” Williams said. “On our own shores, concerns around trade policy with China are adding to an uncertain picture. My contacts in the business community have said this is making them more cautious about investment. The effects of this angst are already showing up in the investment numbers.”

“While there’s not been a dramatic change seen in the overall numbers yet, the more detailed picture that emerged by summer of this year pointed to an outlook of slowing growth and inflation falling short of our goal,” Williams added from New York.

“This in turn argued for a somewhat more accommodative monetary policy stance,” he said, referring to the Fed’s July rate cut, at the time the first of its kind since December 2008. Williams did not directly address whether he favors another cut in September, though markets are pricing in a 93% chance of a quarter-point reduction and a 7% probability that the Fed might cut by half a point, according to the CME.

Williams said in a speech in July that central bankers need to act quickly and forcefully when rates are low and growth is slowing, arguing at the time that “it’s better to take preventative measures than to wait for disaster to unfold.”

A central bank spokesperson later clarified that those comments were purely academic and based on 20 years of research, and not “about potential policy actions.”