Growing backlash in China against A.I. and facial recognition 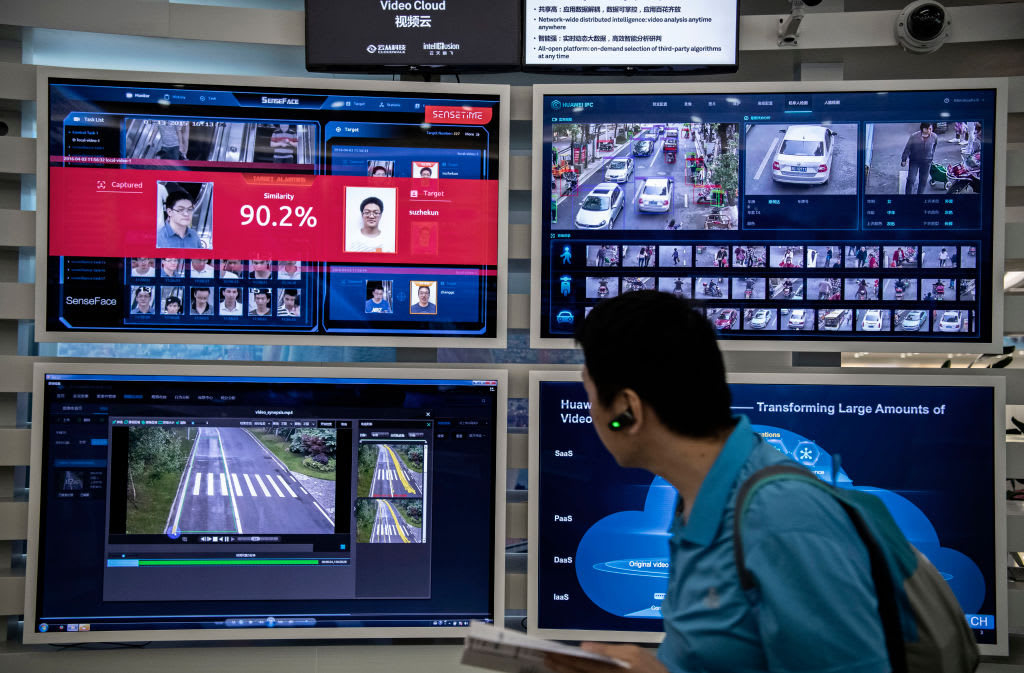 A display for facial recognition and artificial intelligence is seen on monitors at Huawei’s Bantian campus on April 26, 2019 in Shenzhen, China.

China’s seemingly unfettered push into facial recognition is getting some high-level pushback.

Face-swapping app Zao went viral last weekend, but it subsequently triggered a backlash from media — both state-run and private — over the apparent lack of data privacy protections.

The app also stirred controversy as it allows users to upload photos of themselves and superimpose their faces on clips of celebrities or anyone else. Its capability raised concerns that people could manipulate videos to spread disinformation.

“The future has come, artificial intelligence is not only a test for technological development, but a test for governance,” city newspaper The Beijing News, wrote Sunday in Chinese, according to a CNBC translation.

This backlash shows that the concept of data privacy is gaining ground in China, and increasingly users are less willing to trade privacy for convenience or entertainment.

head of digital trade at the World Economic Forum

“Right now it’s very difficult to determine whether the software operator’s collection of human facial data and authorization are malicious, but netizens’ concerns are understandable,” it wrote.

That’s a marked shift from silence, or even straight-out commentary that Chinese citizens don’t care much about giving up data privacy for convenience.

The Zao app was able to quickly demonstrate the power of “deepfake” and influence on social media. Deepfake is the ability to manipulate videos or digital representations with the help of computers and machine-learning software, and make them appear to be real, when they are not. Many are increasingly worried about how the manipulated content could influence elections with false information.

In the case of Zao, the rapid proliferation of user-generated deepfakes reportedly prompted ubiquitous messaging app WeChat to ban users from sharing content created by the app. The incident is an example of a growing discussion in China about the safety of data collection and facial recognition-based payments.

Chinese authorities may already be signaling there’s a need to take a tougher stance on facial recognition technologies.

Citing the case of Zao, the Ministry of Industry and Information Technology said it’s necessary to “strengthen the security assessment of new technologies and businesses” and guard against “network fraud and other hidden dangers,” according to CNBC’s translation of its statement on social media platform, WeChat.

From a professional standpoint, it’s impossible for face-swapping technology to pose a security threat to facial recognition payment, Zao said in an online statement Tuesday.

If Zao sparks greater scrutiny on the security of facial recognition, Chinese authorities may tighten further in this area.

If your password is compromised … you can just change the password. If that situation occurs with your face or fingerprint, the impact can be much longer lasting.

China’s delayed implementation of regulations — intentional or not — has helped some major technology companies flourish. Authorities have tended to be reactive rather than proactive in its regulation of new technologies.

For example, Chinese tech companies often warn in their prospectuses for going public in New York about their lack of licensing or the potential for regulation to change. In the recent case of peer-to-peer lending platforms in China, loose regulation allowed a few thousand start-ups to take customers’ money before a significant portion was lost. After an acceleration in the fallout last summer, Beijing banned new online lending platforms.

“A bank card may still be in a pocket, but a face is usually exposed, and recognition is very easy. Current technology can recognize your fa