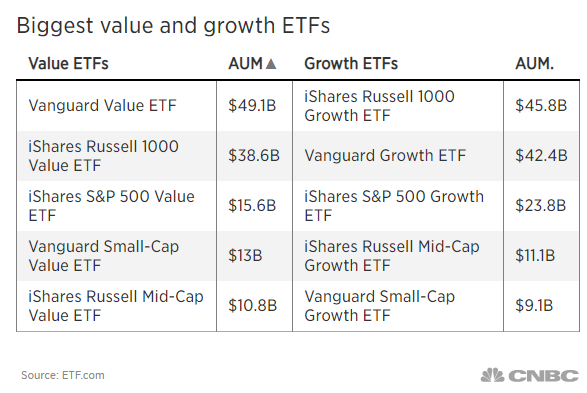 Traders and financial professionals work at the opening bell on the floor of the New York Stock Exchange (NYSE) on August 6, 2019.

Value is seeing the light of day finally.

A huge rotation out of momentum stocks is underway as investors pile on bets on economically sensitive, cheap stocks on renewed hopes for a U.S.-China trade deal. The ramped-up wagers on underpriced, cyclical stocks are supported by the view that interest rates have bottomed for now as sentiment around trade uncertainty improved. At the same time, investors are dumping those expensive growth stocks which they had used as a defensive play early this year.

Value “seems to have had a precipitous resurrection following years of significant underperformance,” said Maxwell Grinacoff, a derivatives and quantitative strategist at Macro Risk Advisors. “Investors probably feel that we found a floor in interest rates for the time being. As bonds have been unwound, so have bond-proxy like sectors, which drove momentum lower. In any crowded trade, you are going to see a massive unwind.”

Here’s how investors can participate in this market transformation which some on Wall Street called a “once in a decade opportunity.”

The biggest value exchange-traded fund on the market is the Vanguard Value ETF which has nearly $50 billion in assets under management. The ETF tracks U.S. large-cap companies with low prices relative to earnings, book values, revenue and dividends. Its top holdings are concentrated in financials and energy stocks which had significantly lagged the market, including Berkshire Hathaway, J.P. Morgan and Exxon Mobil.

The Vanguard Value ETF popped 3.6% this month so far, boosted by a 6% jump in J.P. Morgan shares. Berkshire and Exxon Mobil have both surged more than 3% this month. In the meantime, growth and momentum-focused funds dropped. The iShares Russell 1000 Growth ETF, the largest fund in the space, has lost 0.7% this week alone, while a pure momentum play iShares Edge MSCI USA Momentum Factor ETF plunged 2.8%. 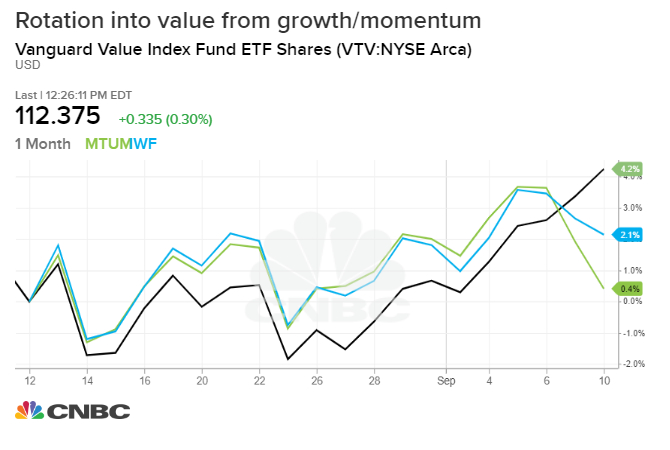 The growth factor had been an investor darling, outperforming value in recent years. Growth stocks are usually measured by their accelerating sales growth and momentum in their shares. The iShares Russell 1000 Growth ETF tracks large- and mid-cap stocks with the biggest earnings growth upside, according to estimates. Its largest holdings include the so-called FANG names — Microsoft, Amazon, Facebook, and Google parent Alphabet — as well as credit card companies Mastercard and Visa, which have tumbled 7% and 5.7% respectively this week so far.

However, investors should use caution as the sudden style rotation could reverse as soon as interest rates move lower again.

“It shouldn’t be taken as an end-all, be-all. You want to be technical with this,” Grinacoff said.