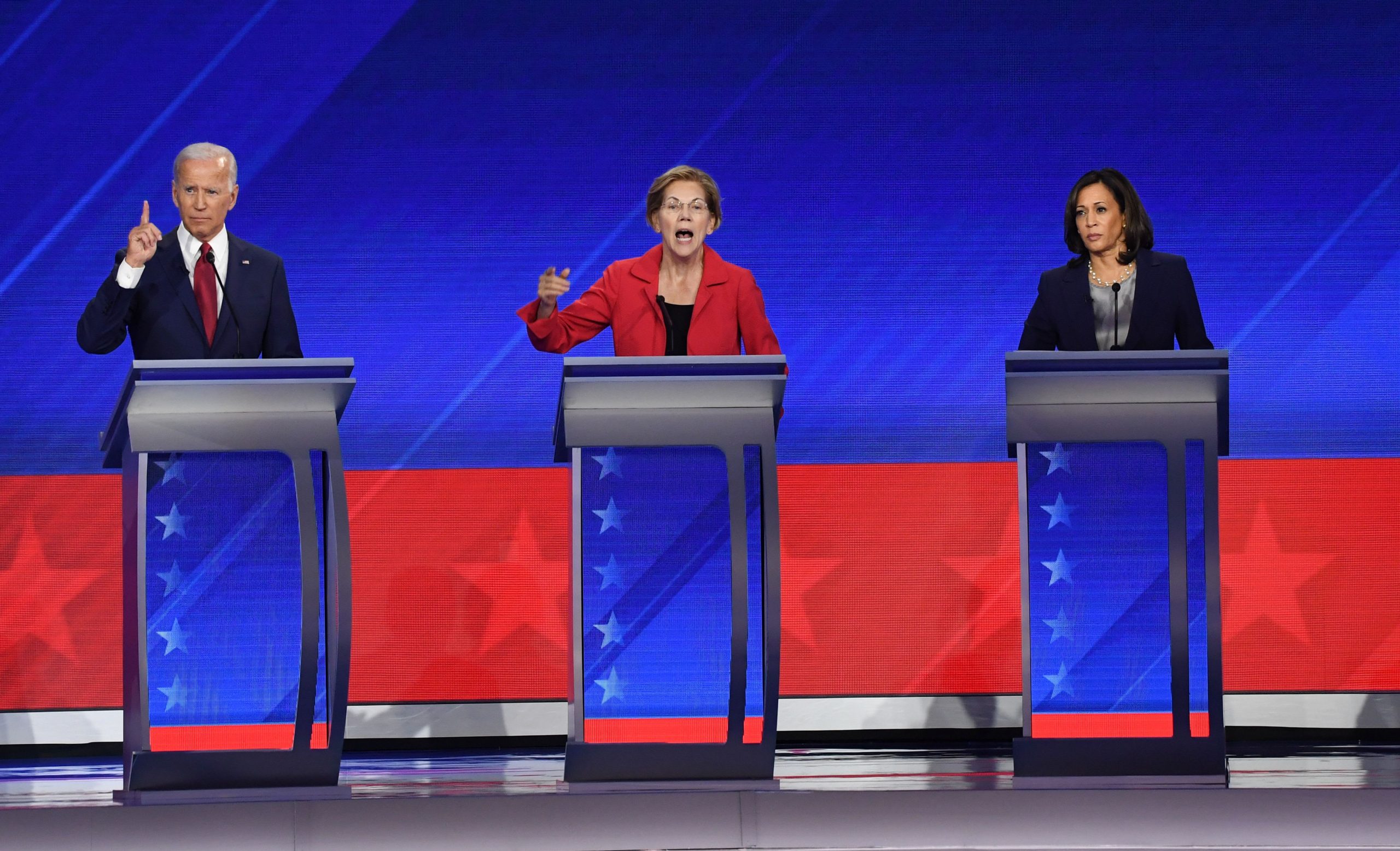 Democratic presidential hopefuls hammered President Donald Trump over his trade war with China in Thursday’s debate as fears grow about the conflict shaking the global economy.

The 10 candidates on stage in Houston portrayed an impulsive president with little concrete plan to force Beijing to change what Trump calls unfair trade practices.

The pile on shows a field more comfortable with picking apart Trump’s economic conflict with the world’s second largest economy than they were even a few months ago. As companies and consumers show more uneasiness about escalating rounds of tariffs on American and Chinese goods, Democrats came prepared to score points over the president’s trade policy.

South Bend, Indiana, Mayor Pete Buttigieg pointed out that Trump had previously argued the small-city official would not be able to negotiate with Chinese President Xi Jinping. “I’d like to see him make a deal with Xi Jinping,” Buttigieg cracked Thursday, referencing Trump’s months long effort to strike a trade agreement with China.

Sen. Amy Klobuchar, D-Minn., contended Trump “is treating our farmers and our workers like poker chips in one of his bankrupt casinos.”

The attacks come as public opinion polls show voters’ views on the health of the economy and how Trump has handled it have grown worse in recent weeks. This week, Trump temporarily delayed new tariffs on Chinese goods and left the door open to an interim deal with China as he argues the trade conflict has not hurt the U.S.

The rhetoric could reflect the economy becoming a better political issue for Democrats, said Elizabeth Simas, a professor of political science at the University of Houston.

“I think it’s becoming clear that Trump’s China policies may be a good point of attack for Democrats and so what we’re seeing tonight is the candidates realizing that,” she said.

In a statement responding to the Democrats on Friday morning, Trump campaign spokeswoman Kayleigh McEnany said the president “has repeatedly advocated for the American worker on the world stage by taking on unfair trade practices across the world.” She argued that, “if Democrats truly cared about trade, they would partner with President Trump” and pass his replacement for the North American Free Trade Agreement.

The candidates have good reason to highlight the trade war’s effect on farmers, in particular. Iowa, where China’s retaliatory tariffs on crops have done damage, hosts the first-in-the-nation caucus in February.

While most of the 10 candidates on stage Thursday eviscerated Trump’s policies, they created distance from one another on trade. Both Yang and Buttigieg sai