Week ahead – Central Banks the Only Game in Town 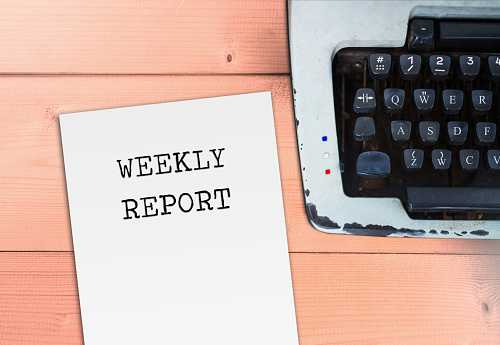 For many months now, all of the attention has been on the trade war, Brexit and central bank easing. Next week is going to be no different as the UK Supreme Court rules on Boris Johnson’s prorogation of Parliament, talks continue ahead of a meeting between the US and China – following rejected rumours of a limited trade deal – and numerous central banks announce interest rate decisions.

One of those is the Federal Reserve which is almost guaranteed to cut interest rates on Wednesday, the only real question is whether they’ll signal more this year. The Bank of England, Bank of Japan and Swiss National Bank are among the others announcing interest rate decisions next week.

Friday is quadruple witching day for U.S. markets. When the quarterly expiration of futures and options on indexes and stocks occurs on the same day, surging volatility and trading can follow.

The main USD event for this week is the Fed’s policy decision and economic projections. The markets have been growing complacent in pricing out Fed rate cuts and we could see a stubborn Fed continue to show division on the how much more easing will be required. The Fed is widely expected to cut rates by 25 basis points and the projections should see another cut priced in for this year with two more for 2020.

With stocks near record highs and the labor market remaining firm, we should not expect the Trump administration deliver any meaningful concessions until well after the Fed policy meeting. We could see incremental updates on the trade front, but October will likely be when we see the next major trade development.

The Fed should be good for a few more rate cuts as business confidence is falling and inflation is subdued. Some are calling for the restart of QE but that does not guarantee consumer price inflation, just asset appreciation, so the Fed might be hesitate considering that as an option.

It’s been a slow few weeks by bitcoin’s own standards as news flow has dried up and the Libra headlines have slowly disappeared. This always has the potential to spring back to life and put shame to what other assets call volatility.

It’s been a volatile couple of week’s for oil which broke out the upper end of its range as risk appetite improved and API and EIA reported large drawdowns. It has pared these in recent days but the outlook is looking more favourable.

Iran’s Rouhani is due in New York on Tuesday for UN General Assembly (According to Reuters Eikon – not confirmed). Given John Bolton’s resignation this week, there is potential for a face to face with US officials that could pave the way for talks in future that aim to save the nuclear agreement that Trump withdrew from.

Gold is looking more vulnerable that it has for some time and while today’s rally in the aftermath of the ECB stimulus did provide some relief, it’s since pared those gains and looks sensitive to a break of the $1,480 area.

Long-term, this isn’t a big deal as long as central banks keep their collective feet on the easing pedal but near-term, the rally looks to have run out of steam.

Gold is sensitive to many things including central banks, the trade war and overall risk appetite. The latter two are particularly volatile and so gold could see big swings out of the blue.

Parliament may have been prorogued for five weeks but that hasn’t brought an end to the drama that has surrounded Westminster for much of the last three years.

Markets are yet to be rattled by the various legal battles and no-deal Brexit reports but that may change on Tuesday if the Supreme deems the suspension of Parliament unlawful. It’s not yet clear whether Parliament would be forced to return and, if they were, what would happen.

The soap opera is never ending though and next week will be no different. Sterling has taken the last week in its stride but that should be no indication on what lies ahead given the volatility we’ve seen prior to this. Huge swings should always be expected.

Trump is still the front-runner for next year’s US election, but we could start to see Wall Street get nervous if the Democratic nomination goes to Warren or Sanders. Biden is barely hanging onto a lead and he will need to deliver to strong performances with no major gaffes.

Elizabeth Warren has slowly been gaining momentum and if she has a strong performance at the third Democratic debate we could start to see markets become nervous with financials and healthcare stocks.

Pro-democracy demonstrations are still ongoing in Hong Kong, now approaching four months, and constantly shift from peaceful to violent at the drop of a hat.

Hong Kong’s Government completely removed the extradition bill that started the protests but is regarded as “too little too late.” Serious doubts about Hong Kong government independence as Beijing is calling all the shots meaning a stalemate with protestors. Tourist arrivals slump by 40% deepening economic malaise in the SAR.

The risk of protests turning violent increases the risk of a heavy-handed response from China. Troops moving in from across the “border” would be negative for global risk and China/Hong Kong shares, potentially fueling further capital outflows from the territory. Asia might be caught up in contagion risk.

The next important date is October 1, China’s National Day, with big parades planned in Beijing and President Xi Jinping in attendance. There is growing speculation that the Hong Kong “situation” will be “sorted” before then, so as not to detract from the nationalistic headlines.

China and the US have both agreed to partially exempt or postpone impending tariffs on each other’s products as a gesture of goodwill ahead of trade -talk resumption in early October.

A failure to go ahead with talks would severely weaken global investor sentiment. Expect collapsing bond yields and large falls in global stock markets. Meanwhile we face the risk rollercoaster from Trump and his actions and Tweets.

North Korea has conducted several missile tests this week but has signalled a willingness to return to the negotiating table with the U.S. over its nuclear weapons. Test launches are business as usual for North Korea but an about face on talks could destabilise security in region. Especially S.K. and Japan.

South Korea to take Japan to WTO over their politically driven trade dispute. Japan GST rising to 10% in October. A deeper global slowdown could push Yen under 100. BoJ to potentially ease next week by increasing QE again or cutting rates.

The Argentine government installed a new round of capital controls to stem the flow of funds leaving the country to avoid further falls of the peso. The currency is trading at 56.17 and has been under pressure ahead of the presidential elections in October.

The IMF continues to monitor the situation and is offering moral support, but has so far not approved the next tranche of the agreed credit given the victory in the primary elections by the opposition candidate Alberto Fernandez. The defeat of pro-market president Macri has raised the probability of a default.

The market will continue to await the IMF decision on Argentina, as the country has used a sizeable amount of its foreign in defending the currency but will not be enough if the funds are not released.