Threat of US-China trade war escalation receded last week after both sides offered some concessions. Further than that, there is increasing hope of de-escalation of some form as the idea of an “interim” trade deal floated around. Both sides seemed to be communicating well in preparation for the meeting in October. There is prospect for US to roll back some imposed tariffs if China could offer some commitment regarding intellectual property protection and agricultural purchases.

The return of risk appetite could be well seen in the rebound in major treasury yields. German 10-year yield jumped from -0.634 to close to 0.445, comparing to -0.739 record low made earlier this month. Japan 10-year JGB yield also jumped from -0.245 to -0.155, comparing to this month’s low at -0.285. Yen ended as the weakest one, followed by Canadian Dollar. Sterling was the strongest as it’s looks more likely that no-deal Brexit could be averted on October 31. Australian Dollar was the second strongest on risk appetite.

With easing threat of further trade war escalation, and stronger than expected core CPI reading, markets continued to pare back bets on Fed’s rate cut. As of now, fed fund futures point to just 79.6% chance of another -25bps to 1.75-2.00% this week, on September 19. That’s notably down from 100% a month ago and 90% a week ago.

More importantly, fed fund futures are pricing in only 54.9% chance of one more rate cut in December to 1.50-1.75%. A month ago, markets were expecting 89% chance of that. In other words, traders are starting to believe that even if Fed would cut interest rate this week, that might be the last one in this “mid-cycle” adjustment. FOMC statement and Fed Chair Jerome Powell’s press conference will definitely be scrutinized for such message.

The turn in market sentiments is best represented in the strong rebound in treasury yields. 10-year yield’s rebound from 1.429 accelerated to close strongly at 1.903 last week. The solid break of 55 day EMA indicates that a short term bottom is at least formed at 1.429. TNX should now target 38.2% retracement of 3.248 to 1.429 at 2.123 next. For now, though, we’re not expecting a firm break there yet, at least not until there are signs that the US economy is regaining momentum.

DOW heading to new record high, but upside might be capped

Dollar index struggled but stays in up trend 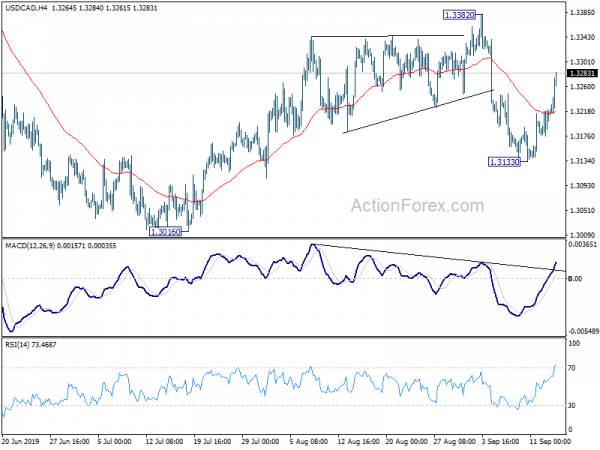 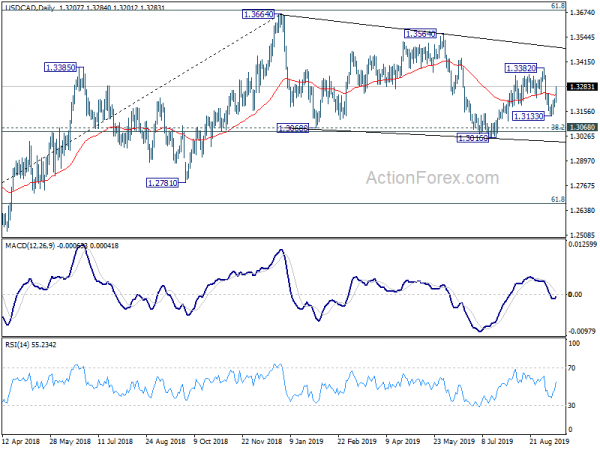 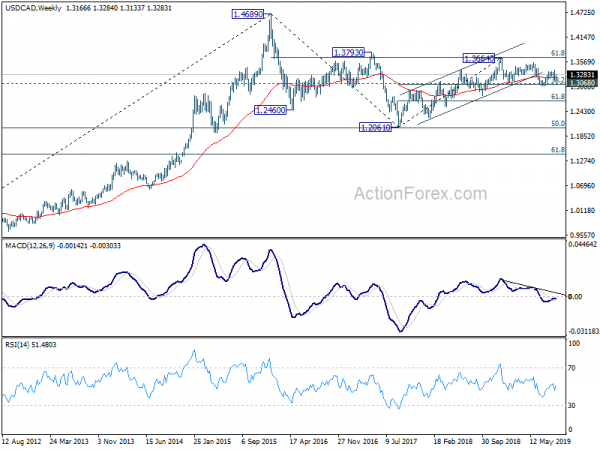 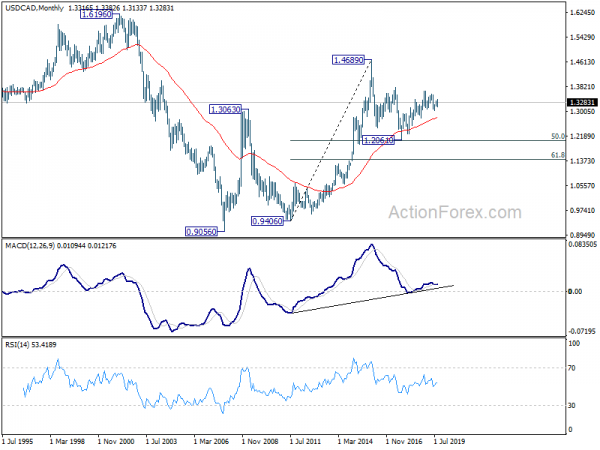