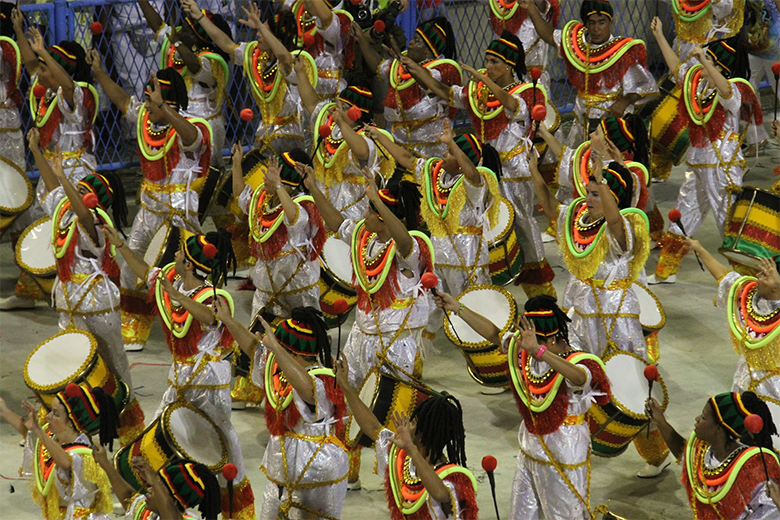 Banco Pan is set to sell up to R$1.35 billion of shares this week – and it appears to have timed the transaction to perfection.

The deal is technically a follow-on but, given the structural changes to the company and the illiquidity of the float, bankers are calling it a “re-IPO”. The bank – mainly owned by BTG Pactual and Caixa – is raising capital to fund a digital expansion that is driving its repositioning as a full service bank to lower-income segments in Brazil.

“This is a great time for financial services companies with growth stories to do follow-ons or IPOís, which is the case with Banco Pan,” says a capital markets banker in the financial services industry group at an international bank away from the deal.

“The [Banco Pan] deal is essentially launching a new company to the market and it’s a great story for investors – it has the right executives, the right entrepreneurs, they have deep pockets and they are trying to solve a big problem. But above all it has the most important ingredient for investors – the bank is going after a huge potential market, or total addressable market,” he says.

Banco Pan ticks the growth box for these investors: in its most recent results (second quarter 2019) it reported a monthly increase in clients of 113,000, with a 16% increase in revenues. The bank is also profitable – whether that will complicate investors’ valuation models for a growth stock is unclear – growing net profit by 179% in the second quarter of 2019 when compared to 2018.

Bankers on the IPO are working this week in two teams (Blue and Green), with BTG Pactual and Caixa mandating Banco Santander Brasil and Morgan Stanley to work alongside their investment banking teams to present the bank’s news story to investors in London, the US and Brazil.

The bank has ambitions to become a full service lender to Brazil’s lower income classes (C, D and E) – moving beyond its focus on secured payroll loans and vehicle loans.

As well as this repositioning by Banco Pan, XP Investimentos is moving beyond investments and brokerage and becoming a full service bank; Bradesco has launched a quasi-standalone digital bank; Banco Safra has announced it intends to move into retail banking (beyond its private banking focus) and purely digital banking startups such as Banco Inter, Nubank and Banco Original are adding fierce competition to the digital platforms offered by the incumbent banks.

“[The growth in digital competition] is not impacting the broad results of the big banks yet but it has been provoking more concern about the future competition in these segments,” says Luis Santacreu, banking analyst at local Brazilian ratings agency Austin. “The big banks are closing high street branches and stimulating the usage of their apps and internet banking.”

According to Domingos Falavina, head of Latin America financials at JPMorgan, most of the strongest fintechs started out in the payment space but are now evolving to other banking areas as profits have been shifting away from payments into issuance and other areas.

“Overall, we see Brazil with some unusually high banking fees. Fees to total revenues are at 35% when compared to 18% for most other LatAm countries,” says Falavina.

He adds that the unusually high profitability caught the attention of potential competitors, first on payments, as the sector had disproportionally high ebitda margins and profit pools large enough to attract competition.

“Now other banking fees are standing out,” he says. “For example, we estimate Brazilian banks earned R$30-35 billion of current account fees in 2018 alone, which represents between 20% and 22% of total banking fees in Brazil, compared to between 1% and 2% in the US. As banks shift profitability into different products, fintechs adapt to compete in other areas.”

Frederic de Mariz, executive director at UBS, says the valuations of the incumbents are flashing a warning: “The bank stocks globally have the lowest multiples of any sector other than the auto sector. So the market is telling us that something is broken for these banks. Investors are looking for new ideas and new opportunities in this sector.”

Falavina agrees: “Brazilian banks are lagging Ibovespa year-to-date, and fee pressure seems to explain part of it. For years banks’ fees grew about [twice the rate of inflation]. Today we see banking fees growing at low-single-digit levels, just in line with inflation, with some banks in some quarters close to zero. Another example is card-acquiring operations, which have printed substantial profit contractions as new players such as Stone and PagSeguro enter the market.”

De Mariz says that investors think the wave of entrants into the Brazilian financial services sector will have a rapid and transformative change: “The consensus is that the banking sector is going through a tremendous transformation, which is going to be relatively fast. It is more likely to last about five years than a generation, and those companies that emerge as leaders from that transformation will be very valuable companies.

“The difficulty is that it’s unclear which companies will emerge: will it be the incumbents, or one of today’s new tech-enabled companies, like brokers, digital banks, or even an e-commerce platform? The winners could come from anywhere, which makes picking the winning stocks today so difficult.”

Faced with this challenge, many investors are taking a ‘Softbank’ approach to spreading their bets. One banker uses the old venture capital term of “spray and pray”.

“The big banks understand how the other banks function – and they know the strengths and weaknesses of the banks against which they have been competing for decades. It’s more difficult when they have to go up against new players.”

He also thinks the threat from e-commerce or other tech firms is a huge unknown quantity: “Any of these companies could have a substantial impact,” he says. “Imagine, for example, an app that customers use on a daily basis that starts offering financial services ‒ engagement is a big consideration in fintech, and that would represent a new and big challenge for the large banks.”